It’s been 100 years since we, women, have been given a legal permission from men, to vote on matters that impact our day to day lives. This 8th March, I will be joining the Women’s Strike because we still earn 14% less than men – meaning that from 10th November, our paid work is free. We still hear of women being killed, mutilated, tortured, dumped in rivers. We still pay tax on the tampons we use during our periods, we still continue to be chosen on the basis of sexual purity and discriminated for having sexual desires. We are still being blamed for the times men rape us, we are still not protected by the police when we are victims of domestic violence, we are still being judged on the basis of our skin colour, we are still being stigmatised based on our race and gender preferences. Can it ever change? yes it can, how? through an Emotional Revolution we must all start today.

Why we need an Emotional revolution

An emotional revolution is a way of allowing and giving ourselves permission to challenge those who we feel are discriminating, disrespecting and abusing of our gender.

Despite the many national and international mobilizations of women’s rights activists and women´s organisations across the world, we, women, still face social and emotional disadvantage in relation to men. At this very moment, many women around the world and across cultures are still putting up with the disadvantages we are often born to, raised or married to, millions of women are still earning less than men, seeing their brothers going to university instead of them, being married as a child,  having to endlessly cook and clean for free, having domestic responsibility without pay, with being ‘the one’ responsible to keeping families together, and being discriminated for our natural sexual desires.

We strike, we march, we protest, we campaign, we denounce, and these actions are great. However, we need more, we can’t afford to be marching and striking for the next 100 years. We must take our movement with us, individually, on a daily basis, outside those energetic marches we attend. Today I want to challenge you to do just that.

How can you lead your own Emotional revolution?

Start by becoming aware of the times you have felt or continue to feel uncomfortable by comments your relatives, partner, colleagues and people you relate with making about you and your womanhood.

I am confident you will have at least one opportunity a day to challenge someone who addresses you differently to men just because you are a woman. I encourage you to be more aware of your place in society, think what your race, your relationship status, your housing status, work status, migration status, body shape, level of education, motherhood (or not), and any other status you might have represents and evokes in society.

These statuses are the ones we are being attacked for – why? I would argue that a sense of societal entitlement drives such attacks. You and I can change that. By saying no and enough to relic social conditions on our gender, we rebel in a way where we teach.

Can an Emotional revolution work?

Absolutely. As a mental health professional, I have come to two conclusions:

The rather ironic fascinating aspect of all is that in the years I have worked as a mental health professional and the activism I have participated in, many, including men, want to support our women’s rights and want an equal balance of gender, however, given the number of years in which society has been conditioned to treat our womanhood the way it does, the result is a society filled with people who have no understanding of what equal gender really means or how to go on about it. They have not experienced it themselves, their long-standing entitlement and privilege have kept them away from our realities, experiences and distress.

So it is time to challenge and re-educate

You might feel there is no point, and I can’t blame you, however, if you give yourself permission to challenge those who attack your womanhood, you will not only create respect for yourself you will also contribute to re-educating a person who will ultimately re-educate someone else.

The ripple effect will go on and on.

For example, I once worked with a male colleague who asked me to help him with a task. I responded that as I was busy at that moment, I would help him later. He responded that I had to do it, because as ‘I was just an administrator’ and he was senior than me. I took this to my senior manager whose response to me was: ‘don’t take it personally, that’s how he is.’ I chose, however, to formally address this incident not only because in fact, I held the senior position, but mainly because I knew that my intervention would have an impact: members of staff learned that he could not continue to address women as though they are less than him. He also learned that I was in the position of seniority – a fact that he had likely overlooked or dismissed simply because of my gender. Though this action might seem small, in hindsight, to me this intervention became the beginning of a re-education process of respect of my gender within my workplace, damning evidence that small steps can lead to big change.

Do not confuse challenging and re-educating with aggression

This Emotional Revolution invites you to be aware of the times your womanhood is attacked and gives you emotional permission to challenge those who challenge you. It is not about violence or aggression; we will get angry- anger being a very healthy feeling which guides us when our core systems are being triggered– however, we will not solve our gender inequality by becoming abusers ourselves.

The emotional revolution is not against men and their existence: our revolution will get to the many who are willing to learn how to respect us, how to treat their daughters, sisters, mothers, friends and partners in a respectful, nurturing way they have not been socially conditioned, taught or have experienced before.

To all women striking today, Thursday 8th March, thank you for being you and the passion you have for our womanhood. Lead and disseminate this Emotional Revolution, have patience in this process, with yourself and with others, our individual actions will bring the mass collective changes we want.

What we can expect happening from this new Emotional Revolution

I like to think and feel confident our Emotional Revolution will:

And finally, to know that our Emotional Revolution will rid us of the need to march ever again for our rights to be respected, that it will set us free.

To all women joining us at the Women’s Strike on 8th March, come join us at Russell Square at 1pm, bring pots and pans and refuse to do work that day. Come along prepared with a one minute paragraph with #whyIstrike and feel free to ask to read it out during the human mic segments. Also, remember there will be childcare provided. If you can’t strike, remember you can still support the #westrike action by wearing read and talking to friends, colleagues and relatives to do the same. There is also a small fund for those who will lose income for striking, do get in touch with the team on if this affects you. 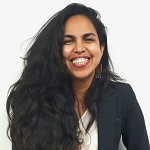 Claudia Turbet-Delof, is a 37 years old woman, Bolivian national that emigrated to the UK over a decade ago. Claudia fights for the rights of women and young girls rights as she was victim of child sexual abuse and of gender inequality when she was forced to turn down two international scholarships to study Medicine in order to to work to support her family instead. Claudia is a MBACP Person Centred Counsellor, Founder of The Counselling Space, School Governor, and Member of The London Latinxs and United Voices of the World.

Bad Behavior has blocked 473 access attempts in the last 7 days.