As someone interested in gender and its relationships with security, peace and conflict, I am often asked about the relevance of gender to understanding these phenomena. What does a gender perspective bring to the study of global politics, to our understanding of war, and to our attempts to build peace? What does feminist theory say about international relations (IR) as processes and as an area of study, about knowledge and how we know what we claim to know? There are myriad answers to these questions, but the short answer is: gender matters. That gender matters is made even more evident by recent attacks on gender studies as a discipline, and the rise of ‘anti-gender’ movements more broadly. These movements challenge the non-binary understanding of gender expounded by feminist and gender scholars, while simultaneously cloaking themselves in particular conservative and patriarchal notions of gender and families. In this way anti-gender movements demonstrate the continued centrality of gender to global politics and to the discipline of IR.

Gender – a lens that pays attention to socially mediated identities, to structures that mediate experience, and to the logics that prioritise some values while devaluing others – “makes the world go round”.[1] Gender shapes who speaks on what and why, how information is processed or interpreted, what foreign policy or military decisions are seen as rational and proportionate, and what is constructed as constituting ‘global politics’ and thus what is a legitimate topic of study in IR. Whether or not it is acknowledged, gender constitutes and is constituted by processes of security, conflict and peace and this is what feminist and gender IR scholars seek to expose and examine in their work.

But IR as a discipline has often proved reluctant to acknowledge its gendered nature, and to allow feminist insights to restructure and challenge its foundations. Early feminist contributions to IR often spoke directly to the challenge of having ones work taken as legitimate in a discipline that frequently renders anything ‘gender’, ‘feminist’ or ‘women’ as peripheral to its focus on the high-level politics of states, diplomacy and war. Jacqui True and Ann Tickner have demonstrated, though, it is not “feminism that came late to IR, but IR that came late to feminism.” Feminist IR is intertwined with feminist activism and has a deeply normative agenda. Although frequently written out of history books, feminist activists have supported movements for both peace and war, which has included colonial and interventionist agendas. There are then a multiplicity of feminist epistemologies and ontologies of gender in and of international relations.

In teaching gender remains marginal in many IR departments and is often relegated to its ‘week’. Despite the array of feminist contributions to IR, and the many meanings that ‘gender’ has taken on in these works, gender is often given short shrift, taught as singular and as largely attached to women’s bodies. In my own experience, when I asked students to reflect on their learning in an upper-level undergraduate Gender and IR course, almost all spoke on the politics of their prior learning, on how gender was framed as marginal or taught with seeming reluctance. They, as feminist and gender scholars so often do, saw the connections on the gendered nature of global politics and the (gendered) study of global politics. Nonetheless, over the preceding decades, scholars and activists have carved out significant space in both academic and policy fields, with notable successes in the latter pertaining to gender mainstreaming in global governance and the Security Council’s adoption of the Women, Peace and Security Agenda.

But ‘gender’, including the study of gender, has now entered onto the political agenda in another way. It has become a specific target of conservative, right and religious actors in state and regional politics, and the space carved out by feminist activists and scholars is being explicitly threatened. A recent example was the declaration of the Hungarian governments intention to ban Gender Studies at state universities. (Gender Studies is interdisciplinary and broader than gender in IR, but this is the position from which I work and thus the questions on which I reflect.) ‘Gender’, as a diffuse empty signifier, has been identified by ‘illiberal’ and conservative politicians as a threat to values and to nations. In Hungary, the debate has framed Gender Studies as ‘ideology’ and as inconsistent with the cultural values of the state. For example, in 2017 the Hungarian Minister for Human Resources wrote in a letter that “gender studies…can be called ideology rather than science…The content of the course stands against the government’s value system about human beings.”

In this way gender is no longer an underlying force that activists and scholars seek to identify and expose, but has become an explicit subject within both state and transnational politics. Gender, in this sense, has found policy traction in a manner quite the opposite to what has been envisioned by feminist activists. Through targeted attacks from conservative parties, the term ‘gender’ has been weaponised to advance state interests that shore-up centralised and authoritarian regimes. The attacks on gender studies constitute an attempt by state authorities to delimit the reach of research frameworks that fundamentally challenge their practice of exclusive politics, and have, at least in the Hungarian case, a clear ideological basis. Moves to defund or ban gender studies are targeting understandings of gender as socially and politically produced and performed phenomena in order to defend a binary, patriarchal and heteronormative world view shared by the transnational ‘anti-gender’ forces.

In seeking to silence gender studies as an academic discipline, however, such moves are demonstrative of gendered power in global politics and, somewhat ironically, signify impetus for examining the gendered logics that inform state and transnational politics. The rise of ‘anti-gender’ populism, alarmingly, makes explicit the centrality of gender to global politics.  How else can we understand how ‘gender ideology’ is constructed as threat? How else do we understand why particular notions of family and the gender hierarchies therein are fundamental to the consolidation of state power? How else to understand why states claim the study of gender has no societal or economic benefit, despite evidence to the contrary? How else to understand the ways that gender and sexuality have figured in debates on EU association in post-Soviet spaces?

Gender is made visible in a particular way through ‘anti-gender’ discourses and it is a critical intersectional feminist lens – one that must pay attention to class, race, ethnicity, religion, sexuality and ability – that is the precise tool necessary to examine and uncover these processes, because ‘anti-gender’ movements also mobilise unequal and discriminatory norms around race, ethnicity, religion, and sexuality (to draw on the Hungarian example again, the move to ban gender studies presents ‘gender ideology’ as a threat to heteronormative, Christian – and white – ‘family values’). In the rise of anti-gender populism, and especially the targeting of gender as an area of study, it is possible to see what feminist scholars and activists have long argued: that gender is constructed and wielded in particular ways, to police behaviour and justify political regimes, and to further political interests. Far from simply being a social or embodied phenomenon, gendered power, order and logics are fundamental to local, state, and international politics. In this way, these forces are best understood not necessarily as ‘anti-gender’, but against a certain framing of gender and the normative project it suggests. The label ‘anti-gender’ belies the centrality of gender orders to conservative and far-right politicking, and the ways in which gender norms, particularly relating to ideas of hetero and hierarchical family structures, entwine with and embed state power, at home and abroad. Rather than highlighting the ineffectual and irrelevant study of gender and politics – as those who seek to restrict such research claim – ‘anti-gender’ moves make explicit the inherently gendered nature of state and inter-state power. 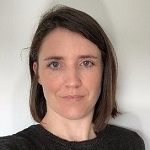 Sarah Smith is Visiting Assistant Professor in the Department of Gender Studies at Central European University, Budapest. Sarah’s research examines gender in peace and security, international institutions, and security governance, using critical, feminist, and post-colonial theory. She has lectured in international relations, security and conflict resolution at Monash University, Swinburne University, and Australian Catholic University, in Melbourne, Australia. Her work has been published with Australian Journal of International Affairs, Global Change, Peace and Security, and Manchester University Press. Her forthcoming book is Gendering peace: UN peacebuilding in Timor-Leste (Routledge, 2019). You can find her on Twitter at @sj_smith418

[1] This quote is the title of the first chapter in: Cynthia Enloe Bananas, beaches and bases: making feminist sense of international politics (Berkeley: University of California Press, 2014).

Bad Behavior has blocked 1695 access attempts in the last 7 days.