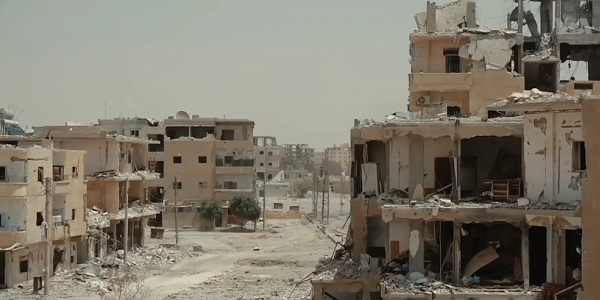 Since I wrote that so-called Islamic State (known as Daesh or ISIS) is a proto-state in Revisiting Gendered States in early 2018, it no longer governs territory the size of Britain. This has led many to anticipate its imminent demise as a governing entity, reducing its status to that of terrorist or insurgent group. I argue that such predictions and minimising of its control are overly optimistic. By using gender analysis to understand how Daesh governed while it had territory, through three gendered mechanisms: MuslimWoman, WarriorMonk and StreetViolence, we can see that Daesh remains a proto-state regardless of formal territorial control.

The MuslimWoman and the WarriorMonk feature heavily in Daesh’s propaganda. The MuslimWoman lives a domesticated pious life devoted to the Caliphate and her WarriorMonk. The WarriorMonk is wedded to family, faith and fighting. Taken as two ‘ideal citizen-types’ of Daesh, we can see how they motivate or shame ISIS supporters; addressed together we can see how Daesh governed. The relationship between the MuslimWoman and WarriorMonk relies upon clearly defined gendered hierarchies, where the latter is obligated to and rewarded for protecting the former. European MuslimWomen who joined Daesh reported how much safer they were under the protection of ‘real men’, WarriorMonks, who they contrast with weak, oppressed Muslim men living in the West.  Young women, such as Shamima Begum, who last week said she wants to return home, were crucial to legitimising the Caliphate Utopian project. Patronising chivalric relations only make sense if there is perpetual insecurity. This leads to the third mechanism of Daesh control: StreetViolence. Governing via a crude protection-racket, WarriorMonks implemented and conjured Daesh into existence as an entity. Shamima Begum’s interview last week highlights the violence: she talked of seeing severed heads of executed people dumped in bins, and how people accused of spying were tortured by Daesh fighters. Although facing a catastrophic loss of territory, Daesh, and its power, is made real through its place-specific embodied violence which is not only spectacular but challenges pre-existing modes of living. This constant antagonising of local and traditional ways of life, and wresting authority and wealth away from existing structures, is what makes Daesh a proto-state, regardless of how much territory (or not) it formally controls.

A recent report from Amnesty International highlights Daesh’s rural ‘place-destruction’. Irrigation wells were sabotaged, orchards chopped down, and electricity lines stolen. One farmer reported, “[w]e have come back to dead land. It’s as if we never worked here at all.” This is not simply about economics but removing ways of life. Oxfam’s report highlights that, in rural contexts where women had worked in the fields or undertaken farm work, Daesh’s prohibition on women’s employment, and family members’ masculinity becoming linked to keeping women safe, confined women indoors. This correlated with a rise in domestic violence and with women’s suicide attempts as they could not escape the violence inside or outside. Obliteration of local shrines accompanied this destruction and confinement. Here we see the physical destruction of the old ‘monastic order’ to reconstruct the WarriorMonk of Daesh. This also physically removed public spaces for women to congregate, further isolating and distancing them from politics. The romanticised, idealised, domesticated MuslimWoman of Daesh is consequently affirmed in everyday practices even by those who did not, do not, support them. Similarly, the WarriorMonk has become the hegemonic masculine norm. Sons reported their fathers for not supporting Daesh, becoming heads of households, upending the traditional patriarchal order through new models of authority via piety and obedience to Daesh, not family. In post-caliphate Iraq and Syria, Daesh is still targeting traditional community leaders; as Michael Knights argues, “that affects every single person in that village… they know ISIS can walk into that village, kill the most important there and leave.” The failure to rebuild rural Iraq means women’s return to the public sphere is hampered, and intra-familial violence combined with ongoing fears of Daesh’s returning, make it more likely that power will remain structured in their mould.

Given reports of Daesh fighters still totalling 28,000-32,000, we must be wary of prematurely pronouncing Daesh’s demise and obliteration. As Charlie Winter and Haroro Ingram caution, we must not lose sight of ongoing ‘off-line efforts’, including a marked increase in spectacular acts of violence with high causalities across Iraq and Syria. According to Maj General Patrick Roberson, these efforts could be interpreted as signs of a desperate organisation, but to see Daesh as in decline because they engage in terrorist style tactics is to ignore the symbolic and material nature of their earlier violence. It is no surprise that they claim responsibility for the recent Strasbourg attack or for the spike in attacks in Kirkuk in 2018. When violence is carried out by women within the Caliphate it disrupts Daesh’s gender order; while this perpetuates governance through StreetViolence it signals a loss of control. The idea of a realised caliphate is declining in Daesh rhetoric; in its place is constant emphasis of a glorified ‘golden age’, a collective ‘memory’ that unites its members and affiliated organisations across the globe. We see in Rumiyah (Daesh’s current magazine) how the ways in which fighters draw strength from past violence, former Daesh martyrs, and lionized days of the caliphate, are keeping the group alive. Current tactics confirm the WarriorMonk as the model fighter and demonstrate adherence to their aesthetic of violence, as laid out in Nazim’s The Management of Savagery (a foundational Jihadist text). So we see that this violence is not accidental, nor a significant departure from their earlier modes of governing. It’s worth remembering that Daesh had the foresight to plant mines, “…not just under the streets, but under the gardens. They even planted devices under the mattresses, under the floor tiles and under the fridges.” StreetViolence continues as well in Daesh’s current operations and in the memories of survivors. This violence shows how proto-states become inscribed and embodied through coercion, and the paradoxical significance of territory.

Daesh’s gendered mechanisms of control, the Muslimwoman, WarriorMonk and StreetViolence, continue in Iraq and Syria, despite the loss of territory. Daesh exists in a state of flux and so competes with prior ways of life and forms of authority through place-destruction, re-working of gender relations and the division of labour, and via extreme violence. It is only with a gendered analysis that the complexities of Daesh’s modes of governance become clear. Without looking at gender, it is too easy to focus on raw numbers killed or kilometres liberated, and miss the world and group-building significance of who carries out, in whose name, and where the violence continues. 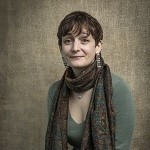 Dr Katherine E. Brown is a senior lecturer in Islamic Studies at the University of Birmingham. Her work focuses on Muslim women’s participation in radical and violent religious groups, as well as the differential gendered impacts of countering radicalisation policies and programmes on religious communities. Her forthcoming monograph on gender and countering radicalisation will be published by Oxford University Press. Twitter: @K_E_Brown27.