To mark 30 years of ‘intersectionality’ since Professor Kimberlé Crenshaw coined the concept in her article ‘Demarginalizing the Intersection of Race and Sex’, the Department of Gender Studies, LSE organised a day-long celebration on 29 May 2019. The conference showcased scholarly and activist reflections underlining the centrality of intersectionality and its conceptual purchase across disciplines and locations. This series of posts is a selection of interventions presented at the conference but also essays by students and scholars thinking through intersectionality.

This contribution to the panel on “Knowledge Struggles” is an open letter to students. It was torn out of and recrafted—the night before the conference—from what would have been a more formal academic presentation. 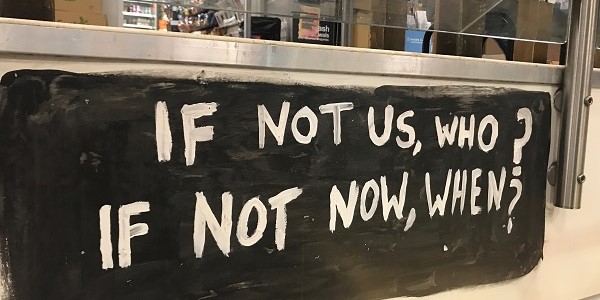 I write to you today from the LSE as we mark 30 years of intersectionality scholarship. Just over 30 years ago, I graduated from this same place. Perhaps, like you, I left feeling endowed. And a little adrift.

She saunters dreamy ahead
One foot in 1984
the other here
still bewildered to be on this side of the doors
this side of the podium.
Fly. Jaunt.
Catch her up
Let a kiss from a gossamer wing
waft sun-warmed hope
across her upturned face.

In 2019, we live in times of emboldened white supremacy. Make America Great Again! Britain First!, the growth of far-right and nationalist parties across the globe, the reemergence of race science. I’ve been watching and learning from your struggles to decolonise the university[1] and have some thoughts.

What I offer first is more of an injunction: Don’t trust me. To be blunt, we can’t leave the decolonialising agenda to the humanities and social sciences. In this we must refuse disciplinary nationalism and decadence. There is an urgency for us to talk to and learn from those in other disciplines—chemists, biologists as well as architects and urban planners, those working in the animal, earth and paleo-sciences—so that Black and Brown lives are fully valued and can flourish.

To be more concrete: floods, heat, drought, turbulent weather events, as well as long histories of gendered racism are impacting upon bodies whose life chances and well-being have already been corroded by colonialism and slavery. This slow-moving and dispersed erosion has been named ‘weathering’ by Arline Geronimos, an idea further fleshed out by Christina Sharpe.

In central Africa, where up to 90% of Lake Chad has disappeared, nomadic indigenous peoples have been the hardest hit. As the lake’s shoreline recedes, women have to walk further to collect water. They are left to care for their communities in the longer dry seasons when men leave for work in the towns. Globally, women are more likely to experience poverty. At the time of Hurricane Katrina in 2005, more than half of low-income families in New Orleans were headed by lone parenting mothers. Like some of you they survive, and often thrive, in the embrace of community networks. The displacement after Katrina shattered those lifelines, increasing the vulnerability of women and children.

This is why decolonising the university must open up greater transdisciplinary dialogue and activism, so that the maintenance of regimes of bodily precarity and slow violence for communities exiled into social peripheries is recognised and taken seriously. As Denise Ferreira da Silva reminds us, a black feminist decolonising poethics imagines and images the world without separability, as a commons, an ecology.

My second offering concerns debilitation and the crisis of health and well-being in the neoliberal university. Again, I have learnt more about these harms from some of you; of how the racialised gendering of power lines in universities flows through the implicit expectation that you will endure the pain and injury that comes not only from living with but also resisting circuits of political suffocation.

Last year in class we read out aloud lines and words from A Small Needful Fact, written by Ross Gay for Eric Garner.[2] The small needful fact we discovered was that Eric Garner worked in horticulture. In seeding and tending to plants, there grew “in all likelihood” the chance that some of Eric’s plants offered a home and sustenance for “small and necessary creatures” and in continuing to grow they became a part of a bigger cycle of life-giving:

Later, I came across another needful fact about Eric Garner. Early in 2018, his 27-year-old daughter Erica, who also had asthma, died of a heart attack related to her asthma. Erica was an activist. She too cultivated the world to make it easier for us to breathe. Melissa Harris Perry writing in Elle, articulated a collective rage at Erica’s death. “We are angry” Harris Perry wrote, “because Erica was unique, special, and wholly original, and because the burdens and vulnerabilities which likely contributed to her shockingly brief life expose deep and deadly inequalities facing black women as a group. The abrupt loss of Erica Garner is more than an individual tragedy; her death, like her father’s, is a public lesson in American inequality wrought on a fragile human body for all of us to see. For Erica, there is no video and no villain, but Erica Garner’s story matters all the same.”

And your stories matter. I say this because I am aware that with the joy, play and pleasures of learning, academic life takes its toll, weighing heavy on some of us. Did you know Black women make up just 0.1% of professors in the UK? Many of these women have faced bullying, abuse and what Nicola Rollock has identified as “institutional’ neglect”. A report published in 2017 found that 32% of PhD students were at risk of having or developing a psychiatric disorder, especially depression. The paper did not investigate the experiences of Black women and women of colour, but my own experiences of teaching and learning make me worry about how universities add to the weathering of Black and Brown women. At the same time you are doing the hard work of transforming our institutions for the better. Making them more breathable spaces. 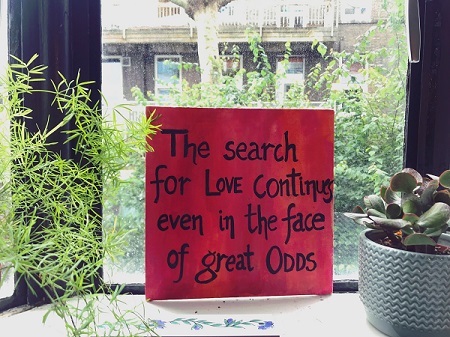 Photo/art credit: Niharika Pandit. The featured quote appears in ‘All About Love’ by bell hooks

When we come together, you and I, in this strange life-of-the-mind, ragbag community of ours, I try not to forget the differences and distances between us, the potential for misrecognition, displacements, abuse. I hear your #MeToo. As they slowly dismantle the university, sacrificing it on the altar of markets, as they decry you as hypersensitive snowflakes while harvesting the produce of your sense organs to sell student experience for league tables, I wonder if we should rejoin study elsewhere. I’ve never been at home here anyway. And I love my job. “After all, the subversive intellectual” Stefano Harney and Fred Moten write, “came under false pretenses, with bad documents, out of love…The university needs what she bears but cannot bear what she brings.”

Because poets say it best, again I need their help. The last poem I have in mind for you is from Sarah Howe. It’s about those small flies that so often end up flattened between the pages of a book. It brings to mind some of my journeys with intersectionality, of being transported to other possibilities, as well as those uncanny jolts of self-recognition that are inciting political puncta:

“More a midge really, flower-pressed: pent
in this hinged spread of my undergrad
Shakespeare. Down the page, a grey smudge
tinged with a rusty penumbra, like blood –
mine or its? Two sheer wings, stilled mid-word, trace out a glyph in a strange alphabet.
At empathy’s darkening pane we see/our own reflected face…”

So. I wish you well in your adventuring. Stay strong. Be brave and kind. Listen as if your life depended on it (it does). Dance. Live as fully as you can, without crushing more vulnerable souls. Your body is amazing. Look after it and thank it often. Discern how understanding hatred and violence can be love’s labour. Take your time to think but be quick to speak up. Most of all, I hope that there will always be a fly in your pages. 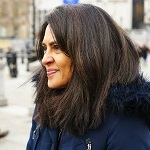 Yasmin Gunaratnam teaches sociology at Goldsmiths and tweets @YasminGun. Yasmin’s publications include Researching Race and Ethnicity: methods, knowledge and power (2003, Sage), Death and the Migrant (2013, Bloomsbury Academic) and the co-authored book Go Home? The Politics of Immigration Controversies (2017, Manchester University Press). Yasmin has edited nine collections and writes poems.  She is an editor of Feminist Review.

[1] Goldsmiths Anti-Racist Action (GARA) were occupying Deptford Town Hall at the time I gave this talk. As this piece goes to press they are still in occupation but have been served with a court order and asked to appear in court in 26th July. The students have demanded measures to support greater equality for staff, students and local communities. I thank them.

[2] On the 17 July 2019 the US Department of Justice made the decision that it will not bring federal charges against the New York City police officer Daniel Pantaleo who was filmed restraining Eric in what “appeared” to be a chokehold.  https://www.bbc.co.uk/news/world-us-canada-49008746