“If You Smile Sweetly”: Manoeuvring Gendered Experiences in the Field

“If You Smile Sweetly”: Manoeuvring Gendered Experiences in the Field 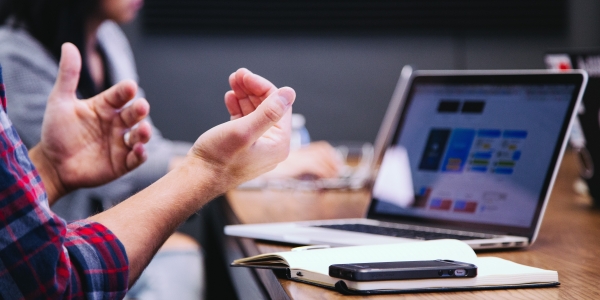 “You did not bring the correct letters to request an interview, but if you smile sweetly, we can talk in my office.”

I was in a government office in Indonesia, doing my fieldwork on the treatment of refugees in a city that was part of my multi-cited ethnography. I came with a formal letter requesting an interview and had attached with it a reference letter from my supervisor, and letters of reference for my research from national and provincial government institutions. Apparently, these letters were not enough to secure an interview but the official told me, albeit jokingly, that a sweet smile would. I did not smile. I politely asked why the letters I brought were insufficient. I looked him straight in the eye and was determined that I would not be the first to blink. He was the first to break eye contact before finally agreeing to a short interview but only after he made it clear he was doing me a favour and that I was violating protocol.

As I was fumbling through my bag to get my recorder, he asked questions about where I was from, where I lived, where I grew up, my ethnicity, and where my parents lived.

“I have been living in Jakarta for some time now, but I grew up in Makassar.”

“Makassar? I’ve never been there, but I have been to Manado,” he said, mentioning the capital of North Sulawesi. “Do you know what Manado stands for?”

“No,” I said, bracing myself for what I instinctively knew was coming.

“Menahan Nafsu Dosa (Controlling Lust is Sin),” he said laughing at his own joke, adding, “So when we’re there, we mustn’t control our lust.” Who he referred to as ‘we’ was unclear, but perhaps that was the point.

I kept a straight face, not reacting to his joke, but again maintained eye contact. Again, he was the first to break eye contact. Just then, his male colleague walked by the office and he repeated the joke. They both laughed.

This experience happened as I was nearing the end of thirteen-months of fieldwork in Indonesia. To be clear, most people – men and women, from governmental and non-governmental sectors – have been very respectful to me during interviews and other less formal discussions and interactions. Nonetheless, displays of male chauvinism would sometimes inevitably occur.

The first time I experienced such an encounter was during the first half of my field research trip, but at another government office in a different city. After agreeing to an interview, a male official asked, “Do you want to keep the office door opened or closed?” as he winked at me and looked at me slowly, from top to bottom. His words and gaze made it clear that he was drawing attention to the fact that I, a female researcher, was alone with him in his office.

When asked if I could record the interview, the official said, “Maybe later”, which I took to mean I should only take notes. He responded to questions without much care, only showing interest when he could somehow insert sex into the discussion. Asked why he thought refugees “caused anarchy” (as he put it) in his city, he described in detail how some refugees would have sex outside or with doors opened that made locals feel provoked. He would make explicit descriptions while watching my face in search of a reaction. A smug smile on his face. Asked whether he ever witnessed this himself or whether he had ever interacted directly with a refugee, he said, “No.” In the end, I cut the interview short because his answers were making me so uncomfortable that I wanted to leave.

The Relational and Emotive in Doing Research

As a researcher, I acknowledge the complex ways that a researcher’s identity and subjectivities influence encounters during fieldwork. Many have written on the subject and I have followed the work of feminist scholars (among others Haraway 1988, Rose 1997, Abbott 2007) who have made explicit the complex ways that gender, sex, and sexuality can colour experiences of doing research ‘in the field’. More recently, a growing body of work is uncovering the structures of oppression within academia. Some female researchers, such as Parra (2018), have written about their experiences with sexism while on fieldwork. A study by Clancy et al. (2014) shows that 64% of 658 respondents have experienced harassment and assault during scientific fieldwork.

Despite this understanding, I was still caught off guard during that first experience with the official whose interview left me fuming. Not only did I find the overall experience unpleasant, but I also felt that I had wasted the morning because my discomfort made me cut the interview short, leaving several questions I had unanswered and unexplored.

However, with the distance of time, I’ve come to regard this interview as an essential learning experience. It reminded me the importance of being aware and attentive to my emotions and feelings during fieldwork. Nencel (2005: 346-347) discusses three dimensions of feelings that are essential in the methodological terrain of research: feelings as emotions, feelings as an impulse for investigation, and feelings as an awareness of “receiving and perceiving meanings and emotions that are evoked and embodied”. Being sensitive to feelings allows a researcher to learn the unspoken, encoded messages that are rich with meanings that are often left out from what is verbally said. A lot of what angered me during the interview with the official were not the words he spoke, but the way he said them, where his gaze stopped on my body as he said it, and the cultural context which we were both a part of that allowed me to read between the lines.

Wolcott (1995: 29-33) describes fieldwork as both a craft that can be taught and an artistic endeavour that relies heavily on the strengthening of researchers’ imagination and intuitions through practice. Therefore, valuing what and how we feel during fieldwork and exchanging experiences with fellow researchers can be as valuable to our learning processes as the dos and don’ts taught in research methodology courses. With this in mind, I asked several female friends how they’ve responded to sexist and inappropriate jokes and comments at the workplace or when doing research. Every friend I spoke to had similar or worse experiences to mine. Most said they would not comment, some said they felt forced to laugh along, and in rare cases, a friend said she would speak up. People’s responses were contextual and often depended on how much power the joker or commenter had over their work.

Reflecting on power relations embedded in my fieldwork, I realised I was fortunate to have more room to make decisions that felt ‘right’ for me. I was doing fieldwork in my own country where I spoke the language and had a support system, even though some of the research sites were cities that I was unfamiliar with. Further, I was able to develop friendly and positive relationships with most research participants, even though I might not necessarily share their points of view. This, along with the fact that my research methods generated different sources of data, meant that I was not dependent on the individuals who made me uncomfortable.

Bearing in mind my positionality during fieldwork, I ultimately decided that laughing along was not an option for me. However, this does not mean verbal confrontation is an easy alternative. My reputation and ability to build rapport are essential to my research. The relatively small network of institutions involved in the treatment of refugees in Indonesia mean that offending some can potentially affect my ability to access others. Moreover, I recognise that different jokes and comments have different weight. While some are seemingly made with the intention of making me feel uncomfortable or objectified, others were not necessarily made at my expense and could be interpreted as “ice-breakers” in a context where sexism is often normalised.

Furthermore, there are many different ways to show disagreement without using words. I decided if I didn’t feel comfortable enough to speak up against jokes or comments that I personally felt were inappropriate and sexist, I could show my disapproval through my body language. I made a commitment to look straight into the joker’s eyes and give him a second to realise that I was not going to laugh along or validate the comments, before politely, but sternly, returning the conversation back to my research topic.

I do not know whether doing so changed people’s behaviour. The official mentioned in the reflection with which I started this article did not make other inappropriate remarks after his ‘Manado’ joke, but there is no way to know whether that was because of my reaction or because he simply did not have any more to say. What it did do was allow me to regain some power over situations where a male informant used these jokes and comments as a way to put me, a female researcher requesting information, in ‘my place’. I have found that each time I have done this, the person making the joke or comment is always the first to look away and break eye contact. The discomfort I am made to feel by the assertion of sexist jokes and inappropriate comments is met with the discomfort the joker seemed to feel by the direct, unbroken, gaze of a younger woman, especially when it isn’t softened by a sweet smile. 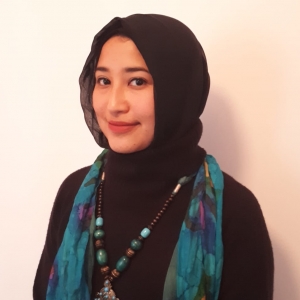 I am a PhD Candidate at the International Institute of Social Studies, Erasmus University Rotterdam. I am currently in the final year of my PhD programme, through which I combine media and policy analysis with ethnographic research on reactions in Indonesia to the presence of refugees from abroad. My research illustrates how the discourse of refugee reception in Indonesia must be situated in broader discourses of the state, the citizens, and the constructed boundaries and connections between the citizen and the refugee “other”. I am interested in doing research that discusses the complexities of people’s movements, their narratives of identity, emotions, and affect.