by Anushna Jha and Mehrin Shah 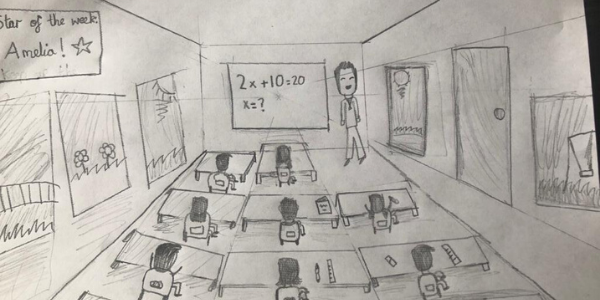 The role of education in advancing gender equality has long been part of the discourse on education, gender and development, exemplified by the Millennium Development Goal 3 to promote gender equality and empower women which envisioned education to play a primary role. The positive effects of education include improved maternal health, reduced infant mortality and fertility rates, increased prevention against HIV and AIDS, in addition to increased opportunities for women and girls. Policymakers and governments emphasise establishing gender parity in enrolment and attainment rates. What is not as much in focus is how gender equality is to be practised and promoted through education. The content of education is largely not being evaluated in terms of the attitudes, biases, stereotypes that it may entail and transmit. Despite increasing levels of gender parity in the number of students going to schools across countries, there is evidence of gender inequality and discrimination including gender-based violence. The message is clear – there is a crucial missing link between the promise of gender equality in education (also outlined in SDGs 4 and 5) and its realisation. Efforts that focus on bringing girls into schools fall short on ensuring that they are educated in gender-equal classrooms and schools.

In this article, we argue that working with children and young adults, through schools and colleges, and bringing them up to value and respect the importance of gender equality shall go a long way in making future generations free from gender-unequal beliefs and mindsets. Gender socialisation begins very early in the life cycle of an individual, thereby paving the way for young children to internalise gender roles, norms, and thus gender inequalities. Educational institutions, particularly schools, are places that equip children with fundamental life skills and thus are potentially powerful instruments to effect changes in mindsets. Moreover, given that an increasingly large section of children around the world go to schools, it would be prudent for policymakers and governments to channel efforts to promote gender equal values in its young citizens through schools. In doing so, other stakeholders including teachers, parents, academic and non-academic staff, and school administrations will have to be actively involved, which shall in turn also allow them to be exposed to gender-equal values and practices and question long-held beliefs and attitudes about gender. Culture and tradition are often invoked to fortify biases, stereotypes and unequal practices. It is thus imperative that we take a multi-pronged, integrated approach to overturn this strong socialisation process and forces that reinforce and perpetuate gender inequality and injustice.

Achieving gender equality through education needs a multi-pronged approach. There is evidence of effective small-scale initiatives around the world that opened up classrooms to gender-equal thoughts and practices. Drawing from these, following are proposed areas of intervention through which gender equality can be embedded in education practice.

A review of the school curriculum across grades may be useful in addressing gender biases that give rise to gender-based inequalities prevalent in society. While textbook material in subjects like Science and Mathematics may seem gender neutral, they too can reflect gender biases. For example, the number of female scientists may be miniscule as compared to male scientists in a textbook. Sometimes, they may be missing altogether. Or, the representation of a farmer in most textbooks is male despite the existence of many female farmers across the world. It is therefore imperative to audit textbooks for their gender sensitivity.

What happens inside a classroom is a critical determinant of how students learn. From the standpoint of gender, classroom interactions between the teacher and students and among students of different genders are important. For instance, if male students tend to participate more actively than girls during class discussions, it may be a consequence of internalized gender norms. Or, if in a mixed gender class, transgender students form a group of their own and do not interact with other students, it may be reflective of lack of acceptance and respect on the part of other students. These undercurrents of classroom dynamics may defeat the larger goal of inclusive education policies and thus must be addressed. Micro strategies that can be adopted by teachers include encouraging students of all genders to speak in class, voice opinions, and lead class activities. Careful selection of examples that are used in the teaching process, with a gender balance and demonstrative of transcending gender roles, shall help embed equality lessons in all subjects. A curriculum developed for the Sistema de Aprendizaje Tutorial, a secondary school program in Honduras designed to encourage teachers on how to use non-discriminatory methods, is a good example of how to practise equality in the teaching-learning process.

Gender awareness aims at increasing general sensitivity, understanding and knowledge about gender equality/inequality. It is a process which assists in improving understanding of the prevailing notions of gender roles and stereotypes; sharing ideas and developing the skills needed for a change in behaviour; and shedding preconceived notions. Multiple measures can be taken to create gender awareness and sensitize students. These include workshops in schools on understanding what is meant by consent; what are sexual and reproductive health rights (SRHR) and on gender as a non-binary concept. These workshops can be designed in age-appropriate ways so as to effectively influence students to view all genders equally and positively. Including real life examples that relate to students’ realities while teaching concepts, holding discussions on their gender-based experiences, listening to how they perceive their gender shall help open up their minds to conversations around gender. It shall also allow them to know and respect the lived realities of students of other genders. Activities such as theatre, music and quizzes can be conducted to increase gender awareness and sensitivity. An increase in their knowledge by these awareness sessions can play a crucial role in behavioural change and attitudinal transformation of these students which can significantly impact their actions in the long run.

While gender awareness and addressing the causes of gender-based violence are vital, they can only be affected when certain basic prerequisites are met. Closing gender gaps in enrolment is fundamental to any further lessons in equality. There are regions where girls are unable to go to school due to lack of accessibility, basic infrastructure like functioning toilets and drinking water facilities, safe public spaces and transport that will lead them to school. Safety and mobility audits of areas in and around schools from the perspective of whether children of all genders can freely and safely reach school is important.

The role of teachers in the learning process cannot be stressed enough. Their involvement is instrumental to bringing about attitudinal change in students vis-à-vis gender. Teacher education programmes need to be designed to include gender as a cross-cutting theme across subjects. Training in gender-sensitive pedagogy, working with students of all genders and aiding them to shed gender stereotypes is needed. Pre-service and in-service training must include modules on gender equality. Heads of schools form a critical connection between policy level initiatives and interventions on-ground. To embed gender equality in school practices, the head of school has a major role to play. School-level goal setting for initiatives and reforms, needed to effectively deliver gender equality lessons, needs to be led in accordance with larger scale policies. The non-teaching support staff in any educational institutions plays a very important role in determining the experience of students. It is thus critical to train them to act in ways that promote gender equal practices and also be aware of how to respond in situations when one student is being bullied or discriminated against. The onus of coordinating with and guiding teaching and non-teaching staff such that there is uniformity in the way the gender curriculum is imparted lies with the head. Additionally, schools can organize workshops and interactive sessions with parents so that they are in sync with the efforts schools are taking to impact gender equality lessons. In many cases, gender-based discrimination begins at home and thus is it imperative that parents be made conscious of attitudes and behaviour that may be gender-unequal.

It is vital to monitor and evaluate any intervention for various purposes- whether the intervention has been implemented successfully or not; whether there is an immediate need for a change in the implementation process or the intervention itself. Activity-based assessment of increase in awareness levels through questionnaires regarding knowledge of gender identities, sexual and reproductive health and rights, consent, gender biases can be conducted. Quizzes, plays, debates and writing activities can be used for the same. The functioning of cells aimed at addressing sexual harassment, inclusion of LGBTQI+ students can be evaluated in terms of policy/steps/initiatives taken to address the complaints/queries coming from students, and incidents of gender-based discrimination reported formally and informally.

It would be imprudent to expect an instant change in status quo vis-à-vis gender (in)equality with the implementation of the measures discussed above. In attempting a shift in attitudes and mindsets held over generations, the key would be consistency in interventions – attitudes and mindsets are deeply influenced by the embedded norms and values of any social fabric which on an average is a result of the socio-economic structure of the respective societies. However, implementation of well-defined interventions targeting the right audience shall definitely aid in changing the status quo – this needs a multi-pronged approach involving multiple actors and channelling strategies to achieve the common goal.

A multi-pronged approach is necessary and sustainable in case there is a backlash against any of the proposed strategies due to any reason – such an approach shall dilute the effect of an adverse event. For example, if culture and tradition are invoked to reverse the lessons of gender equality imparted in schools – which may be the case in some regions – a dialogue with parents would be critical. The interventions proposed in this piece are small steps towards bringing gender equality via education; it will take time but shall have long term implications keeping in mind the target audience of these interventions – the target audience being school children who are at the age where their brains are developing rapidly and most of their experiences are shaped and influenced by an outside element.

In the wake of persisting gender inequalities despite global and national commitments to achieving gender equality in education, it is imperative that we do not stop at bringing girls to schools and ensuring that they stay; we need to ensure that all children in schools learn and grow in a gender-equal space. That would be one of the ways of overturning gender socialisation that perpetuates gender inequalities. 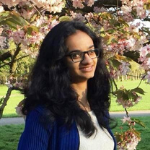 Anushna Jha (@anushnajha) completed a Master’s in Development Studies in 2018 from the department of International Development at the LSE. She is currently doing independent research on themes around education and gender in schools in Bihar, India. Until recently, she was Head of Research at Project Kal, a gender, education, and development organisation based in Bangalore, India. 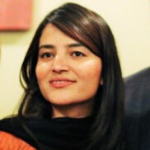 Mehrin Shah (@MehrinShah) completed a Master’s in Development Studies from the department of International Development at the LSE in 2018. She works as Policy Advisor with Ipas Pakistan office. Her primary research interest lies in public policy, especially in areas of poverty eradication, education, and gender.

Bad Behavior has blocked 561 access attempts in the last 7 days.