You might think that in this particular moment, when there are so many lives to grieve, and when hundreds of millions of people globally are desperate for vital medical and financial support, that it is not an appropriate time to “politicize” allegedly “non-essential” issues like transgender rights and transfeminism. This sentiment, however, is dangerous for many reasons. First of all, as has become horrifically clear, being named “essential” is a political, rather than material designation. It is not tied in any direct way to state care, provision, or protection. As Sujatha Gidla, a train conductor for the New York City MTA wrote in a recent op-ed for the New York Times, “We are not essential, we are sacrificial.”[1] At the same time, this demarcating of trans rights as “non-essential,” and as something inappropriate to raise during a pandemic, is precisely what the governments in the UK, US, and Hungary want you to think. Taking advantage of a moment when the world is suffering, these governments work to rush through legislation that targets trans folks generally, and trans children in particular. These legislative acts are new, but make no mistake: they are part of a longer history of attacks on trans communities, a history that is mutually shaped by classism, racism, heteronormativity, deportability, coloniality, and misogyny. Consistent to these attacks is their stripping of trans people of job security, legal recognition, safety, and freedom; and their relegating of trans access to healthcare as “elective” or “harmful” rather than “essential.” (The requisite question of “non-essential for whom?” once again needs to be begged to be asked.) Under current conditions of pandemic disaster politics, the framing of trans livelihoods as “non-essential” is being dangerously exploited to intensify the legislative attacks on trans flourishing.

Paying attention to who is being thrown under the bus in these times is urgently important, as part of what the responses to the pandemic are revealing are the fault lines around who, and what, is considered essential.[2] It is not a paradox, in other words, that as borders are clamped down globally and unemployment skyrockets, agricultural migrant workers from Romania are flown into Germany in unsafe and underpaid conditions, many of whom, Alyosxa Tudor notes, have since contracted coronavirus, and are then blamed for its spread. Or that as the first ten NHS doctors who have died of coronavirus (and PPE shortages) were Black, Asian and Minority Ethnic, that up to 90% of businesses owned by people of colour have been shut out of the US Paycheck Protection Program. Or that as the “household” is offered as the figurative and literal site of safety for the nation, that domestic abuse in the UK has increased at least 25%, and that those whose current “domicile” is captivity within the prison industrial complex are experiencing exponential rates of infection. Or, indeed, that at a time when conservative protesters in America are chanting “my body my choice” as a rallying cry to ignore health precautions and open the economy, legislatures in many states across the US are using this moment to restrict access to abortion services. These flashpoints are just a glimmer of the disaster politics set into motion by those in power during the pandemic.

Here in the UK, these disaster politics are targeting trans people, among many others.[3] On 22 April, 2020, Liz Truss, the UK Minister for Women and Equalities, made a statement to the Women and Equalities Select Committee setting out her priorities for the future of their work. Truss’ statement, which signaled dire warnings for trans rights in the UK, was most likely intentionally timed to be missed by many, overshadowed by reporting of the deaths of an additional 759 people in the UK that day (bringing the total number of officially counted deaths due to coronavirus to 18,100).[4] In her statement, Truss outlined three “important principles” that will guide the Committee’s response to the Government’s consultation on the Gender Recognition Act:

“First of all, the protection of single-sex spaces, which is extremely important. Secondly making sure that transgender adults are free to live their lives as they wish without fear of persecution, whilst maintaining the proper checks and balances in the system. Finally … making sure that the under 18s are protected from decisions that they could make, that are irreversible in the future.”

Articulating these principles through deceptively affirmative language (“transgender adults are free to live their lives as they wish…”), it is clear that Truss is working to camouflage the real effects and intents of her policy priorities. What her principles mark is a forthcoming official Governmental policy that will render trans people as an acute threat to women and children. In Truss’ model, trans people (who are only and always trans women) are distinct from women and children, and it is the government’s job to “protect” the boundaries of this distinction. As many have convincingly argued already, this legislative parsing out of trans women from other women is dangerous for all women, as the logics under which trans women are routinely discriminated against in employment, housing, healthcare, sport, and governmental support are blatantly misogynist. Protecting trans women from discrimination, on the other hand, sets a precedent which protects trans women and all other women from discrimination.

At the same time, what Truss is putting into place is a legislative impossibility: trans people, Truss suggests, can only ever be adults, as trans childhood itself becomes a paradox, a contradiction in terms. One can only have been a trans child; one can never simply be a trans child.[5] Truss’ statement signals that trans children’s access to gender affirmative services (which are vital such that trans children can become adults) will be under further threat in the UK, and that the already extensive, dangerous, and transphobic hoops that trans young people have to jump through to gain recognition will be intensified. This notion that transness is a threat to childhood is based on a moral panic that is as historically inaccurate as it is disingenuous.[6] It is premised on an assertion that trans children, and trans childhoods, are a “new” phenomenon. However, as Jules Gill-Peterson uncovers in her phenomenal book, Histories of the Transgender Child, this assumption ignores the fact that trans children have been medically (and socially) transitioning for decades. Trans children are not new, and they are not going anywhere, despite the attempts by conservative governments to legislate them out of existence. 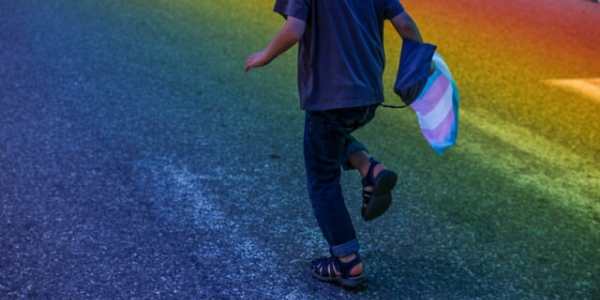 The tragedy of the UK’s future policies is made exponential by policies being signed into law globally. In Hungary, a draft law being considered by the government would effectively end all legal recognition for trans people. The bill stipulates that gender be defined as “biological sex at birth” and it would allow no possibilities for it to be changed. Hungary’s targeting of trans people is just the most recent incarnation of its current right wing government’s anti-gender politics. It was preceded by the country’s previous shutting down of Gender Studies as well as all academic research into migration.[7] Across Latin America, as Manuella Libardi reports for Open Democracy, and as Sonia Corrêa has written for Engenderings, gender-segregated rules for coronavirus lockdown are intersecting dangerously with various governments’ refusals to recognise trans folks’ gender identities. In Panama, for example, one’s gender marker on state ID cards can only be altered if one has had reassignment surgery, and thus many trans people are being forced into situations where they are harassed by members of the public, or are being fined and detained by police officers for having documentation that does not match their gender. In the US, as over 78,000 people have died and millions have lost their employer-based health insurance due to off the charts unemployment, the Trump administration is finalizing its eviscerating of the federal policies put in place by Obama which protected LGBT people from health care discrimination based on sex and gender identity. Additionally, in just the last few months, multiple states’ governments have introduced legislation – like Colorado’s “Protect Minors From Mutilation and Sterilization Act” – which seek to criminalize doctors for providing health care (such as puberty blockers or hormones) to trans patients under the age of 16. Just like the potential forthcoming policy in the UK, then, the US legislation which is seeking to make it illegal for doctors to provide medical support for trans children is done under the guise of child protection.

One of the more peculiar aspects of the coronavirus pandemic is that the virus was, at least for a while, understood to not be very effective against children. While new evidence is coming out daily that some children are indeed falling ill and dying from the virus, the assumption of children’s inherent immunity has been heralded as a strange sign of hope for future generations to thrive despite such horrific (and systematically exacerbated) circumstances. And yet, in this moment of childhood’s (viral) innocence, the governments of the UK, US, and Hungary are voracious in their appetite for pushing through policies that specifically target trans children. It appears that while children are somewhat less vulnerable to the virus itself, children on the margins, and trans children in particular, are being made hyper-vulnerable to the virus’ disaster politics set in motion by conservative governments. 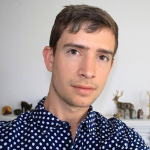 [1] In the UK, where essential workers are put on the frontline without adequate PPE, outrage at the Government’s sacrificing of key workers has led to the emergence of a weekly protest on Tuesdays, demanding that the government and private companies protect all key workers, and stop putting NHS workers at risk.

[2] It is also important to pay attention to who is profiting off mass death.

[3] For those able to support marginalized communities during these times, there are many important causes to donate to, including SWARM’s hardship fund for sex workers, the UK QTIBIPOC Emergency Relief & Hardship Fund, and the pandemic relief fund for LGBTQIA+ People Seeking Asylum.

[4] As of current writing (on 7 May), the total number of official UK deaths has just surpassed 30,000. It is now understood that the UK has the highest number of deaths due to coronavirus in all of Europe.

[5] See Kathryn Bond Stockton’s analysis of the ghostly gay child in The Queer Child for a similar argument about the logics of homophobia.

[6] One of the more egregious examples of this positioning of trans people as a threat to children and childhood is the 2015 video campaign of the Campaign for Houston. This campaign sought to bar trans people from using public restrooms, and its videos (which I shall not link to) evoked an image of the danger posed to young girls by sex offenders claiming to be trans women.

[7] For more on anti-gender politics, see the collection of writing here at Engenderings.