Indian Apathy and Systemic Violence against Women in Kashmir

Indian Apathy and Systemic Violence against Women in Kashmir

The reality of Indian democracy is most conspicuously exposed in Kashmir, a truth that no nationalist Indian wants to hear. On August 5, 2019, the Indian state stripped Kashmir of article-370 followed by the denial of very essential rights via regular crackdowns on the internet (4G network yet to be restored) and phone services, restriction on movement, prolonged lockdowns, and so on to make Kashmiri life even more wearisome. Besides, the routine humiliation —army and police checkpoints, surveillance, harassment, blockades, illegal detentions, profiling— that the people face has become a gruesome yet banal reality of their everyday existence.

The many faces of violence in Kashmir

Over the past three decades, the conflict in Kashmir has intensified; everyday life is affected by insurgency and an intensive militarization. Apart from the manifest physical crimes which include multiple rape cases against the Indian Armed Forces, killings of militants, and civilians, there are plenty of explicit fallouts of the conflict which involve the mental trauma of living in a conflict zone.

Corresponding to the complex nature of the conflict and its associated everyday struggles, the responses of women are also multifaceted. Some women express themselves by assertively participating in political spaces demanding civil and political rights. While others are unwillingly forced to take up new unconventional roles (such as the half-widows who are unexpectedly thrown into the public sphere of conflict to take up non-traditional roles) and yet for some stepping out alone even to their orchards is too much of a risk to take— as the accountability crisis is even worse in the rural areas of Kashmir.

For the half-widows of Kashmir (husband disappeared/taken away by security forces or militants) leading a dignified life can become a real challenge. In a typical Kashmiri society, women’s identity is intertwined with their husband’s once a woman is married off, she becomes the man’s responsibility. Thus, many of these women (half-widows) and their children get into a survival crisis with no source of income. Nyla Ali Khan an academic and the grand-daughter of Sheikh Abdullah, writes “the lack of closure in their lives makes their existence unbearable.” Yet at the same time, it is the vulnerability of these women which brings them together and facilitates building solidarity where they are bound by grief, struggle, and resistance states Goldie Osuri. While the sight of women searching and waiting outside the army camps/police stations for their sons, brothers, or husbands to get released is crushing; it also exposes women to the worst kind of public sphere in a conservative and highly militarized society. In these cases, the women are not only exposed to the suspicion of being an informer of the state but also to the harassment of the male-dominated bureaucratic system. Furthermore, the huge presence of Indian troops who are perceived as an occupational force by the locals creates apprehensions amongst the women and their families, leading to restricted movement of women in public spaces. It has in due course, also resulted in the excessive control of women and their bodies. 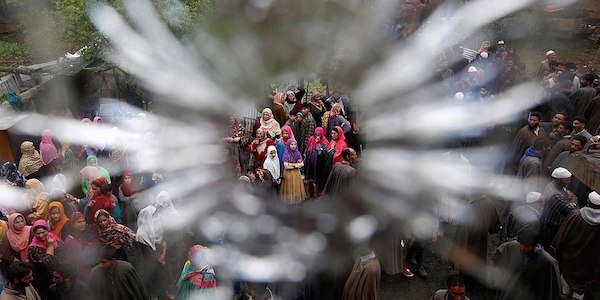 The apathy of the Indian audience

Except for a few Indian academicians, the people of India exhibit no political or moral responsibility towards the women of Kashmir. However, this does not mean that they are disinterested in the Kashmir issue; indeed, Kashmir has become a question of national pride as well as personal concern for many Indians wherein they claim that Kashmir is India’s atoot ang (internal part). Yet when it comes to the grave atrocities being committed on Kashmiris and its repercussions on the lives of women, they prefer to remain ignorant. As Balraj Puri — journalist and human rights activist precisely writes “(t)he Indian public are not so sensitive towards ‘anti-national’ Kashmir Muslims.”

In urban India, one can clearly observe some transformation in approach towards women’s rights or some tendencies towards feminist inclinations. I do not mean to deny here the widespread discrimination against women in India, predominantly Dalits. Nonetheless, there have also been some progressive movements in India lately, including the MeToo movement, protesting against rape and rape culture, the movement for spatial equality such as Sabarimala, and so on. However, the same society speaks with much discomfort and duplicity when it comes to the appalling brutality committed against women in Jammu and Kashmir. To quote a recent episode when some liberal groups organized a protest for Kathua rape and murder victim in Delhi, Aligarh, Mysore and other places once again only to underplay the context of the crime by framing it as another case of violence against women in India. Whereas, the whole political machination behind the brutal crime committed by upper-caste Hindu men supported by Hindu far-right groups to terrorize the Muslim Bakarwals (nomadic) community and to drive them out of Rasana (in Kathua) is largely overlooked in the popular Indian discourse. Even the supposedly liberal section of Indian society fails to recognize that the excesses committed on the women of Jammu and Kashmir cannot be fathomed without questioning the state’s impunity granted to the perpetrators— as in the rape case of Kunan Pashpora, Shopian and others (see Seema Qazi).

While on the contrary, an objectified image of a fair-skinned Kashmiri woman has become a common and casual part of everyday language in the heartland of India. One can easily encounter the bigotry towards Kashmiri women. I first encountered it when our north Indian friends jokingly would call Kashmiri guys Al-Qaeda, katwa (circumcised) which I suppose is used for Muslim men in general, Kashmiri musali (the word musali has many different meanings, however in this context, it means Kashmiri Muslim woman in a demeaning tone) for Kashmiri Muslim girls including myself. The recent demonstration of the sexist attitude penetrating the Indian society was also visible in the TikTok videos of men swaggering about the prospect of marrying a Kashmiri woman after the abrogation of the article- 370 on 5th August 2019. Kashmiri women have been routinely exoticized, the removal of article-370 has only highlighted an already naked reality of the Indian patriarchal fantasy of occupying the Kashmiri body. However, the irony of the situation is that equal rights for the women in Kashmir (itself a debatable issue) was stated as one of the foremost justifications for the removal of the article- 370.

The complicity of the Indian public and the association of Kashmir with Indian national pride has sustained this ‘sensationalization’ of the Kashmir conflict. Thus, even though Kashmir does not directly contribute to the elections in India on a massive scale, nonetheless definitely has an indirect bearing. As we witnessed after the Pulwama attack, the whole debate around the Indian election shifted to security and ultimately to Kashmir and terrorism. Afterward, to make the matter worse the Indian media furthered the prejudice, on the one hand by maintaining that everything is normal in Kashmir while on the other by calling for revenge both against Pakistan and the criminalized Kashmiris. Kashmiris were threatened, fired from jobs, driven out of their apartments, besides being beaten up in Kolkata, Maharashtra (Yavatmal), and other places.

The deep-seated prejudice in India towards Kashmiri women and men is also evident in the selective criminalization of Kashmiris typically—Ali Muhammad Bhat, Lattef Ahmad Waza, Mirza Nasir Hussain wrongfully imprisoned for 23 years, and recently a Kashmiri couple in Delhi, Jahanzaib Sami and Hina Bashir, arrested on alleged charges of links with ISI— as it is quite easy to picture Muslim and Kashmiri labels together with ‘beard and burqa’ as terrorists.

Hannah Arendt asserts that a crime against humanity becomes banal when it is committed in a routine and systematic way. The banality of evil makes people accept as well as justify the use of oppressive policies, to bring back those who have allegedly lost the right track or are misguided even at the cost of a huge humanitarian crisis.

The Indian leaders accuse Pakistan for all the troubles in Kashmir sometimes for legitimate reasons including infiltrating and training insurgent groups, but then attributing all the problems in Kashmir to Pakistan is deceptive. The dissent towards the Indian State is real, explicit, everywhere, and in every form, including armed movement, street protest, stone pelting, poetry, art, academia, and so on.

Hence, the framing of the azaadi movement as a manifestation of radical Islam and Kashmiris as troublesome, alleviate the necessity for the state to justify its actions in Kashmir. Likewise, the narrow-minded Indian popular discourse on violence towards Kashmiri women, which views it through the limited lens of law and order or solely from the point of view of a women’s rights narrative, does not really further the cause of Kashmiri women. It only divorces the systemic violence against them from the whole power principle of occupation which is really critical to untangle the political dynamics of gender, religion, and conflict in Kashmir. 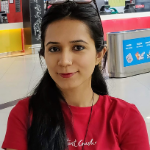 Zohra Batul is a Ph.D. researcher, at the Department of Political Science at Jamia Millia Islamia, New Delhi. Her main research interests are Religion, Public Sphere, Gender Politics, Conflict and Political Mobilization with a focus on South Asia (in particular Kashmir).

Bad Behavior has blocked 755 access attempts in the last 7 days.