Has the pandemic revealed the gendered fault-lines in India’s labour markets?

Has the pandemic revealed the gendered fault-lines in India’s labour markets?

By Mitali Nikore and Poorva Prabhu

In a recent piece on India’s labour markets, The Economist noted, “During the pandemic, women have typically been the first in India to lose their jobs and the last to regain them.” While COVID-19 has helped in shining a spotlight on gender gaps, Indian women’s marginalisation from labour markets is not new, it’s a tale that stretches over several decades. Our piece situates these gendered job and income losses in a historical context, highlighting that the decline in women’s labour force participation began not during COVID-19, but in the late 1980’s, nearly four decades ago. It has scarcely recovered since, and has only worsened during the pandemic.

Despite forming just 12% of the labour force, women bore a disproportionate share of the immediate impact of the national lockdown announced in March 2020. In just one month of the lockdown, 37% of women (15 million) lost their jobs versus 28% men (98 million). The women’s labour force contracted by 26% in April 2020 vs. April 2019, whereas the men’s labour force shrunk by 13%.

Gender gaps in labour force participation persisted throughout 2020-21 (Figure 1). The gender gap was at its peak in December 2020, when women’s labour force was 14% smaller than December 2019, vs. 1% smaller for men. In March 2021 the gap narrowed, but the onset of the second wave threatens these recent gains.

Moreover, women were pushed back into rural jobs in 2020-21. Between March 2020 to March 2021, the number of women employed in rural areas increased by 9.6%, while those employed in urban areas fell by 19.6%. This shift was much lower amongst men, with male rural employment increasing by 0.8%, and urban employment falling by 0.3%.

UN Women noted that in 2020, women’s employment was 19% more at risk than men’s globally. ILO research confirmed that unlike typical economic downturns, women dominated sectors such as textiles, retail, hospitality, and domestic work were at higher risk for job losses during COVID-19, as these involved high contact services.

Yet, the disproportionate job losses amongst Indian women were not a product of the COVID-19 pandemic. Rather, the economic crash following national and local lockdowns has exacerbated pre-existing gender inequalities in the labour market.

First, even at the start of the pandemic, India had amongst the lowest participation of women in the labour force worldwide. An examination of time series data over the last five decades shows that Indian women have consistently been leaving the labour force. Women’s labour force participation rate (proportion of working-age women seeking employment) declined from 47% in 1987 to 25% in 2018, vs. 92% to 76% for men.

Second, pre-existing occupational segregation made women particularly vulnerable to job and income losses. Between 1987 to 2018, the proportion of rural women employed in agriculture remained almost stagnant, going from 85% to 72%, vs. 75% to 53% for men. Urban women became confined to specific “feminised” job roles in the services sector, like teaching, nursing, hospitality, and beauty. Women-owned enterprises were concentrated in personal services (35%), apparel and textiles (31%), and food processing (15%). These sectors were hit hard by physical distancing norms and massive declines in demand. 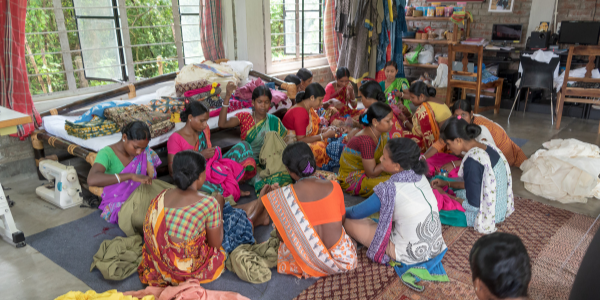 Photo credit to AROYBARMAN on istockphoto

Third, under prevailing cultural norms, women are expected to prioritise domestic work, sacrificing paid work in favour of care responsibilities in the home. Pre-COVID-19, working age women spent 5.6 hours on unpaid work, vs. 40 minutes for men (Time Use Survey, 2019). Nikore Associates’ consultations revealed that regardless of geography or occupation, women consistently reported an increase in domestic workload since the start of the pandemic. This has largely been driven by school closures, closures of childcare centres, increase in elderly care, and presence of husbands / male relatives for longer periods at home. Homemakers looking for employment declined between March and September 2020, from 6.4 million to 2.5 million, recovering to 5.3 million in November. Even in March 2021, one year after the lockdown, 74% of unemployed men were actively looking for jobs vs. only 42% of unemployed women.

Fourth, women have been systematically excluded from the thriving digital economy. India suffers from pervasive gender based digital divides, with gender gaps of up to 20% in mobile phone ownership and 50% in internet usage in 2019. During stakeholder consultations with Nikore Associates, multiple female entrepreneurs cited the inability to pivot to digital marketing or start online businesses due to lack of mobile ownership or digital illiteracy. Continuing with pre-COVID-19 biases, adolescent girls were denied access to smartphones by their families, disrupting  online schooling and/or skill training.

COVID-19 has become the proverbial straw that’s broken the camel’s back when it comes to women’s exclusion from the labour force. It is now essential to take concerted policy action to bring women back to work, not only because bridging these gender gaps can add $770 billion to the GDP by 2025, but also because financial independence is a key tool for breaking cycles of violence, discarding antiquated social norms and ensuring that women have a voice.

Governments can take the lead to increase the proportion of women in the workforce. They can establish gender-based employment targets for urban public works, introduce wage subsidies to incentivise hiring women in small enterprises, increase preferential procurement from women’s enterprises, and introduce gender targets across skill training institutions, so that a pipeline of workers is created across varied job roles. Corporate entities should track the proportion of women employed at different levels of seniority and in different job roles. Government and private sector organisations must increase investment in the care economy as well as support measures to bridge the gendered digital divide, including distribution of mobile handsets and digital literacy for girls. Employers, community organisations, and the media should promote the anthem of making men equal care-work partners.

To chart a gender-sensitive socio-economic recovery post COVID-19, Governments, the private sector, media, and the social sector need to work together to change mindsets and widen opportunities for women across sectors. Governments and corporate sector policy makers need to explicitly recognise the deeply entrenched, but unseen, biases that have been holding women back for decades. Gendered labour market inequalities were not created during COVID-19 and, therefore, the responses adopted now must also outlast COVID-19 and contribute to mitigating gender inequalities in the long term.

The authors are grateful to Ishita Upadhyay for research and writing assistance. 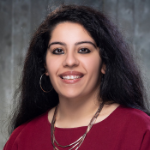 Mitali Nikore is an economist who advises several public and private sector entities including the Asian Development Bank, World Bank, and UN Women, focusing on infrastructure development and gender issues. She completed her master’s degree in Economics at LSE in 2012. Views expressed are personal. 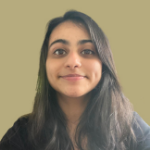 Poorva Prabhu is pursuing an MSc in Economics at London School of Economics and Political Science. Her research interests include Economics of Development and Gender. Views expressed are personal.

Bad Behavior has blocked 528 access attempts in the last 7 days.