The Issue of Gender Equality in Confucian Culture

The Issue of Gender Equality in Confucian Culture

The issue of gender equality has long been raised in South Korea, and this problem turns out to be especially prominent in the current job market. Despite the number of female graduates employed bypassing male graduates, according to the survey recently published by the Ministry of Education in South Korea, women still linger behind men in the employment rate — 65.2% for women as opposed to 69% for men. By the end of 2015, there are 494, 214 male employees in the top 10 largest chaebols, family business conglomerates such as Samsung, Hyundai, LG etc., while female staff are only 130, 930. Employers are reluctant to take on women as they are often deemed incompetent and inefficient compared to men. In marriage, wives assume more responsibility of looking after children than their husbands, which means that they have less time to spend on workloads than men.

In Korean business culture, which is notorious for long working hours and top-down structures that demand absolute obedience, employees are more often than not obliged, or encouraged, to spend time with their bosses outside the company. Personal trust and intimacy is established often through employees’ swearing loyalty in private, and by swapping gossip on how sexy newly recruited female staffs are. Women not only become a subject of obscene conversation and stigmatisation, but also find themselves, especially for those married, short of time and energy to network with their bosses. There is a widespread social stigma that some jobs are either inappropriate or beyond women’s capability to do. This is not a phenomenon confined to Korea, though; it is widespread in Japan and, to a lesser degree, in China, where Confucian values hold sway.[1] Liberals and feminists in these countries relentlessly hurl accusations against the ‘gender inequality’ found here, and also against Confucianism, which is believed to be the evil that has bred it. Their criticism is often based upon a rhetoric, imported from the West, of what can be termed ‘gender equality’ and ‘women’s rights’. What I want to argue, in this article, is that, despite severe gender concerns in Confucian societies, an appeal to ‘natural right’ to gender equality does not correctly address the problem, and that these concerns should instead be attended to by deploying local, Confucian values.

My view is firmly based upon moral realism, a branch of moral philosophy that holds that morality is not dictated by topdown theories that set out principles of fundamental rights, but formulated from below — from local moral practice. The common mistake in our approach to ethics is that we often take topdown theories for granted as if ethical values are deduced from fundamental principles. Utilitarianism and natural rights tradition are examples of topdown theories. A view advanced by many liberals and feminists is that women should be granted as many rights as are enjoyed by men, and the fact that women are not given as many rights is an indication of the extent to which their dignity is infringed (see for example Pateman, 1988). What I cast doubt on is this discourse of moral rights. We should ask ourselves whether there are any natural rights out there to which we are incontestably entitled. If we take a realistic approach, it becomes outright that there is no a priori, universal moral rights, but only local moral practice. Ethics emerges out of a process in which individual moral beliefs held by locals are articulated and accepted collectively in the public sphere. Ethical values, therefore vary with the local cultures that we speak of.

What can we make of this account of the ethical life in gender relations? The outright implication is that we should not pit the gender issue identified in Confucian societies against grand theories, but examine its controversy in the light of ethical values subscribed to by locals in those societies. Indeed, discrimination and sexual harassment in the job market are real problems for Korean women today, and they should be addressed by examining the extent to which these problems deviate from the moral rules acknowledged by the society as a whole. A simplistic appeal to ‘gender equality’ or ‘women’s rights’ does not help and often misfires. What are purported to be universal rights only turn out to be alien to many Koreans, and are therefore incapable of sparking off public repercussion as expected. The discussion here is reminiscent of John Stuart Mill’s advocacy for women’s rights, and of his disdain for any form of subjugation of women to male domination. Liberals may be tempted to argue, following Mill, that Confucian custom is no excuse for acquiesce in gender inequality. This Millian criticism may go pale as long as we renounce the cause of ‘gender equality’ on which the criticism rests. I am not denying that ‘gender equality’ may be an appealing ideal, but only that it is supposed to be a universal moral benchmark by which all gender issues should be measured. 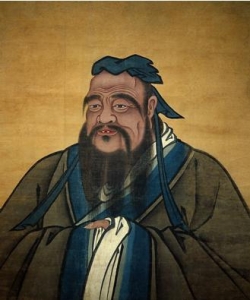 In Confucian philosophy, people are not individuals simpliciter; they are persons embedded in different kinds of relationships — couple, friend, ruler-ruled, parent-child etc., and these relationships are governed by concrete ethical rules, either explicit or implicit, that were formed in the long history of civilisation. They are not autonomous individuals assuming different roles, but rather, they are simply these roles. In a marriage, the husband’s responsibility is mainly to protect the family and lead it to harmony and prosperity, and the wife’s role is to care for her husband and to educate and look after their children. The husband is encouraged to inculcate in himself a spirit of faith and discretion — it is morally despicable, in classical Confucianism, for men to quarrel with, let alone abuse, women, and the wife is, in turn, induced to develop tender as well as valiant characters. These rules, which I have put crudely, are, of course, subject to meditation and rectification, as contemplation is one of the most cherished faculties in Confucian philosophy, and blindly following rules is reprimanded for being less than human. The different treatment we found here is open to criticism arising out of public discussion in the locality with which we concern ourselves, but not to cynicism provoked by parochial topdown theories.

The discrimination and injustice that women face in Confucian societies today thus cannot be solved by simply appealing to the amorphous idea of ‘gender equality’ borrowed from liberal philosophers. Rather the solution consists in a dialogue between citizens who raised the concern and the ethical values held by society as a whole with which they have already familiarised themselves.  Indeed, many women in Korea today still see it a virtue to concentrate on childrearing and to share husbands’ responsibilities. The overly feminine character exuded by Korean women are often considered indicative of them being meek and submissive, but the simple truth is that many are happy with the way they are and do not hanker for a way of life that grand moral theories try to foist upon them. When Confucian values and women part company — as in the job market where many women find their dignity being encroached, the public — political parties, trade unions, academics, NGOs, and local communities — should empower them to to address their concern in ways that are affordable and understandable to them, and this involves two measures. First, instead of advocating ‘gender equality’, the protester can couch the issue in Confucian terms by criticising the extent to which the employer mocks and exploits the Confucian virtues associated with women. Second, the public should intervene to help when breaking up unfair rules impose too heavy a burden on women. In the case of employment, the employee’s protest can easily buy a discontent from the employer, which risks the former’s salary and promotion. In such cases, it is morally wrong to stand by and not to provide help, yet the help ought to be aimed, not at imposing some grandiloquent theories alien to them, but at enlarging the possibilities of contestation in the moral words of their own, and in the locality that they inhabit.

[1] Here is some discussion on the import to China of liberal values and its impact on the gender relationship. 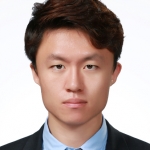 Yutang Jin is an MSc student at Hertford College, Oxford, reading for political theory. From 2013 to 2014, he was enrolled in the MSc programme in European Studies: Ideas and Identities at LSE. He did his undergraduate study at Peking University in China from 2009 to 2013. His research interests include democratic theory, party politics, political and moral realism, dialectics, and Confucianism. His MSc thesis will focus on the relationship between democracy and partisanship, exploring why we need political parties in modern democracy, and how they can serve to preserve citizens’ ethical life in representative democracy.

Bad Behavior has blocked 487 access attempts in the last 7 days.