Impressions from Brazil: The international day of everything but women’s rights

Impressions from Brazil: The international day of everything but women’s rights

Our own Louisa Acciari has written up her impressions and analysis from International Women’s Day in Brazil. We are pleased to share her account of the march for women’s rights in São Paulo amidst political tensions in the country.

Today was a very sad and disappointing day in São Paulo. The march for women’s rights, traditionally gathering about a 100 feminist organisations ranging from unions, local associations, and political parties, rather than being about gender politics split over the fate of Lula.

This year, the 8th of March took place at an extremely complex and tense political moment; Brazil is facing the biggest ever investigation for corruption and money laundering (operation “car wash”), exacerbating tensions on both sides of the political spectrum. Since the day she got re-elected in October 2014 the opposition has been consistently asking for President Dilma’s impeachment – without, so far, sufficient evidence to open such a process. The left, on the other hand, criticises her for implementing neoliberal policies and turning her back on the people (see for instance the PSOL, a scission of the Workers’ Party).

Last Friday (05/03/2016), the former President Lula was coercively taken to a police station in São Paulo to make a deposition in the context of the investigation for money laundering within the national oil company Petrobras. Lula is suspected to have personally benefited from the money-laundering scheme to purchase an expensive estate and finance his own foundation (Instituto Lula). However, many judges and lawyers argued that there was no constitutional justification for taking him coercively to the police station since he had not previously declined to co-operate. In addition, there is not enough evidence to charge him or arrest him at this stage. As a result, his supporters denounced the move as a desperate effort of harming Dilma and as an attempted coup against the democratically elected Workers’ Party (Partido dos Trabalhadores – PT).

And today, this partisan mess took over the discussion on women’s rights… instead of uniting around demands such as the legalisation of abortion, equal wages, or the end of violence against women, feminist organisations got divided around the question of Lula’s guilt or innocence. On the one hand, the main trade union confederations and the PT wanted to use the march as a platform to defend Lula and democracy. They brought placards saying “working women behind Lula”, or “unionist women against the coup”.

On the other hand, smaller leftist groups (see for instance the PSTU or the CONLUTAS) wanted to dissociate themselves from a government which they consider to have betrayed its electorate to implement neoliberal policies. They also criticised the national corruption scheme and made banners saying “get rid of them all, enemies of women”, citing names of some politicians allegedly involved in the scandal.

These organisations have been demonstrating together for years in the city of São Paulo, and although unity is never a given, in the past they had managed to promote a common platform in the defence of women’s rights. Some issues, such as the legalisation of abortion or violence against women are particularly pressing in Brazil. Each year, about a million women undergo illegal and unsafe abortions, leading to 200,000 of them being hospitalised for related infections or other complications. Abortion is only legal if the life of the pregnant woman is directly endangered by the pregnancy, or if the pregnancy is a result of rape. Since 2013, women can also get access to emergency contraception in public hospitals if they have been sexually abused. Last October, the situation got worse with the so-called bill of the “un-born child”, presented by the president of the House of Deputies, Eduardo Cunha. While being investigated for corruption and tax evasion, this member of the Evangelical parliamentary group put forward a bill that would further limit cases of legal abortion and prohibit access to emergency contraception in the aforementioned circumstances. The congressman claims that abortion is being forced upon Brazil by the United States as a way of controlling its population, and that women defending it are acting against “national interests”. Feminist organisations have been mobilising intensively against this proposal, reaffirming women’s rights to bodily autonomy and the right to choose. The debate on abortion has quite tragically been brought up again with the recent Zika epidemic and the drastic rising number of cases of microcephaly.

Aside from abortion, Brazil still faces significant challenges in terms of gender equality. Women are over-represented in sectors such as domestic work where they account for 93% of the working force; this represents 14% of all professionally active women and 22% of all professionally active black women. As for unpaid housework, women spend on average 27h a week on domestic activities, while men spend only 11h. The gender pay gap is 24%, and 49% of women have an informal job in the manufacturing sector compared to 31% of men. Women only represent 10% of the elected members of Parliament, ranking Brazil 154th out of 185 countries.

Levels of gender-based and homophobic violence are also alarming. An article published in The Guardian in May 2015 reports that: “a woman is still assaulted every 15 seconds, and one is murdered every two hours. Within the past three decades, at least 92,000 women have been killed, many at the hands of their partners, according to the Map of Violence survey.” In 2014, 326 LGBT people were murdered in Brazil, and a study undertaken by the government in 2012 reports 1,713 cases of violence against LGBT people. In addition to that, the Evangelical parliamentary group has proposed to make reparative therapy (“cura gay”) legal and publicly funded.

So today, one would have hoped for unity in supporting these common struggles. Or at least, if divisions had to happen, that they would happen over feminist or gender-related questions. But instead of having a debate on women’s rights and gender equality, the march split over the fate of Lula. The group led by the unions, the PT and its allies, went in one direction, while the anti-government group went in another. People were asked to choose a side, either for Lula and the PT, or against them. Either pro-impeachment, or pro-democracy.

I personally refused to choose, and stood there, in between the two blocks without knowing where to go. I do agree that Dilma is implementing problematic policies, such as austerity measures that will negatively affect women, but I do not want to support an impeachment without real juridical evidence, because that would indeed look like a coup. And if she does get impeached, she would be replaced by… Cunha! the author of the controversial bill on abortion. I finally decided to leave the march, sad and disappointed. We have so much to fight for, and so much to struggle with, and whether Lula is guilty or not won’t change that. 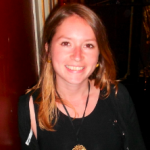 Louisa Acciari is an ESRC-funded PhD researcher at the LSE Gender Institute where she explores the process of unionization of domestic workers in Brazil and their struggle to be recognised as workers. She currently writes from her field site in São Paulo.

Bad Behavior has blocked 344 access attempts in the last 7 days.