Everything started when my grandma called me to brush my hair, which was really voluminous and curly. I still remember how reluctant I was to brushing it when I was 5 years old.

Blows on the head, pinches and punishment… Crying was not permitted, nor was any movement to avoid the brush and prevent it from penetrating my hair. The hardest part, for sure, was not my curly hair, but rather listening to this sentence: “no one here has such hard hairs like yours! It looks more like a barbed wire”. This is how she had been taught.

When I started going to school, I experienced vexing moments of intense and systematic discrimination, which can be described as purgatory. I received an extensive list of pejorative names going from mop face, witch hair, Bombril (the name of a cleaning product), big lips, or monkey, among others that are not worth mentioning here.

On top of these insults, us girls also suffered from physical aggressions, much more than boys. As a child, I could already see the difference. In the end, whether black or white, poor or rich, women all received the same patriarchal instruction at home: “we are weaker”. Black girls were always despised when looking for a partner, for instance in dancing circles, or to be princess or angel in school plays; “princesses and angels are not black!”. What an injustice! But if I suffered physical and symbolic aggressions, school is also the place where I’ve learned how to defend myself.

I have been badly treated by people of my age, some had similar financial conditions, some were better off, but they all shared something; intolerance and hatred. I agree with Nelson Mandela when he says: “No one is born hating another person because of the colour of his skin, or his background, or his religion. People must learn to hate, and if they can learn to hate, they can be taught to love, for love comes more naturally to the human heart than its opposite.”

I remember vividly our school books and teachers’ discourses back in the 1970s and 1980s, right in the middle of the military regime in Brazil. When they would, by chance, touch upon the question of slavery, it was always like that: princess Isabel is our hero (of us blacks), and my people passively accepted slavery for centuries. They would also romanticize rapes perpetrated by white masters against their black women slaves (Saffioti, 1969). Those were the lies we had been taught at school – historical pitfalls which construct and feed racism, prejudice and violence. One of the current expression of this multifaceted racist system is the genocide of our black youth in Brazil. Culture of superiority and hatred… how could we have deconstructed that to teach people love instead of hate in the context of the 1970-80s? 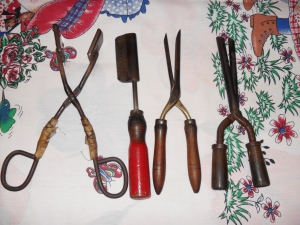 When a teenager, I had already internalised that my hair and my skin colour were bad, and had already developed a complete aversion to my hair. This lie, which hides and feeds racism, had been repeated over and over again so much as to replace the truth. At this time of my life, I was using a lot of hot comb and hennas, famous for having only temporary effect; they are comparable to the straightening iron vs. rain dilemma. With the arrival of new techniques on the market, they lost their clientele to the benefit of straightening products made with caustic soda which is extremely aggressive for the scalp. I have tried numerous brands of smoothing products, irons and brushings; all used in order to come closer to the hegemonic white beauty canon. Straight hair on a black body, what an contradiction!

Time goes by but all these years lived under the myth of racial democracy in Brazil have let their dark and tenebrous marks on my self-esteem. At the age of 55, I am finally studying pedagogy at the Universidade Federal Fluminense (UFF – state university in Rio). Throughout this ongoing academic journey, I joined a research group called “Black men and women in Movement”, which aim is to train teachers to apply the Law 10639/03 in their classrooms. This law, signed by the then President Luís Inácio Lula da Silva, stipulates that history curriculum in public schools must contain a module on Afro-Brazilian culture in its political, historical, social and cultural aspects.

Since I entered this space, new feelings flourished in me; perplexity, belonging, pride and equality. Perplexity of finding out that black people had a history of struggle and resistance, that we have a rich culture, with kings and queens in our ancestral Africa. How many erasures had been made under white domination, which only agrees to show us poverty in the African continent, often omitting to say that poverty is a result of spoliation, robbery and abuses imposed by the old continent who tries at any rate to keep its privileges intact.

Knowing about this history has lit the fire of resistance inside me, how could I have fought before without having the knowledge? Knowing is the measure of belonging. Then, I started feeling proud of my body and its phenotypical legacy; nose, black skin and hair, this beautiful triad highlights my pleasure of being and self-defining as black.

While I was going to school, I learned about European culture and history, Egyptian culture was almost never mentioned, and when it was, no one would say that Egypt belongs to the African continent. Equality can only be achieved when nobody will be denied the right to know their own history; this is the basis of our citizenship and identity.

From the moment I left the obscurantism of the cavern, I saw the light of empowerment; and every day I long for being black, now that I have broken with the old paradigms that had once kept me in the dark. Inspired by the power of knowing, I wanted to take this knowledge to young girls and boys from the lower classes of our society. We remain without representation on TV or other media, and our bodies do not fit in beauty canons. However, I did notice a small difference when I went back to school as a trainee teacher from the UFF.

This liberation process is now expressed through my hair and physical appearance; I no longer use any chemical products and let my hair completely natural, as a way of affirming my identity. In the classroom, when asked by students about my curly hair, I answered with a citizenship lesson. Indeed, I now challenge this so-called “hard hair” myth which had made me suffer so much in the past. In the school where I did my internship for 6 months, I discussed with my students the subtle forms that racism and discrimination can take today. We had debates, songs and poetry. My attitude towards my hair reverberated on some of them.

Paula stopped using chemicals, her hair was damaged and her scalp injured, and Manoela abandoned her braiding – which were not adequately cared for and as a consequence was damaging her hair – for a more natural cut. By the time I finished the internship, I realised they were already used to their new looks, and were even sharing tips for curly hair. A few years ago, we didn’t have the information or products to brush and take care of our curly hair, but nowadays the cosmetic industry is investing like never before in ethnic products. We even have famous bloggers disseminating information to assist us with the care of our curls.

The best thing for me is that these two students actually loved their natural hair and would defend it, using arguments against prejudice and discrimination. This was the most engaging experience I had. If racism had made me despise my own hair, information and studies about the African diaspora redeemed my self-esteem. I know the process of consciousness raising for Brazilians of African descent and the fight for their citizenship and identity is only beginning, but I see this journey with a lot of hope. Indeed, on the 29th of May 2016, the first ever state black miss was elected; black skin and natural curly hair so big it could touch the sky. Genuinely black, with no disguise. Paradigm beaten in São Paulo, the richest and most prosperous state of Brazil! 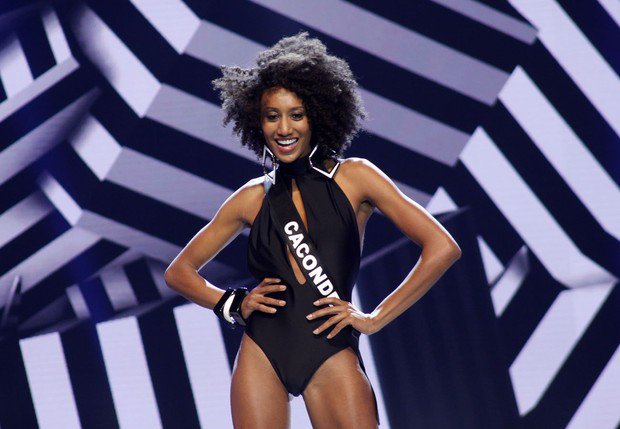 Translated from Portuguese by Louisa Acciari 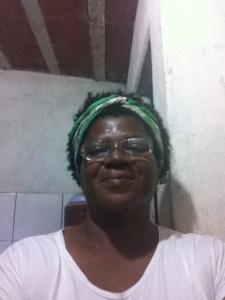 Adelimar da Conceição has worked most of her life as a domestic worker in Rio de Janeiro. At the age of 50, she started a graduate degree in Pedagogy with a scholarship from Capes, at the Universidade Federal Fluminense (UFF). She is currently writing her dissertation on the Experimental Black Theatre in Rio in the 1940s. She also works as a volunteer in the outreach project of adult learning for sub-contracted cleaners on her campus (Projeto de Extensão EJA-UFF limpeza total).