The ‘Real Housewives of ISIS’ sketch: When funny is harmful

The ‘Real Housewives of ISIS’ sketch: When funny is harmful

If you follow the news, you have probably heard about the controversial new BBC sketch ‘Real Housewives of ISIS’. I do like some good comedy and have no issue laughing at Muslims or issues that arise in Muslim societies. There are great sketches on that. As a student I used to laugh at Baba Ali clips. More recently, I have quite enjoyed the videos of the Germany-based Datteltäter who make sketches on topics such as life in Germany as a Muslim woman wearing hijab and who have actually released a rather short yet brilliant skit on ISIS in 2015. For another example of how comedy on controversial issues can be done well, see Sara Salem’s analysis of the ‘Real Housewives of ISIS’. I agree that humour and comedy can be a strong tool to counter extremism; after all, there is hardly anything extremists of all colours are as afraid of as being ridiculed for views which they themselves take so seriously.

However, we should be aware that comedy does not happen in a societal vacuum; or in other words, there is not just the joke, followed by laughter, and that’s the end of the story. Comedy is embedded in a particular societal context. It can have, it often has, real life consequences for a lot of people. It has the power to shape our view of the world. It can reproduce structures of power and oppression. In the case of the ‘Real Housewives of ISIS’ sketch, that might not be a big issue if you are a white, non-Muslim man (as, incidentally, the makers of this sketch are) but as a visibly Muslim woman living in this country, I am worried.

One of the main issue I see is that the series does not just make fun of ISIS (or women in ISIS) but of Muslim women and Islam in general. If you did not see how the show was anti-Islam and anti-Muslim (as opposed to anti-ISIS only), then maybe that is exactly part of the problem. Maybe it is an indicator for the fact that, with the way Islam has been portrayed in the media for decades, for a lot of people it is hard to tell the difference between harmless symbols of Islam and things that stand for Islamism or Islamist-inspired terrorism. And yes, there is a huge difference between the three, and even within different streams of each of these three categories.

Linking Islam as a whole with terrorism à la ISIS is wrong and, in the current climate, irresponsible. Muslims in the West have been exposed to Islamophobia, expressed both in verbal and physical ways, for years. Yet another TV show giving Islamophobic views a platform is not going to help us deal better with the problems at hand, but will only exacerbate them. It will be women like me and my friends who will bear the main consequences of yet another medium normalising Islamophobic views. It will be me and my friends who will not get that job, be shouted at, pushed aside, have stuff thrown at them in the street, have their houses of worship put on fire, get killed.

And no, I am not exaggerating. There is a direct link between problematic representations of Muslims in shows such as the ‘Real Housewives of ISIS’, but also in the media in general, and Islamophobic attacks. Not in the sense that people will watch this show and then leave the house to hunt down Muslims and physically attack them … but by ways of normalising Islamophobia in our societies and providing a platform for it. A comedy show such as the ‘Real Housewives of ISIS’ is not just ‘a bit of fun’. It can have very real consequences for many Muslims in the West whose faith is already being ridiculed regularly.

One of the reasons young Muslims get radicalised and join ISIS is that they feel alienated, marginalised and isolated in our societies. Well done, BBC, it is exactly these feelings which will be further nurtured by a show that pokes fun at Muslims and Islam in such a tasteless way. It is very much possible to address issues in our societies in general and in Muslim communities in particular by satirising them. I have mentioned a few examples in the beginning of this blog post. Comedy is great, but when given the choice, personally I would prefer a format in which it is not an already privileged and powerful majority laughing at a minority which often feels, and often is, marginalised.

Lastly, as a terrorism researcher, I am very well aware of the fact that many women join ISIS out of their own choice and that when we speak about women within ISIS (or any other extremist organisation for that matter), we need to speak about questions of agency. I have been talking myself hoarse in talk after talk on the topic, trying to point out how problematic it is to assume that the women who join ISIS are naïve little girls who are always lured in or coerced into joining the organisation. (See my critique of gendered assumptions on women’s motivations to join ISIS which was published on this blog last year). There is no doubt that a lot of, if not most, women who went to join ISIS did so out of their own will and that, once arrived in ISIS-controlled territory, they actively participated in supporting the terrorist regime. There are numerous examples of how female members of ISIS perpetrated violence themselves.

However, that does not change the fact that a lot of the real “housewives of ISIS” have been raped, oppressed, battered to death. A show making fun of that? I cannot find that very funny. Imagine one of your family members had left for Syria and you were sitting at home, desperate for them to come back and then see a show making fun of them and the ordeal they (and you) are going through. Imagine you were one of those women who went to Syria thinking they would join ‘Islam-utopia’, ‘a truly Islamic society’, just to end up in a situation that, for not all but many of them, is a dead-end (quite literally actually, as dreams of living in ‘the Caliphate’ quickly turned into experiences of physical violence, rape, even death for many of those women). Jokes about rape victims and women battered to death? I thought as a society, we’d be better than that… 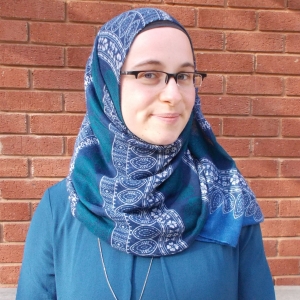