By Lana Khattab and Henri Myrttinen

Failure to consider gender dynamics in Syria’s rebuilding efforts after the armed conflict would risk consolidating inequalities. This is the finding of a recent report titled ‘“Most of the men want to leave”: Armed groups, displacement and the gendered webs of vulnerability in Syria’ published by the authors of this post in July 2017. The report draws on extensive primary research conducted in Lebanon, Syria and Turkey, including over 25 focus groups as well as over 20 key informant interviews with men, women, girls and boys.

The war in Syria, which has cost over 320,000 lives since March 2011 and has led to the displacement of around 11 million people, is entering a new phase, raising questions of how Syria’s social, political and economic reconstruction will take shape once the guns fall, at least in part, in silence. At the time of writing, US-backed Syrian Defence Forces are pushing into the heart of the so-called Islamic State’s (IS) self-proclaimed capital Raqqa. While this makes some kind of a partial political settlement seem likelier, IS remnants are likely to continue their fight. In the southwest of the country, a new Russian, Jordanian and U.S.-brokered cease-fire has stepped into effect, though its sustainability is unclear. Meanwhile, a convoy of Syrian refugees left the Lebanese border region Arsal for Syria this month in a deal brokered by Syrian and Lebanese political groups, potentially indicating a trend in the next years to come.

With the possible opening of the country to at least a partial return of its displaced population, the importance of understanding how the violent conflict has impacted social structures and subsequently people’s needs is more relevant than ever. Especially so in the context of an anticipated multi-billion donor-driven, NGO as well as private sector-led reconstruction and peacebuilding efforts in the country. Failure to do so might result in reinforcing unequal governance along the lines of political affiliation, ethno-religious background, geographical location or gender identity, instead of challenging them and furthering sustainable solutions.

In many ways, the six-and-a-half-year war has reinforced and exacerbated gendered social norms and vulnerabilities that existed before the war, in particular for many women and girls, but also those with diverse sexual orientations and gender identities. It has also created new vulnerabilities for men and boys, both inside Syria and in situations of displacement. Adult men and women’s expected roles as carers and breadwinners have come under increased stress as the security and economic situation have steadily deteriorated, while many underage Syrians have been forced to either fend for themselves and/or take on adult responsibilities. This has partly led to tensions within homes and communities as well as a shift in household responsibilities within the family. For instance, women refugees have both been able, but have also been forced, to take on new social roles as a result of displacement. While some have been able to embrace these processes, others have struggled with it.

‘We face constant harassment and humiliation. They [Lebanese men] always harass us at the market. They tell us to get in the car with them in return for 5,000 Lebanese pounds [US$ 3.30]’ – Young Syrian refugee woman, Shwakir informal tented settlement, Tyre, Lebanon

While gender-based violence was relatively widespread in Syria before the war, the reality of the violent conflict exacerbated it. Various forms of sexual and gender-based violence, exploitation and abuse have increased, be it early marriage of girls, sexual slavery, homophobic and transphobic violence, or sexualised torture of men, women, girls and boys in situations of detention. Leaving a zone of active conflict has often not automatically meant an end to the exposure to violence. Syrian refugees of all gender identities continue to face risks during their flight, as well as in refugee camps and settlements, caused by armed actors, officials, fellow refugees as well as members of the host community. Gender also plays a role in reporting cases of violence, including whether and how third parties such as relief agencies, NGOs and state actors, respond or do not respond to cases of violence.

In other ways, the war has simultaneously created new openings in terms of gender roles and opportunities. The often radically changed life circumstances have compelled women and men to redefine core aspects of their identities and stop enacting the roles that have previously defined them as ‘masculine’ or ‘feminine’. For instance, some Syrian women and young girls in exile have taken more income-generating activities and responsibilities, become more active in the public sphere and family decision making, in addition to continuing to take care of their families in difficult conditions. While this adds to women’s vulnerabilities during conflict and displacement, for some it has presented an opportunity for empowerment. 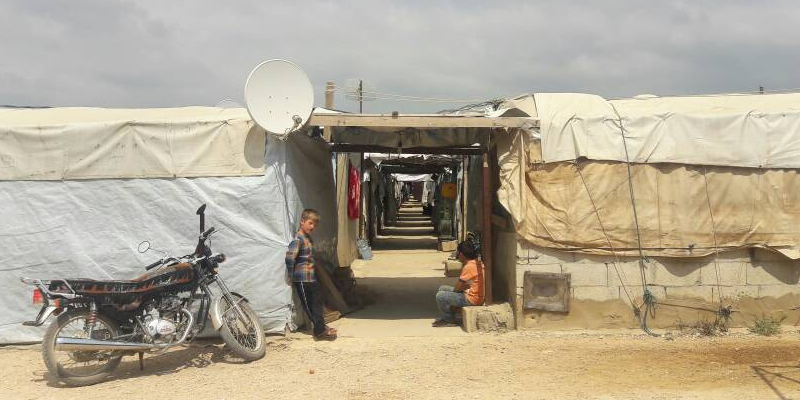 These changes have of course not been the same across the board for all Syrians. Rather, they depend on geographical location and whose control the area is under, but also an interplay of gender with other factors such as age, social class or (dis)ability. A young Syrian man in Aleppo will face different vulnerabilities than one living in displacement in rural Southern Turkey or in Jordan’s Zaatari camp. Similarly, the expectations placed on a young Syrian girl from an upper social background will be different than those placed on one living in one of Lebanon’s many informal settlements, for instance in the areas of educational attainment, familial responsibilities and potentially marriage age.

Gendered roles and expectations also have played and continue to play a major role in joining or not joining armed groups. Expectations on men of being a protector or provider, in addition to political grievances, have pushed some men to join armed groups, especially when there are few other economic opportunities around. Some men may also have sought to underscore their masculinity by gaining power, prestige, status and (mostly limited) wealth through joining an armed group. Armed groups have been successful in recruiting members because they are able to offer them something they cannot find in civilian life, be it economic opportunities, social status, a sense of identity and purpose, a social network or an escape from oppressive family structures. For some women, joining an armed group may have been an opportunity to enter into roles previously restricted to men, in particular in the Kurdish areas. Women, as much as men, have also joined armed groups in order to seek to address political grievances.

‘Had I stayed in Syria, I would have been obliged… to join an armed group to protect myself. When I was in Syria, my mother was always worried about me and on my back everywhere all the time; she arranged for my move to Lebanon’ – Young Syrian refugee man, Ketermaya camp, Shheem, Lebanon

Nonetheless, the majority of men and women we researched did not seek to fight. In fact, many of the same gendered expectations that led some men and women to fight led others to try and escape the war either alone or with their family, to provide for and better protect them outside Syria’s borders. Gendered expectations do not automatically lead to one kind of outcome – rather, the outcomes may be completely opposed. While a man seeking to provide economically for his family may decide to join an armed group, he may also seek to leave the country, either with or without his relatives, to provide for them through work abroad.

What this means for the future

As the reconstruction and peacebuilding efforts in Syria slowly start gearing up, even if full-scale peace will likely remain elusive for years to come, understanding these dynamics and their long-term impacts will be crucial to building sustainable peace. The difficult and painful task of re-imagining and reconstructing the tattered social fabric of Syria requires understanding and addressing the inequalities that pre-dated the war and the new inequalities and vulnerabilities created by it. Especially, it will require listening to Syrians’ voices and their visions of a post-war country, and a critical examination of gender roles and norms expressed in them. Gender, in interplay with other societal markers, is one of the most salient factors in this respect. For a sustainable peace to emerge in Syria, it will need to be socially inclusive and based on local ownership. It is the duty of outsiders, including donors, relief agencies and NGOs, who seek to support these processes, to understand the nuances and complexities of the situations faced by Syrians, in order not to lay the foundations of future inequalities and conflicts. Avoiding falling into the trap of a perceived and supposed ‘golden-age’ of Syria before the war, where unequal gender roles were clearly divided and understood, will be vital in order to ensure sustainable peace in Syria.

Lana Khattab works as an international development and gender equality practitioner, focusing on issues of conflict and displacement in the Middle East. She was previously Programme Officer for International Alert’s Gender Team based in London, UK. Lana holds an MSc in Middle East Politics from SOAS, University of London. She tweets as @lanakhattab.

Henri Myrttinen is the Head of Gender at International Alert. He has been working and publishing on issues of gender, peace and security with a special focus on masculinities and violence for the past decade. Henri holds a PhD in Conflict Resolution and Peace Studies from the University of KwaZulu-Natal, South Africa.

Bad Behavior has blocked 563 access attempts in the last 7 days.