We need better responses to sexual harassment on public transportation

We need better responses to sexual harassment on public transportation

We know sexual harassment is rife on London’s public transportation system. I doubt you could find one Londoner who has not experienced, witnessed, or heard a first-hand account of it. The Everyday Sexism Project has famously documented such violations for years. The authorities know it too: they have launched initiatives in recent years, including Project Guardian and the Report it to stop it campaign. This is a welcome development. Like many others, I appreciate that official actions and discourse finally recognise that sexual harassment and assault are a public safety concern, not an inevitable side product of travelling while female or travelling while queer.

Cue the killjoy moment: recognising that there is a problem is not enough. Proclaiming sexual harassment on public transportation unacceptable is a necessary but insufficient first step. Addressing the problem requires – among other things – skills and knowledge on the part of law enforcement and the criminal justice system. Confidence that police response will be appropriate is a key factor in encouraging people to report crimes. I have lived in London for two years now, and I have experienced things and heard stories that suggest that these skills and knowledge are still lacking. In this blog post, I want to share some of these stories. These stories document instances in which the authorities could have done better. Instances in which we need them to do better. 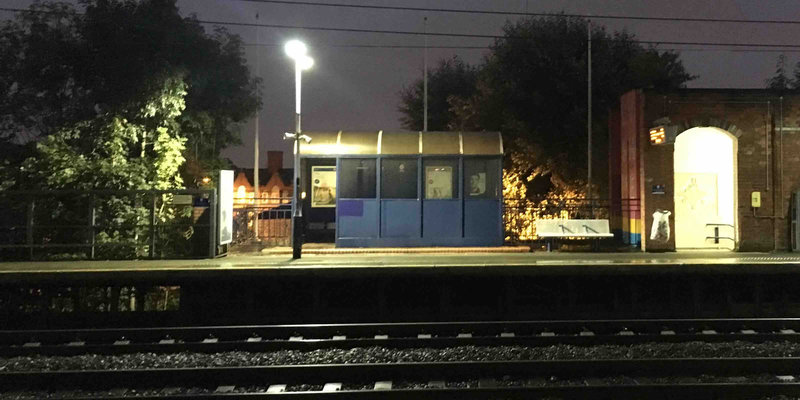 David* was travelling on the tube late at night, in a carriage where the only other person was a young woman. A group of men came into the carriage and began verbally harassing the woman. David intervened, telling the men that the woman did not seem interested in their advances and that they should leave her alone. The group of men then turned their aggression to David, threatening him with violence. David and the woman successfully escaped the situation by leaving the train at the next station. David was left intimidated, and unsure about what, if anything, he could have done in that situation to minimise the threat of violence for both himself and the woman.

When I came across a British Transport Police stand at a London railway station sharing information about reporting anti-social behaviour on public transportation, I decided to take David’s question to one of the police officers there. The officer was friendly and sympathetic, but had little advice to give. He offered me a card with a number one can text reports to.** I noted that there was no cell phone coverage on the tube, to which I was assured you could report after leaving the train. When I asked what David should have done in that moment, when the threat was imminent, all I got was a vague ‘Well I guess if it’s really bad, you could pull the emergency lever.’ Just what exactly pulling the lever would achieve was not clear.

What the officer did not tell me was that there are different types of bystander intervention strategies. David could have tried interrupting the situation in a non-confrontational manner, for example by asking for the time. The officer could have advised on whether it was safer to stay on the train or to seek help at a station. I wish I would have asked him what training he had received on this topic before being placed at the public outreach stand or assigned on duty.

Investigative practices and prosecution should not unduly burden victims

I recently had my own experience of being harassed, this time at a station by a man in a railway company uniform. Like so many victims, and despite knowing better, what I felt was embarrassed and ashamed, like I had brought these lewd comments onto myself by engaging in a conversation with a stranger. My way of trying to refuse this shame and to defy the harasser was to tweet about the incident. The railway company, to their credit, responded immediately to my tweet, and asked me to get in touch with them. Over the next few days, I exchanged phone calls and emails with them to fill out an incident report. I reluctantly engaged – giving my account of the incident made me feel icky all over again, and distracted me from my day. Though I recognised that this was a necessary evil to report the incident, I felt annoyed. Why should I have to relive an unpleasant experience and disrupt my day because a stranger decided to direct their misogyny at me? But months later, I am not sure that I preferred the silence that followed this initial exchange.

The inconvenience and disappointment I experienced was miniscule compared to what others have to go through. Mary* and her partner recently reported homophobic abuse from a stranger at an overground station. They have since had to repeat their statement multiple times on the phone as well as travel to a police station across town from where they live to do so in person. When at the police station, they had to recount their story twice in an open plan office, in full view and ear shot of others. Good policing practices have established that repetitive interviews with victims of sexual and gender -based violence can be detrimental to the well-being and dignity of victims, and that victims should be offered a private interview space. Why are police still continuing to carry out multiple interviews in open offices?

Few incidents of harassment are reported, few reports result in prosecution, and few prosecutions result in convictions. Susan* was involved in one of the few cases that did eventually result in a conviction. She was approached by undercover police officers who had been following the man who groped her on a crowded train and asked to testify in court. In this case – as in Mary’s – no CCTV coverage was in place where the crime was committed, so the case required the victim’s testimony. Susan later described the process of going to court as “more traumatic than the actual incident.” Several factors contributed to this. First, she was only provided a court escort when moving from the witness’ waiting room to the court room. At other times, such as when she went to use the washroom during the wait for her case to begin, or after the hearing, Susan was left unaccompanied in the same space as her assailant (who was released on bail) and his family. Second, on advice of her lawyer, she chose not to give evidence from behind a screen, which meant she had to give her testimony in full view of the hostile faces her attacker was making. Third, the court did not provide a separate viewing for complainants so, because Susan wanted to see what happened, she was forced to sit in the public gallery in front of her attacker’s family. In sum, while the courts provide witness protection measures, in Susan’s case they were inadequate to protect her from a traumatic experience.

Recounting these stories makes me both angry and hopeful. I am angry that sexual harassment and violence is so pervasive, and I am angry about what happens afterwards. In these stories the criminal justice system – the people charged with preventing and responding to this crime – at best did nothing and at worst inadvertently contributed to the violence. To make matters worse, these stories are not representative of either the most violent sexual assaults nor the most traumatic interactions with the criminal justice system. They are an indication of wider systemic problems and institutional shortcomings that cannot be resolved simply by empowering women to report.

But I am also hopeful that they can do better. Responding to cases of sexual harassment and assault requires skills and knowledge on the part of police and lawyers. They have substantial research they can draw upon to respond better. They can and should learn how to advise people in threatening situations, how to investigate without relying solely on victim testimony, not to require victims to repeat their statements multiple times, and not to expose them to re-traumatising processes in court. The stories I have heard suggest that these skills, this knowledge, is not widespread enough to be the norm in the criminal justice system. They must do better.

* All names have been changed. The stories are recounted here with permission.

** The number to text the British Transport Police is 61016. Telephone: 0800 40 50 40. Emergencies: 999. The End Violence Against Women Coalition lists Support services and hotlines for victims and survivors on this page.

Aiko Holvikivi worked as a gender and security sector reform practitioner from 2011 to 2015, conducting policy research and providing technical advice and capacity building. At DCAF, she contributed to institutional reform projects with the Albanian State Police and the Sierra Leone Police. She is currently a member of the Engenderings editorial collective, a PhD candidate at the LSE Department of Gender Studies, and a researcher at the LSE Centre for Women, Peace and Security. She tweets as @AikoIiris.