The Mobilisation to Save The Feminist Library in Paris has Been Successful! On Feminism, Archives And Dreams

The Mobilisation to Save The Feminist Library in Paris has Been Successful! On Feminism, Archives And Dreams

The LSE Department of Gender Studies partook in the large mobilisation that erupted after the announcement in a letter of support addressed to the Mayor of Paris. After months of mobilisation supported by activists, trade unions, and scholars from all over the world, a petition signed by 11 000 people, and a major protest organized in front of the library on November 18th the collective Sauvons la BMD! (Save the BMD!) announced on Tuesday December 12th that the relocation project had been abandoned. The Bibliothèque Marguerite Durand will remain in its current location. 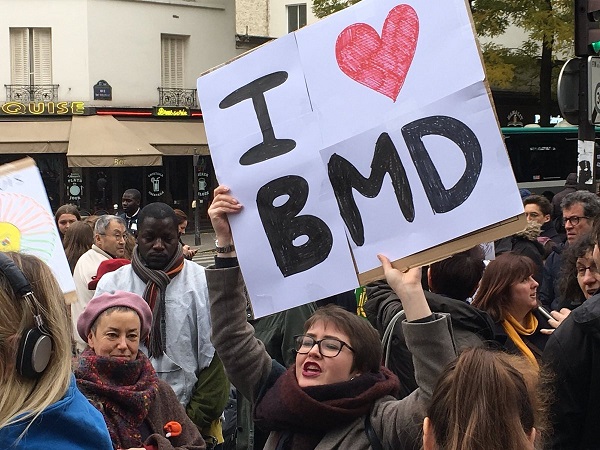 As the collective Sauvons la BMD! wrote in its public release, the struggle is not completely over: “[We] will keep discussing with the city hall so that the library, which has been saturated for twenty years, can have more space and additional funding”. The feminist historian Michelle Perrot rightly warned: “This is a recognition of the movement. It enables to have more time and a new reflexion. Our guard and spirit of imagination must not be let down”.

As a PhD student writing a thesis on the history of second-wave feminism in France, I recently spent eight months in Paris doing archive research, and the Bibliothèque Marguerite Durand has been an invaluable resource. In addition to its fantastic collections including all second-wave feminist journals and magazines, the Bibliothèque Marguerite Durand also receives and stores private archives. Therein, I was able to examine three private collections in particular that were especially illuminating for my research: the collection of Anne Zelensky, who was a founding member of the Mouvement de libération des femmes in 1970 and a close friend of Simone de Beauvoir; the collection of Marie-Jo Bonnet, who in 1971 co-created the Gouines Rouges (Red Dykes), the first lesbian collective in France; and finally, the collection of Catherine Gonnard, who partook in some of the most active gay and lesbian groups of the 1980s and 1990s.

Beyond the richness of its collections, the Bibliothèque Marguerite Durand, founded in 1932 thanks to a gift from the feminist journalist Marguerite Durand, is in itself an integral part of France’s feminist history. Its public status and funding by the city of Paris is an important recognition of the legitimacy of women’s history, gender studies and feminist activism. Yet, this relocation project occurred in a very particular context marked by the heightened demonization of feminist and gender studies that has recently invaded France’s public sphere in the wake of the legalisation of gay marriage in 2013, the co-optation of our radical struggles to secure racist and colonial agendas, reinvigorated anti-abortion activism we thought definitely belonged to a past era, and a general sense of political depression hindering our capacities to foresee an alternative future. In a time when radical alternatives for democracy must be thoroughly reimagined, the continued existence of a visible feminist library in the heart of Paris is not just important for researchers, it is a political necessity for all of us struggling for social justice

As someone who, with many other people, felt intimately hurt and insulted by the hundreds of thousands of people who demonstrated in the streets of Paris a few years ago against the claims of LGBTQI people to equal rights – a public visibility which, for many of us, reactivated the insidious and life-long traumas of feeling different, excluded and unwanted – the project of the mayor of Paris to relocate the Bibliothèque Marguerite Durand in a generalised library felt like a stab in the back directed, this time, not against our existence in the present, but against its echoes in the past. Archives are not only traces of past violence and past resistances, they are by virtue of their very institutional existence, testaments of our proactive refusal to be erased and of our desire to heal, to take care of our histories, of our alternative solidarities and utopian sociabilities. They are the present voices of those who also found themselves caught in the tentacles of power – from the most ordinary to the most heroic ones, from the lesbian mother who, threatened to lose the custody of her child in the early 1980s, anonymously published a letter seeking help in a feminist magazine, to the glorious women of the Paris Commune claiming in 1871:

We are simple women, but we are not made of a less important stuff than our ancestors from 1793. Let’s not have their shadows blush with embarrassment in front of us, but let’s stand up and act like they would if they were still alive. We have duties to accomplish. If we have to, we will struggle with bravery with the best of them and we will defend the barricades. Women of Paris, forward!

Activists of the Mouvement de liberation des femmes exhumed this call in 1971 and celebrated its hundredth anniversary with chants and political cries. From the French Revolution, to the Women of Paris in 1871, to the radical revolutionaries of the second-wave feminist movement, to our historical present, a feminist archive is a space where the shadows of the past can be conjured up in the present. It is a space where they can speak to us, where they can even blush, applaud or come with us on the barricades, a space where different temporalities can resonate with each other and bump into each other in unexpected ways, unremittingly reactivating the possibility of new legacies, new histories, new “fantasy-echoes”[1] for feminism. A feminist archive is a space where new dreams for the future can constantly be reinvented. And we have never needed dreams more than we do right now. 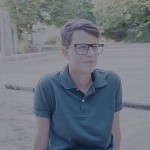 Ilana Eloit is a PhD candidate at the LSE Department of Gender Studies. Her thesis examines the epistemic articulations of feminism, heterosexuality and the French nation by way of analyzing the discursive life and politicization of lesbianism in the 1970s Women’s liberation movement, in particular through a focus on the trajectory and work of Monique Wittig. She recently published an article on the history of French lesbian press: “‘Le bonheur était dans les pages de ce mensuel’: La naissance de la presse lesbienne et la fabrique d’un espace à soi (1976-1990)” in Le Temps des Médias (2017), and contributed to the Dictionnaire des féministes (Presses Universitaires de France, 2017). She tweets as @lopoponax. Author profile photo credit: SMITH.

Bad Behavior has blocked 498 access attempts in the last 7 days.