The politics of AI and scientific research on sexuality

The politics of AI and scientific research on sexuality

We are often told that there is no place for politics in objective research. The scientific tradition has built rigorous methodologies to get rid of bias, and presents itself as untouched by the messy social world. But what should we make of the claim that politics is irrelevant in science?

In late 2017, a forthcoming study in the Journal of Personality and Social Psychology was widely reported with headlines warning that ‘A Frightening AI Can Determine Whether a Person Is Gay With 91 Percent Accuracy’.

Critics have already lamented that media coverage took creative license by misinterpreting the findings – especially the 91% figure. Others have interrogated the study’s support for the (discredited) prenatal hormone theory.

There is another pressing issue at stake: the assumed absence of politics in science. When commentators point out problematic politics in research, we are often dismissed as bringing personal bias into an objective arena. It’s a powerful silencing tactic that is all too familiar to feminist academics and people of colour. By unpacking three crucial assumptions in the Stanford study, I argue that politics is never beside the point.

In the study, Stanford researchers Wang & Kosinski showed a computer 35,000 images of gay and straight men and women from a popular US dating website. The computer built an algorithm that outperformed human judges: when shown two new faces, it distinguished who was gay and straight correctly 81% of the time for men, 74% for women.

Wang & Kosinski concluded that the algorithm picked up minute facial variations that are undetectable to human eyes. By learning to spot these signs, AI could reveal anyone’s sexual orientation using only a photo.

Although Wang & Kosinski don’t define what they mean by ‘sexual orientation’, their comments reveal a narrow understanding. The authors warn that governments could use AI to persecute lesbians and gay people. Spouses could uncover their partner’s hidden sexuality. Curious teens could even use the technology on themselves. As I’ll go on to explain, the focus on these political implications misses the mark.

According to Wang & Kosinski, we are all at risk because – even if you try to hide it – a computer could read your secret from your jaw line and expose who you really are. For this claim to hold up, we have to view sexual orientation as a fixed and essential fact. Clearly, the authors have taken the idea that all LGBTQ people are ‘born this way’ to heart.

This approach to sexual identities is not only naïve, but also neglects decades of research into the messy realities of sexuality and gender. In the 1980’s, Foucault showed that the link between certain sex acts and a gay identity is a modern artefact, tied to specific medical and legal discourses. Similarly, the HIV literature has highlighted that many men engage in sex with men whilst identifying as straight. Anthropologists have long documented cross-cultural variations in sexual desires, which are embedded in local configurations of gender, family, and the body. Whilst the ‘born this way’ tagline has been a cornerstone of assimilationist gay politics, we know that sexual attraction often shifts through the life course.

When scientists ignore established learnings from social sciences, we have to question their agenda. Wang & Kosinski’s view that sexual orientation is a fixed fact just doesn’t resonate with reality, and points to a lack of engagement with their research topic.

Wang & Kosinski’s sample is made up entirely of white, cis people who are straight or gay. This seems odd since trans people, bisexuals, and people of colour have faces and sexual orientations too. For research that claims to be about AI and sexuality in general – not about white, cis, straight and gay people – this omission is both misguided and problematic.

Firstly, their data comes from self-reported sexual orientation on online dating websites. Wang & Kosinski believe there is little incentive for people to ‘misrepresent their sexual orientation’ (p.33). This assumption is not tested, but is likely untrue for some people. Although I now identify as bi and queer, I have listed myself as gay or straight on dating sites. Like many bisexuals, I ticked different boxes not to ‘misrepresent’ myself, but when looking for certain matches or battling with biphobia. At the same time, it’s troubling that Wang & Kosinski prioritise a straight/gay binary when we know that bisexuals outnumber lesbian and gay people in the US.

Secondly, you cannot tell if a person is trans from their picture. There are countless reasons why people might not disclose their trans status on a public dating website. Given that ‘trans’ includes such a wide range of experiences and expressions, it isn’t possible that facial recognition software could remove trans people. The claim that no trans or bisexual people are in the sample is, therefore, tenuous at best.

Thirdly, Wang & Kosinski trigger major alarm bells by describing their sample with the meaningless term ‘Caucasian’. They go on to omit people who look mixed race or Latino, skipping over loaded questions about race and ethnicity. Using outdated categories is more than a question of politeness; it points to a wider disengagement with critical issues, including how research can re-inforce inequalities.

Despite the exclusion of people of colour, trans, and bi people, the authors believe their results ‘will likely generalize beyond the population studied’ (p.33). Wang & Kosinski’s expectation that white, cis, monosexual people are the norm reproduces broader cultural scripts. The experiences of those groups come to define everyone else, who is judged against the standard they set.

The research sample is framed by heteronormative, cissexist, and racist ideals. By not acknowledging this process, Wang & Kosinski help to reproduce the idea that cisgender, whiteness, and monosexuality are unmarked categories.

A key finding from the study is that ‘faces contain much more information about sexual orientation than can be perceived and interpreted by the human brain’ (p.2). Wang & Kosinski’s algorithm consistently outperformed human judges, whose guesses were no better than chance. As the authors don’t provide any information about them, I have to question who their judges were.

It’s worth remembering that dating site photos are not an unmediated reflection of users’ faces. People choose which pictures to upload, working with flattering poses, and tapping into the culture of the dating website. As GLAAD’s Chief Digital Officer commented, the research is essentially ‘a description of beauty standards on dating sites that ignores huge segments of the LGBTQ community’.

For many people, becoming part of a sub-culture means learning to read its bodily scripts. Of course, these lessons are flawed, since presentation and identity can be entirely separate. As anyone who has been frustrated by the mystery of ‘Art Student or Queer’ will tell you, sexuality is not only a question of style (and vice versa).

Nonetheless, some of us who move outside of mainstream, white, cis, heterosexual circles do learn to spot each other. It’s more than ‘gaydar’ – it’s a skill that can grant us visibility, safety, and solidarity. I vividly remember being introduced to the queer checklist, which included cues I hadn’t known to look for, like Wang & Kosinski’s baseball caps and muted makeup. Becoming versed in the visual language of queerness also made straightness visible to me in a way that it had not been before.

I wonder how the site users themselves would have scored as judges, given that they spent time immersed in its visual culture. Presumably, it didn’t occur to Wang or Kosinski that some people might be more adept at distinguishing gay and straight people, because that is a skill they haven’t needed to develop. Once again, this oversight brings a blinkered assumption into the study, and leads to them overstate the importance of their findings. 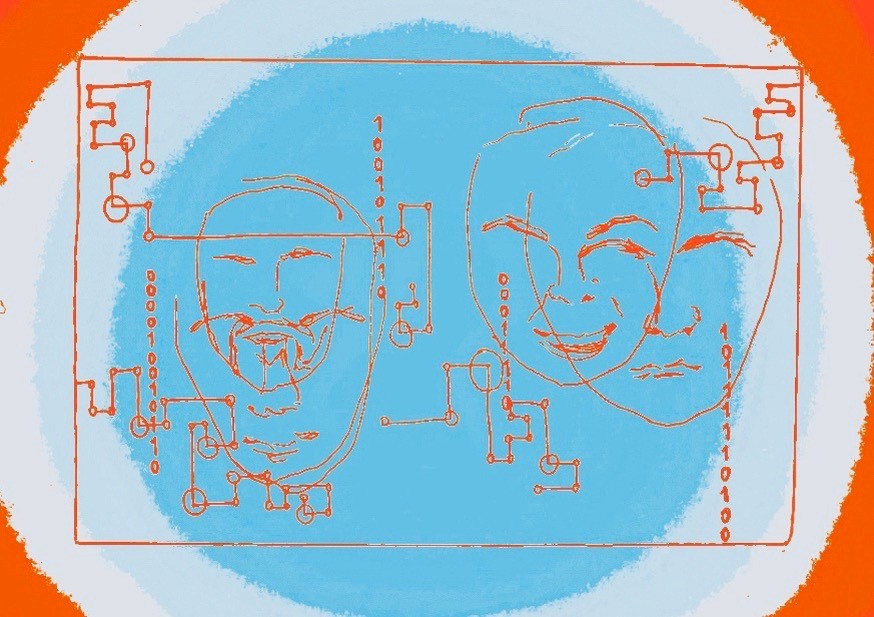 Conclusions: what is the real risk?

Are social scientists politicizing the natural sciences when we comment on problematic, harmful, and flawed assumptions? Or does it just seem that way because of the refusal to acknowledge that politics is already present?

When we interrogate the political assumptions that underpin Wang & Kosinski’s research, their findings looks very different. If we acknowledge the limited sample, that sexuality is not pre-determined, and that some people can read queer styles, we are left with a computer that learned to spot grooming patterns among white cis people who list themselves as gay or straight on a public dating website. The AI doesn’t quite pose the threat to our privacy that we have been warned about.

Science and machine learning only exist within the social world. That world shapes who has access to institutions, and inevitably runs through the research produced there. Value judgements are made about which research to fund. People decide which questions are worth asking, and how to go about answering them. Every hypothesis depends on a series of assumptions, which are never neutral. Even AI is marked by racism, because it learns from data that humans provide.

This is about more than one study. Research is not only informed by social norms, but also reinforces certain ideals. Wang & Kosinski’s work is part of a broader approach that side-lines trans people and people of colour, and conflates context-specific practices with a binary, universal model of human sexuality. The real world consequences of these kinds of assumptions can’t be ignored.

Recognizing the influence of politics doesn’t have to undermine scientific endeavours. It would be misguided to aim to remove the social world from science. Instead, we should harness a critical awareness by acknowledging the power of politics. The next time you see a headline about scientific research into sexuality, don’t be put off by technical language or statistical algorithms. Pause for a moment to untangle the politics of the study, interrogate its assumptions, and ask what underlying ideas are being promoted. 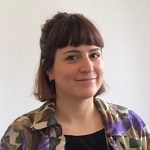 Jessica is a Brighton-based anthropologist and queer feminist killjoy. She is fascinated by the powerful relationships we build with our bodies and invested in challenging body-based oppressions. Alongside working with a local LGBTQ charity, her doctoral research at the University of Oxford asks what matters to trans and non-binary people living with disordered eating. She tweets at @JessSandelson and more info on her work is at jessicasandelson.com.