Why do women shy away from challenging careers?

Why do women shy away from challenging careers?

Having been a very achieving and ambitious woman in my early career, my recent professional choices have not ceased to surprise me. Many times over the last few years, I have indeed decided to shun or leave demanding jobs and go for either lower key positions or self-employed projects. And more and more, I am dreaming to be able to afford to merely become a self-sufficient writer. Why is that? Am I not supposed, as a bright individual with degrees, to achieve, build a flourishing career, earn money and impact society as much as possible?

Certainly, my professional experience has taught me that work is always only that: labour, by which I mean the suffering, exploitation and frustration resulting from being pressured and underpaid by organisations making profits. However, I would probably feel the same about the job market if I was a man. I have also become very disillusioned regarding the potential impact the sort of research-related work I have been hired for could have on society. But again, many male intellectuals do feel equally disenchanted. And yet, it seems that women are more likely than men to avoid demanding career paths – in terms of stress, long hours and pressure.

One of the obvious reasons for this lies in the so-called gender stereotypes justifying discrimination, ostracism or particular gender-based expectations put on women.[1] Thus, despite gender equality discourses and genuine improvements in that field, women are still judged on the basis of norms telling them that their family, kids and home are more important than any sort of public or professional life they could have. Besides, they are still perceived as less competitive and aggressive than men and of lacking natural leadership, which would make them less suited for demanding full time careers with all the extra hours and investment they require.

The aesthetic pressures put on women – staying slim (but with a blossoming cleavage), sexy and youthful looking as long as possible – make it even harder for them to juggle with the harshness, fatigue and lack of time to pamper and shop required by demanding careers. So, if a high level male politician or businessman can wake up at five am every day without having to endure numerous comments on his exhausted looking face, women’s looks are always judged much more harshly and on the basis of unachievable criteria. How many times, do women have to hear that they look tired and should rest, while men can get away with sleepless nights and dark circles under their eyes and still be told that they are attractive high achievers? The argument, which extends to weight gain or ageing, is even more applicable to individuals choosing a career involving representation, visibility or media coverage.

If we add to all this the still common sexual harassment and violence women experience at work, it then becomes evident why they might choose to withdraw from challenging careers. Finally, they know that if they choose a full time and demanding job, their hours will not end when they return home in the evening: they will still have to look after their kids, wash up, clean and tidy. Indeed, while men are perfectly entitled and even rewarded for displaying selfishness, women are still expected to worry more about other people’s needs than about their own.[2]

But these socially constructed gender norms are not sufficient to understand why women tend to avoid full-time stressful or exigent jobs. Female biology and, more specifically, the insufficient social compensation for its potentially negative effects, also have to be taken into account. First of all, women are more likely to suffer from physical domestic violence, not only because of stereotypes but also because they are physically weaker. Until this biological inequality is more clearly recognised and socially compensated for, the effects of the domestic violence many women live at some point in their existence will hugely hinder their career.

Secondly, the unequal treatment of different reproductive cycles can also harm women’s ability to embrace challenging jobs. Apart from menstrual periods, women are likely to be pregnant several times in their life. This might anger those who would like to erase biology from any public debate on women’s rights but it is in fact much harder to perform professionally while pregnant: heavy legs, fatigue, extra weight are only small discomforts compared to serious complications certain women have to face during that time. And then, of course, come the still widespread discriminations linked to pregnancy: women starting jobs after the first few months of pregnancy will not receive any maternity pay, they might also be fired because they would represent a burden for the company – of course, such an illegal gesture would be hidden behind other reasons –, many of them will be harassed or discouraged from staying in their position once they go back to work or will have to endure the enormous exhaustion resulting from breastfeeding the recommended six months, particularly when they are forced to go back to work for financial reasons soon after giving birth.

Parenthood, on the other hand, hardly affects male career as much. We could of course imagine a society in which women would receive compensations for going through the hardship of pregnancy – including financially – and in which a compulsory paternity leave would be as long as the one taken by mothers. Such changes would put men and women on a more equal footing on the job market and would slowly end the injustices and discrimination endured by mothers. Unfortunately, this is, for now, only utopian.

In such circumstances, why would women bother to go for full time, stressful and demanding careers? Of course, the necessity to earn a living is crucial in explaining why they still do. But they might still want to find some outlets to their resulting anger or frustration, at least in their free time.

Writers have always counted numerous disillusioned individuals, who looked for the comfort, introversion and protection associated to the act of writing. This is not a coincidence that one of the first avenues for intelligent women to express themselves was through literature. Could this be a way forward for the women who no longer know where to be treated as individuals worthy of respect? When the job market is even harsher and more violent against women, when the home is an unequal battlefield trapping them in unrewarding and repetitive domestic tasks and when militancy in civil society still discards their particular needs, why not choose writing as an escape?

This is not to end on a desperate note, for there is joy, hope and, maybe, social efficacy, in any form of artistic expression. 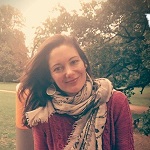 Sophie Heine is a Dr in Politics and a research associate to Oxford University (Centre for International Studies – DPIR). She is also an author and consultant (Last book: Ambiguë, Edilivre, Paris, 2018). Sophie has published academic and fiction books, as well as articles on her areas of expertise: political ideologies, euroscepticism, post-nationalism, cosmopolitanism, European federalism, EU institutions and policies, cultural diversity and gender equality. She can be contacted at sophie.heine@yahoo.com

Bad Behavior has blocked 334 access attempts in the last 7 days.