The murder of Marielle Franco: a call to action

The murder of Marielle Franco: a call to action

The Brazilian Interdisciplinary AIDS Association (ABIA) makes public its profound mourning and indignation regarding the brutal assassination of Municipal councilor Marielle Franco and her driver, Anderson Gomes. Both were victims of a summary execution on the night of March 14, 2018.

Marielle Franco was a black woman from the favela and a human rights defender, who fought especially for the black women’s, peripheral communities’ and LGBT’s rights. Recently, she took the position of Draftswoman on the City Councilor’s Commission to oversee the federal military intervention on the state police of Rio de Janeiro.

Marielle’s homicide shocked us all in ABIA. We demand a rigorous investigation on this barbarous crime and the immediate punishment of the people who are responsible. We manifest our solidarity to all family members, friends, and activists who act on the defense of Human Rights, of democracy, against racism, homophobia, sexism and urban violence. For further background on, we also recommend:

Brazilian civil society, in particular, the black and feminist movements, as well as human rights defenders, have already expressed their indignation and repudiation regarding the political murder of Marielle Franco and her driver Anderson Gomes on March 14, 2018.

Marielle was a Municipal Councilor in Rio de Janeiro. A member of PSOL (the Socialism and Freedom Party), she was elected by more than 45,000 votes and has made of her mandate a platform of full commitment to the aspirations and needs of people living in favelas, black women, reproductive and LGBT rights.  She was also a voice who systematically tackled the tragic effects of the war on drugs, underway for decades in Rio de Janeiro, including in respect to the violence perpetrated by state actors. She was a member of the Tripartite Commission that is overseeing the military intervention on the public security system on the State of Rio (enacted on February 2018) and on March 10th she had publicly denounced the abusive incursions of the 41st Military Police Battalion in the community of Acari, when two young black men were killed.

This deliberate political assassination is a threatening message to all persons and organizations committed to human rights, in particular, black women activists. It defies the already fragile Brazilian democratic institutional apparatus. It cannot fall into the cracks of impunity.  Many international organizations have already expressed their indignation and repudiation on this abominable crime.

In case you have already expressed your voice or would like to do so – calling upon the Brazilian government to conduct a rapid and effective investigation of Marielle and Anderson murders — we suggest that your statements and declarations are sent to the following Brazilian state authorities.

This piece first appeared on Sexuality Policy Watch on 20 March 2018, and this slightly amended version is reposted here with permission. 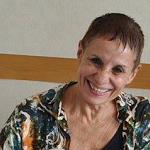 Sonia Corrêa has been involved in research and advocacy activities related to gender equality, health and sexuality since the 1970s. She is currently a research associate at the Brazilian Interdisciplinary Association for AIDS, in Rio de Janeiro. She also co-chairs Sexuality Policy Watch (SPW), a global forum comprised of researchers and activists engaged in the analyses of global trends in sexuality related policy and politics. She has extensively published in Portuguese and English. The list includes, among other, Population and Reproductive Rights: Feminist Perspectives from the South (Zed Books, 1994) and Sexuality, Health and Human Rights, co-authored with Richard Parker and Rosalind Petchesky (Routledge, 2008).

Richard Parker is Professor in the Department of Sociomedical Sciences at Columbia University, Director of Columbia University’s Center for Gender, Sexuality and Health and President of the Brazilian Interdisciplinary AIDS Association (ABIA)