Across the globe, rapid changes in our perception of masculinity and the socially-relegated roles assigned to men have been occurring. In particular, social media is impacting young people’s lives, transforming attitudes towards femininity and masculinity, and acting as an important template where one is able to express their feelings and attachment to a close friend without necessarily being judged for it. Among other factors, the internet has contributed to change the perception of masculinity and given opportunities to many young men to be more emotional, however there is still a set level to emotionality and socially accepted norms that exist in virtual world as well as in reality. Much of this might lead one to question whether homophobia[1] is in decline in the UK context,[2] and whether young men still need to perform masculinity in particular ways in order to be ‘proper men’ and being accepted by the society. Building on these changes and discussions in the field of Critical Studies of Men & Masculinities, Dr Steve Roberts from Monash University presented his book Young Working Class Men in Transition in a recent lecture given at the American University of Central Asia (AUCA) in Bishkek, Kyrgyzstan, on March 6th 2018, as part of the lecture series put on by the Center for Critical Gender Studies. This post provides a brief overview and review of the lecture and reflections on the situation in Kyrgyzstan. [3]

In his lecture, Roberts reflected on many of the dynamics and contradictions related to masculinity and homophobia present today.  His rich data, collected through biographical interview and ethnographic observation, focused on young working class men’s social media activity during seven years, which raises and raised many questions regarding the representation of working class men and homophobia. Throughout his lecture, Roberts discussed changes in masculinity in the United Kingdom and problematized the portrayal of working class men which are often represented as aggressive, homophobic, and sexist. He believes that the concept of masculinity has softened, while the perception of it has also changed over time. As a result of deindustrialization and changes in the educational system, this has radically restructured transitions into adulthood which in turn have impacted on young men. This change is strongly connected to the narrative of masculinity in crisis. Roberts noted that there are numerous web pages and magazines that often emphasize the need to bring back traditional manliness. Men not being ‘manly enough’ is seen as a problem in many societies including in the UK. He differentiates between broader emotionality and central masculinity (being aggressive, competitive) as a significant measure of the level of the decreasing – but continual – homophobia present today.

In his lecture, Roberts argued that the masculinity crisis is cyclical and reoccurring over time, while masculinity is simultaneously generational and ever changing, shaped by class and race. The data collected by Roberts touched on issues related to education, work, family and housing. He conducted interviews with 24 white men and follow up the interviews for seven years after the first series. Complementing the interviews, the lecture discussed data drawn from two years of Facebook ethnography with 14 heterosexual men that were employed. Roberts was in contact with these men via their Facebook profiles, messages, and posts throughout the study. He showed how work and masculinity are connected and how work, in many ways, defines masculinity. He found that to strengthen masculine identities men turned to food, style, and home improvement. He shared many narrative stories and gave nuanced portraits of his informants. One of these men – referred to as “international football guy” – was proud of being a supporter of a football team and that he highlighted the term ‘international’ which added more masculine features to his presented identity. Being an international football supporter had certain benefits given, with the respondent saying that the very perception of being an international player gives him the opportunity to get as many girls as he wants. Another respondent spent time doing charity, which also made him stand out from the crowd as being a kind man and helping people. He said: “I like a challenge and it’s a nice feeling helping people”. Roberts defined “charity guy” as utilizing kindness and challenge to compensate and to show off to women. These men were living certain lifestyle in order to perform their masculinity.

As stated above, the lecture also drew on the Facebook activity of these young working class men, which elucidated the ways that men lived their lives virtually – via posts, pictures, and interactions. In the lecture, he argued that social media has changed and challenged what is publicly acceptable and appropriate for these men. As part of this, the generational aspects of masculinity came to the fore. Referring to comments on Facebook he discussed the older and younger generations’ opposing ideas about what is to be a ‘real man’ and highlighted that older men often had negative attitudes towards open emotional attachment and taking pictures. He provided a quote from one of the grandfathers, saying that “only whimps do (take pictures)”. For him, this showed that what is seen as acceptable changes from generation to generation.

On the other hand, Roberts clarified that broader emotionality – love and affection – have been considered as a weakness, while anger, competitiveness stay central to a masculine identity. Although heterosexual men had socio-positive intent when sending kissing sms, such messages did not elicit negative response and were not considered offensive between two male friends. Rather, they were regarded as emotional attachment to a close friend, which demonstrated a softening of masculinity. There are certainly contradictions where young men would be simply emotional, loving but yet putting up borderlines and being away from accepting homosexuality as a norm, while older generation had a negative attitude towards emotional attachment. 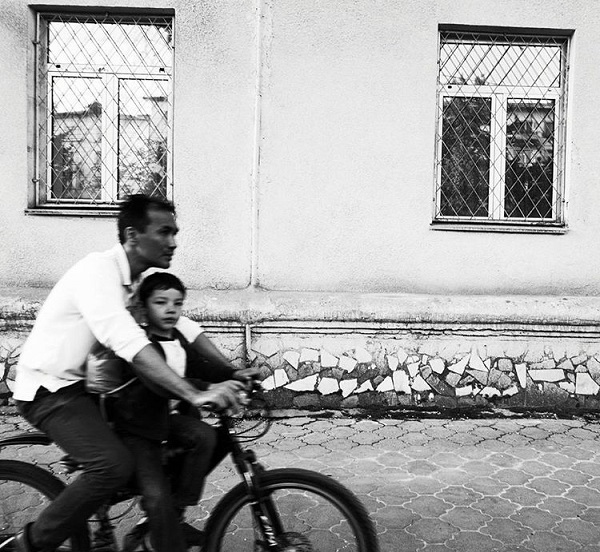 Roberts’ lecture concluded that while homophobia most certainly continues to exist and have a dramatic impact on the lives of many people, the level of acceptability of homophobia is changing. He emphasized that the social practice of being tough is more and more perceived as a masculine performance rather than a given fact. These conclusions build off the work of various thinkers and scholars working in the UK.

Importantly, Roberts’ research is of relevance not just in the UK – where the study was conducted – but is also pertinent to many contexts globally. The lecture being given in Bishkek, it is important to briefly reflect on the ways that his research relates to the current situation in Central Asia, where homophobia is often mistakenly believed to be much less prevalent than it really is. In Central Asia, particularly in Kyrgyzstan, masculinity is reinforced through the penalization of ‘weak’ men that try to express their emotional side. Further, homophobia is showcased in the negative attitudes towards males who are engaged in activities traditionally associated with women. In other words, the performance of feminine activities by males are penalized through either shaming or labeling, such as homosexual. In homophobic societies such as Kyrgyzstan, males are expected to possess physical prowess or to be more muscular than women, which is believed to be connected with the traditional role of males as defenders of their home country and protectors of family. In addition, homosexual males are stereotypically believed to be their gender opposites – this is seen in the broad treatment of LGBT+ individuals in Kyrgyzstan. In Kyrgyzstan homosexual males are portrayed as engaging in the behaviour and activities of a traditional female. It is evident in the depiction of homosexual males as overly emotional and in their disposition to female activities. Thus, effeminate Kyrgyz males can be labelled homosexual if they act too emotional in social media or perhaps if they are not actively homophobic. The fear to be exposed as feminine is still present in Kyrgyz society, while performance of masculinity stays as a central nature of man with little opportunities for an alternative way of behaving in conservative social media and society. This, in many ways, fits with Michael Kimmel’s argument that masculinity is often directly imbricated with homophobia. Roberts takes this and both builds on it, while simultaneously complicating the picture of the relation between masculinity and homophobia in the UK for young working class men. His lecture gave a nuanced outlook on the current situation, and suggested that things seem to be changing still.

On the whole, I enjoyed the lecture by Dr Roberts on his book Young Working Class Men in Transition because it not only summarized interesting narratives from his research participants, but also provoked thoughts for engaging with wider transformation of masculinity and its existence in different forms. His work reminded me of how young men make sense of masculinity and how it in turn varies from generation to generation and from person to person. The impressive work that was done by Roberts through his Facebook ethnography and interviews is able to showcase the present state of homophobia and the underlying socially acceptable (or unacceptable) acts on social media; and outside, inside, with or without family. The person is being constantly shaped by his/her surroundings (and those around them), as well as pressing on other people to perform their gender in order to conform to ‘norms’. People also shape each other and continually dictate how one should act according to one’s gender. Roberts lecture, while concluding that homophobia is fading slowly, acknowledged its continuing influence on one’s behavior, society, and individual men and women.

[1] Here understood as beliefs, antagonism and responses towards, and directed against, LGBT+ individuals and communities, as well as patriarchal mechanism to keep gender appropriate behaviour within heteronormativity.

[2] For example, see the work developed by Mark McCormack and Eric Anderson as well as that by Steve Roberts discussed in this piece.

[3] I would like to thank Professor Frank Karioris for encouraging me to write this review and for his support during this process. 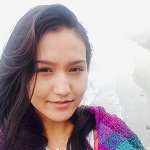 Asel Shamyrbekova is an undergraduate student at the American University of Central Asia (AUCA) in Bishkek, Kyrgyzstan. She studies Sociology and minors in International Comparative Politics, graduating May 2018. She is doing research on time, age, and its impact on divorced women’s social well-being. She believes her study has potential to refigure the hegemonic expectations set on time, and offer a rethinking and reconstruction of conventional life stages one has to proceed by certain age. At a higher level, she is additionally intrigued by the idea of complete independence from feelings of obligation towards marriage, and the emancipation of women from the idea of being tools of reproduction, and/or family-bound objects.

Bad Behavior has blocked 1211 access attempts in the last 7 days.