Big G and small g: Understanding gender and its relationship to family violence

Big G and small g: Understanding gender and its relationship to family violence

I recently published a journal article about the wide variety of definitions I came across when I asked Australian policy actors what they mean when they say ‘gender’. I found this variety concerning because statements like “family violence is a gendered issue” are common (and commonly debated) in the family violence field – but if people working in family violence and allied fields are drawing on different understandings of gender when they talk about this, it will be difficult to agree on whether this statement is true, or what it means. Relatedly, models of family violence response are increasingly coordinated and multi-sectoral, so practitioners from different sectors will be more and more often required to work together. If practitioners don’t have a common understanding of foundational concepts like gender, this has implications for how well they can communicate (and thus work) together.

My research on gender and family violence

I’m researching the problem framing of family violence – that is, how we define the problem and by implication what we want to do to fix it – and I’m particularly interested in where gender fits in this problem framing. In order to work out where gender fit in how people frame family violence, I thought it best to go back further one step and ask what people thought gender actually was. My interview participants were some of the expert witnesses in Victoria’s 2015-16 Royal Commission into Family Violence. They came from a number of different professional and academic fields – the women’s family violence sector, mental health, alcohol and drugs, the Aboriginal sector, men’s health – which is appropriate for a ‘wicked’ policy problem that requires a multi-sectoral response. But these policy actors all had a stake in defining the problem and proposing solutions to it.

One word, many definitions

What I found was that not only did participants vary in whether they thought family violence was a gendered problem requiring a gendered solution, they also thought very differently about what gender actually meant. To some it was a category that attaches to men and women, to others a self-defined category that needn’t match the sex they were assigned at birth, to others a role that was socially assigned based on biological sex, and to still others a complex set of relations, behaviours and social structures related to (but not inevitably determined by) biological sex.

Apart from the problems inherent in such a foundational concept being so variously understood, different ways of understanding gender have real implications for the policy and practice response to family violence. I argue that a broad, process-based approach to gender is actually more useful for understanding and responding to family violence than a narrow, category-based view.

In my work I call this distinction ‘big G’ (category) and ‘small g’ (process) gender. Big G is useful in some respects – it’s necessary to understand that there are certain classes of people more likely to perpetrate family violence, and others more likely to experience it. These facts were the basis of the activism that put domestic and family violence on the policy agenda in the first place. It can also be interesting to look at the differences in outcomes of violence between the two major gender groups (e.g. women are more likely to sustain severe injuries from family violence).

However, a ‘small g’ model of gender that sees gender primarily as a series of processes – performed by people, and enacted through culture and institutions – can help us to understand why these differences in outcomes exist in the first place. These processes distribute power between groups of people: between men and women, but also between heterosexual and non-heterosexual people (because the ‘proper’ performance of gender is linked to heterosexuality). Further, they distribute power between certain groups of men and women – for example, Connell and others have shown that those who perform masculinity in particular ways receive more power than other groups of men.

A small g approach to gender gets around that tricky but undeniable fact that women too can be violent – if you think gender is what people are (big G), and women can also be violent in family relationships, it might seem like the problem can’t be gendered. Small g gender is also easier to reconcile with the fact that violence exists in LGBTI relationships, and between adult children and elderly parents, and between family members of the same gender category. The key is that gender distributes power to some at the expense of others and – intersecting with other characteristics such as race, ethnicity, (dis)ability, age, sexuality – affects the prevalence and experience of family violence. It doesn’t determine who can and can’t perpetrate or experience violence.

Why we need small g gender

I can’t claim a universal pattern relying on this small qualitative sample, but it’s useful to bear in mind that these were all influential individuals giving evidence at a royal commission into this policy problem. In general, people who saw gender as a category seemed to struggle to apply insights about gender consistently to the problem of family violence – and were thus more likely to reject it as a causal factor, or thought a gendered analysis was only useful for understanding and responding to intimate partner violence.

In a jurisdiction like Victoria, and other places where we define family violence as physical and non-physical forms of abuse occurring between broadly defined ‘family members’ (inclusive of Aboriginal and Torres Strait Islander definitions of family), an understanding of gender that only works to explain intimate partner violence falls far short. In order to apply a gendered approach to the many different forms of family violence, policymakers and other policy actors need a broader and more consistent understanding of gender and how it distributes power and shapes the world that men, women and children live in. To this end, central public sector agencies with carriage of domestic and family violence strategic plans may need to take a stronger leadership role in engaging with ‘small g’ gender scholarship and diffusing its implications to the many allied workforces involved in the policy and practice response.

This blog post is based on the author’s article, “Power, Process, Plumbing: Big G and Small g Gender in Victoria’s Family Violence Policy Subsystem”, published in the Australian Journal of Public Administration. 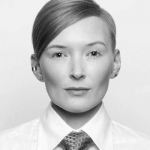 Sophie Yates is a Research Fellow at the Australia and New Zealand School of Government (ANZSOG) and a PhD Candidate in political science at the University of New South Wales. She is Assistant Editor of ANZSOG’s peer-reviewed journal Evidence Base, manages its competitive grants program, and writes teaching cases for its Case Library. Her research interests include gender, domestic and family violence, co-production of public services, and the political astuteness of public managers. She tweets as @MsSophieRae.

Bad Behavior has blocked 581 access attempts in the last 7 days.