Why feminisms? In the Name of Feminism

Why feminisms? In the Name of Feminism

On Wednesday 3 October 2018, LSE Gender PhD students organised an event titled ‘Why feminisms? An open discussion about doing gender research’. During this event, MSc and PhD students discussed what inspired them to study gender. Three PhD students then presented their thoughts about doing feminist research in this particular moment in history: one where gender studies faces calls to adapt itself to the needs of the neoliberal university, whilst also being challenged to decolonise its syllabi, pedagogy and other practices. At the same time, the rise of far-right movements across many contexts brings with it a politics hostile to the very concept of gender and gender studies, as we have been discussing in our current blog series. This series of posts on why feminisms presents the transcripts of the speakers’ discussion papers.

In my reflection on Why feminism(s), I want to begin by dispensing with any pretence at a settled understanding of what, precisely, feminism is, or stands for. My attempt to think through the question of ‘why feminisms’ was fundamentally complicated by the fact that the ‘what’ of feminism remains unresolved- and often to disquieting, if not dangerous consequence. Consider, for example, this entirely assured proclamation on twitter: “Don’t call yourself a feminist unless you support bombing Iran”. While the position articulated in the tweet was robustly challenged within and beyond the twittersphere, it did not go entirely unsupported- and provided but one of several illustrations of some of the deeply damaging politics practiced and defended in the name of feminism. When Megan Markle is proclaimed global feminist icon at the moment she allys with one of the most enduring relics of imperial conquest, racialised violence, and patriarchal control (the British Monarchy), we cannot but confront the uncomfortable reality that we might not all be fighting the same fight.

We now have decades of compelling critique levelled against various practices of feminism that are used to further agendas that re-inscribe rather than destabilise various oppressions and hierarchies. For example, an examination of ostensibly feminist discourses of sexual violence expose how the need to ‘protect some women’ has been instrumentalised to justify militarised border regimes, to securitise campuses and cities, to embolden and expand the masculinist state and its military rationalities, rehabilitate or rescue old colonial projects, and advocate for new ones (Farris, 2017; Kapur 2013; Halley, 2006, amongst others). This is of course in addition to Melissa’s critique of how feminism is mobilised to advance neo-liberal ambitions, as the market colonises feminist agendas.

The various challenges posed by feminisms complicity in racist, classist and colonialist ventures are of particular significance to those of us who are engaged in doing feminism within institutional and institutionalised spaces. As several feminist theorists, and particularly women and queers of colour theorists have pointed out, much of the domenstication, or the defanging of radical feminist politics happens through the feminist encounter with the neoliberal western academy. Practicing feminism, or doing feminist theory within the landscape of an increasingly commodified education system, at the very seat of former (and in some ways contemporary) empire imposes certain inevitable pressures, limitations, and risks of complicity. The various demands that are made of us, as well as the reward structures of the academy tend to produce depoliticised, non-collectivised, ‘professionalised’ and pliant subjects. While ‘originality’ and ‘diversity’ are encouraged in letter, they are disciplined in practice to ensure that the academy remains, above all else, a tool for the reproduction of a class of elite, and the ideologies that legitimate them. Often, feminism or feminist theory within the western academy resembles what Vietnamese theorist Min-ha calls “occupied territory”– a space already marked by hierarchies and oppressions.

Importantly, however, some of the most compelling challenges and resistances to these dangerous mobilisations of feminism have come from within various feminist activist and academic quarters. While ‘feminism’ has come to hold various reactionary, conservative agendas, it equally contains the radical critiques that destabilise them. The possibility of queer, anti-racist, decolonial feminisms as opposed to more hegemonic or co-opted versions has been imagined through various dissenting, but still feminist interventions, feminist methodologies, feminist knowledge projects.  In fact, there is no greater testament to the continued political import and potential of radical feminist knowledges than the increasing global right-wing clamp down on feminist and gender studies– from Hungary to India and beyond. That feminism, or something contained within it poses such a credible, immediate threat to right wing projects makes it not just a worthwhile, but indeed an urgent pursuit.

Thus despite all of the contradictions and complications contained under the signifier ‘feminism’, this is not a call for a total eschewal or rejection of feminist projects, or embrace of post-feminist ambitions. Rather, it is a recognition of the fact that feminism itself also functions as a field of power, as a terrain of struggle in its own right, containing both the possibilities of oppression and liberation. The challenge for those of us who identify with it, then, is to resist any tendency within this field of power to produce or reproduce hierarchies, or abet exclusions.

With the (admittedly) limited franchise we have as privileged participants within institutional feminist spaces, we are empowered with the possibility of challenging and gradually eroding colonised, racist, hegemonic forms of feminism. From decisions around who we read and cite, how we occupy or concede space, our practices of solidarity and community, our every concession or refusal does some work in determining what can or cannot be done in the name of feminism. We are left, then, with the daunting but deeply rewarding task of rescuing this radical project from its more questionable avatars and allegiances, and reaffirming its critical political potency.

My response to why feminism, then, is informed above all by my stake in getting to define the ‘what’ of feminism- by an investment in participating actively in shaping what is done in its name. In answering ‘why feminism’, I recognise the multitudes held within it, and the crucial work insurgent feminisms from various marginalised communities have done in forcing feminism to remain self-critical, reflective, never defensive. And I hope that together, as a community, we can work within and against the various institutional constraints imposed on and through us, to carry forward the legacies of these insurgent feminisms. 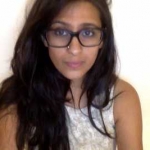 Priya Raghavan is a PhD candidate at the Department of Gender Studies. Her research examines constructions of ‘victimhood’ and ‘agency’ in discourses of sexual violence in India.

Bad Behavior has blocked 220 access attempts in the last 7 days.