Science Wills It!: The Use of Scientific Claims in ‘Anti-Gender’ Rhetoric

Science Wills It!: The Use of Scientific Claims in ‘Anti-Gender’ Rhetoric

Imagine yourself sitting in an over-crowded pastoral centre on a cold winter day in Bratislava and hearing the following argument: “When we are discussing what is best for the child, we have to take into consideration that studies conducted by homosexual groups have shown that average duration of a homosexual connection is 1 year and 2 months. And an average marriage lasts on average 18 years”. You may start to wonder: Why is the speaker comparing apples (dating) with pears (marriages)? Why insist on a fallacy which most undergraduate methodology courses in social sciences warn against?

Yet such examples of pseudo-scientific argumentation were far from rare in the run-up to the February 7th, 2015 Slovak Referendum on Family. Rather than being coy about adopting the language of science, the representatives and invited guests of the faith-based umbrella organisation Alliance for Family (orig. Aliancia za rodinu, henceforth AFF) employed a variety of strategies aiming to embed themselves within a secular discourse, away from the moralistic ‘language of sin’. The speaker was Želka Markić, an anti-gender political operative from Croatia’s U ime obitelji (‘On Behalf of the Family’) organization. She was also one of the organisers of a successful Croatian ‘pro-family’ referendum in 2013, one which the AFF wished to emulate in Slovakia.

Though unsuccessful due to a low turn-out (21,41 % of the eligible voters with a 50 % threshold), the Slovak Referendum also aimed to oppose same-sex marriage and adoption, as well as obligatory sex education and education on euthanasia in Slovak schools. This was the first referendum in Slovakia to be initiated by a civil society organisation rather than a political party/coalition. It is estimated that the umbrella organisation, with the aid of Roman-Catholic clergy (not limited to the pastoral letter of support from the Slovak Conference of Bishops), mobilised hundreds of volunteers to collect signatures for the initiative and conduct the campaign. 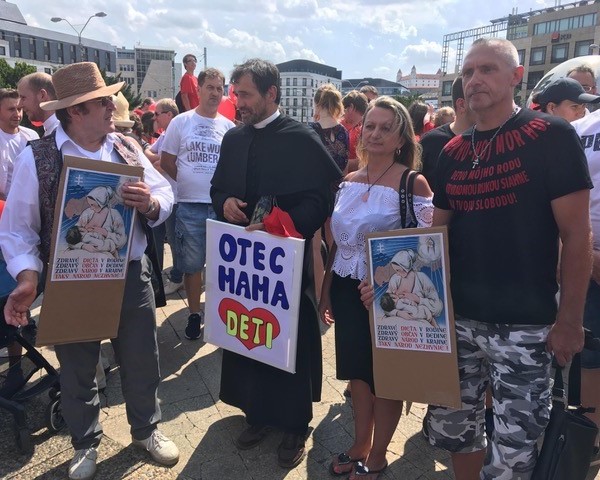 The Referendum established a very strong presence of anti-gender rhetoric within Slovak politics, however, the early signs of open political opposition to ‘gender ideology’ can already be traced to the 2013 pastoral letter of the Conference of Bishops, or the 2014 publication Gender alebo rodová ideológia (en. Gender or gender ideology) by Mária Raučínová, published by the Slovak Salesians. The latter book drew heavily from Gabriele Kuby’s The Global Sexual Revolution, herself a ‘scientific celebrity’ of the anti-gender movement in Central and Eastern Europe.

Studying the AFF campaign videos and debates before the 2015 Referendum is instructive as it reveals a familiar script of fashioning their arguments with ersatz expertise. The argumentative strategies of the anti-gender movements sweeping many European countries are increasingly relying on scientific framing. For example, in Slovenia and Croatia, anti-gender political actors with religious background have been observed to oppose (gender) equality policies on the grounds of supposed scientific knowledge. Such strategies suggest an effort to form an alternative public space, whereby the anti-gender movement develops its own body of knowledge and a pool of intellectual celebrities. A similar pattern emerged in Slovakia, where the religious based anti-gender actors attempted to secularize their discourse using scientific frames and the language of expertise, despite their lack of credible research or claims to relevant expert knowledge.

The videos produced by the AFF campaign featured 27 public personas supporting the referendum. A full third of them comprised medical practitioners, i.e. medical doctors, nurses, or psychologists. Their invitation into the public discourse was no accident. These medical practitioners served to provide a semblance of scientific legitimation on questions of child development, both with regards to the issues of sexual education and adoptions by same-sex couples. Nevertheless, while ostensibly representing the ‘voice of the experts’, less than half of these practitioners provided any direct arguments for why they would participate in the referendum. And even here the arguments mostly ranged from nationalist explanations (“The stronger the family… the stronger the society. The stronger is our state and the stronger is our nation”), to equating sexual education with totalitarian practices.

The parallel strategy to this expert self-positioning was to accuse the opponents of unscientific practices motivated by a suspect ideology. When talking about the topic of mandatory sex education in schools, the representatives of the AFF and their invited guests framed sexual education as ideologically imposed. They claimed sex education to be an outgrowth of the institutionalisation of unscientific ‘gender ideology’. For example, Ludovine de la Rochère (France – La Manif pour Tous), invited to an AFF public debate, made this logic explicit: “there is no difference between a woman and a man. And if they are the same, there is no need for them to complement each other. Gender ideology is wrong, because it is not based on science”. Similarly, the aforementioned Želka Markić, argued that rather than being based in ‘gender ideology’, sexual education needs to stem from psychological research. She also questioned any research data which might stem from ‘the ideology’, disputing the reliability of reported numbers of homosexuals in general population.

When it came to the topics of sexual education and same-sex couples’ adoptions the representatives of the AFF also utilized a discursive strategy we may term ‘vague scientific legitimacy’. This practice tended to acknowledge ‘scientific knowledge and research’, but rarely with any clear references. For example, in one video a professor of medicine (5 February 2015) stated: “I am a doctor, I do not have thorough knowledge as sociologists, psychologists, or psychiatrists would have, but… I came across scientific research, which supports why we should go vote 3-times yes”. In another video (10 January 2015) a representative of the AFF responds to a question from a journalist about the main motto of the Referendum “It is clear to the kids” (orig. ‘Deti v tom majú jasno’): “[T]here is research on the ideas children have about a family. And there is also research which points to the role of the mother and the father.”

On several occasions, when the representatives of the AFF did make use of qualitative and quantitative data in their arguments, their interpretation of the data rarely displayed methodological rigor. For example, on 29 January 2015, one of the advocating medical practitioners, claimed that sexual education is detrimental to the development of a child. She based this claim on an analogy with existing research on sexual violence: “… the latest research shows that some negative experiences may influence children in their further development and well-being. We know, for example, that girls who have been sexually abused will later in their lives have problems with sex”.

Finally, the representatives of the AFF often made direct references to several academic studies to account for a lesser suitability of same-sex partners to raise children. However, in these arguments against same-sex adoptions and marriages they relied most often on Douglas W. Allen’s (2013) study on ‘high school graduation rates among children of same-sex households’ and Mark Regnerus’s (2012) study of ‘adult children of parents who have same-sex relationships’. Famously, both the Allen and Regnerus studies were extensively criticised and ultimately discredited within their respective scientific communities for their sample choice and data collection. Another popular choice in this line of argumentation, Kyle D. Pruett’s (2001) study on the importance of fathers for children, focused on children conceived by in-vitro fertilisation and raised in single-parent families (one mother) or in lesbian families. The study documents the desire of these children to learn about their biological fathers.

The use of the narrative of scientific expertise, or counter-expertise, is not new nor unique to anti-gender movements. Sowing epistemic uncertainty by employing counter-experts and funding institutes conducting their own research has long been a staple of financially motivated science denial by tobacco or oil companies in the United States and elsewhere. US evangelicals and creationists adopted a similar strategy (the so-called ‘Wedge Strategy’) in their efforts to advance ‘Intelligent Design’ as a credible alternative to evolution and ‘materialist science’.

These attempts to consciously redefine public understanding of science by presenting pseudo-scientific theories as plausible competing explanations appears to have found a conscious echo in the AFF’s use of expert narratives and scientific frames. Their appropriation and reproduction of secular scientific discourse was also needed to credibly neutralize the uncomfortable scientific findings which run counter to their faith-based values.

The medical practitioners invited by the AFF as their campaign advocates were always presented with their full degrees and professional details, even though their arguments never moved beyond clichés about family or nation, let alone touch on their relevant expertise. Still this appeared effective; in a society plagued by low scientific literacy and meagre engagement of scientists in the public discourse, the cultural trope of medical doctor as a universal expert still persists in the public’s perception.

For similar reasons, accusations of ideological bias levelled at their scientific and human rights’ advocate opponents, vague references to ‘research’, misrepresentation of studies about tangentially related phenomena, and prolific use of debunked research have been an effective communication strategy.

Thus the rise of anti-gender movements poses the same question for the scientific community that it faces with vaccines, climate change, and other areas with ideologically motivated science denial: how to effectively counter the false and pseudo-scientific arguments in an information environment where the audience is little adept at recognizing relevant expertise?

This text was prepared under the auspices of the Slovak Research and Development Agency, grant no. APVV-15-0234: Sexual education in the context of ethics of care. This blog post is part of a series of posts on transnational anti-gender politics jointly called by the LSE Department of Gender Studies and Engenderings with the aim of discussing how we can make sense of and resist the current attacks on gender studies, ‘gender ideology’ and individuals working within the field. 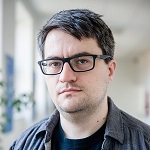 Pavol Hardoš holds a PhD. in political science (political theory) from the Central European University in Budapest. He is an assistant professor at the Institute of European Studies and International Relations, Faculty of Social and Economic Sciences, Comenius University in Bratislava. In his research he mainly focuses on political aspects of social epistemology. He tweets as @kolkava.