What do we mean when we talk about ‘survivors’? Perspectives on the exclusions of the ‘trauma of sexual assault’ discourse

What do we mean when we talk about ‘survivors’? Perspectives on the exclusions of the ‘trauma of sexual assault’ discourse

In the 1970s and 1980s, the feminist anti-rape movement shed light on the issue of sexual violence, both against children and adult women. This was a response to the rape myths that allowed for the undermining of survivors’ voices and the support of what is known as “rape culture”. The movement initially focused on the social and cultural causes behind sexual victimisation but it was quickly overtaken by what is now being called ‘the trauma model’ of understanding abuse and its consequences, with a focus on the psychological impact of rape.

In exploring the exclusions of the trauma model, my aim is not to discuss how “accurate” it is, or to test its overall applicability, as I am convinced that this model reflects the reality of many survivors, and is a definite progress compared to attitudes that portrayed rape as harmless. Rather, what I want to explore is the harm done by a monolithic understanding of what life looks like after rape. As Gavey and Schmidt[1] argue in their assessment of the trauma of rape discourse, the problem does not lie in the discourse itself, but rather in the universalizing tendencies that arise from having a single dominant understanding of survivorship. With this, my aim is to shed light on how the survivor is constructed in Western imaginaries as an inevitably traumatized and broken individual who can only achieve recovery through professional psychological interventions. Such a construction, I would argue, is not only pathologizing, but it works to exclude survivors whose experiences do not ‘live up’ to this representation: there is thus a need for various and differing discourses regarding survivorship so that the diversity of individual experiences can be better accounted for.

So, what exactly is the ‘trauma of rape’ theory, and how does it construct a specific image of the survivor? Through focus group discussions about the impact of rape, Gavey and Schmidt show that this discourse relies on the central presumption that rape inevitably leads to profound and transformative psychological trauma. Indeed, as shown by Woodiwiss[2] in her account of narratives surrounding childhood sexual abuse, feminists and traditional therapists, in seeking to ensure the recovery of survivors and to bring public attention to this issue, have framed the ‘wrongfulness’ of sexual violence as directly related to the psychological and long lasting harm done by it. As such, we have seen in recent decades an overemphasis on the long term psychological impact of rape as the ultimate criterion to understand and speak about those who have been sexually victimised. Such a vision, according to Gilfus[3] in her survivor-centered appraisal of trauma theory, leads to a conflation of the violence itself and its impact. Further, she explains that, by applying the trauma paradigm to cases of sexual assault, there is a direct assumption made that traumatic events will lead to psychological symptoms, unless the victim is somehow exceptionally resilient. So, if we take these accounts, what becomes evident is that the adoption of psy discourses have equated sexual assault with lifelong trauma in a way that a separation of the two becomes nearly impossible. With this, “the possibility of not being horribly harmed by rape is constructed as not only unlikely, but as abnormal”.

At this point, one can wonder, what is so wrong with equating rape to trauma? How is that harmful, when surely it shows that at least this sort of violence is being taken seriously? There are different negative consequences to this portrayal of the survivor, but I am going to focus on one specific aspect: the idea that if you are not as traumatized as the culturally approved survivor “should” be, you are either lying or in denial. For instance, it took me a long time to admit to myself and to others that I had been sexually assaulted, because I did not identify with this damaged portrayal. My life after the assault did not seem to be bad enough for me to claim that I had been sexually violated in comparison to the stories of overwhelming trauma that were available to me.

As a result, once I did speak about my assault, I often felt like a fraud, or felt the need to represent myself as more “broken” in order to be seen as a convincing survivor.

The dominance of the trauma model works as an exclusionary mechanism through which those who are not “scarred enough” are left without a story to tell and feel illegitimate when talking about their abuse. As Woodiwiss finds through her interviews with survivors of childhood sexual abuse, the trauma story that is propagated within feminist circles and society at large delimits the possibilities for talking about sexual violence and silences those experiences that do not fit neatly within this framework. Ovenden[4], through interviews with young women regarding their management of victim and survivor identities, underlines how the popularized “recovery movement” has created a dichotomy between healthy and unhealthy responses to trauma. She argues that, when adopting the survivor label, individuals are faced with assumptions of psychopathology – and are judged on the basis of whether they are considered to be “dealing” with their issues correctly.

Hence, the creation of “new truths” about survivorship, when applied in such a rigid way, has stigmatizing tendencies. For instance, the notion of denial is now often used to explain why survivors claim that the assault did not have such a big impact on their life. The psychological scars left by sexual victimization are constructed as so overwhelming that survivors’ agency is erased, and their life is read through the lens of trauma. This can lead to attitudes where individuals assume to know better than the survivors themselves what is right for them. So, in my case, instead of telling people that I was alright and potentially having them believe that I was denying my trauma, or not addressing it “properly”, I aligned my story to the dominant discourse to avoid being discredited.

With trauma being presented as the all-encompassing reality for everyone who has been targeted by sexual violence, an experience that is not reflective of this is seen with suspicion. Totalizing interpretations of the reality of sexual violence and its consequences deny any level of agency and erase the diverse experiences linked to sexual victimization. This is troubling since feminist activism has been at the forefront of the fight against the universalizing tendencies found in many disciplines, but seems to have failed to acknowledge specificity when it comes to survivorship. The attention given to the common indicators of trauma in survivors can lead to an oversimplification of survivors’ responses to sexual violence. As such, a re-framing of the ways we understand the wrongfulness of sexual violence is in order.

The wrongfulness of what my assaulter did lies in the fact that he ignored my agency over my body and thought he was entitled to do what he wanted with it. How my life has been since, whether or not I am traumatized now, should not be the sole focus of anti-rape activism: sexual assault is a serious problem, if only for the immediate pain, confusion and fear it causes. Symptoms of trauma should be given the attention they deserve if they arise following an assault, but they should not be presented as an inevitable and lifelong outcome. Thus, in the same way that activists have fought against the claim that rape was ‘not that bad’, we must be wary of theories that can lead to the undermining of individuals on the basis that they are not “traumatized enough” to be survivors, as well as of patronizing claims that see them as sick individuals living in denial of their suffering. The rigid application of the trauma model, in spite of its well-meaning intentions, has stigmatizing and pathologizing outcomes that need our scrutiny. Bringing forth differing accounts of vulnerability and of the impact of sexual assault might allow survivors to make sense of their lives in more nuanced ways, and open up a space for them to talk about their experiences, if they choose to do so in the first place. 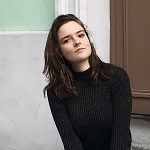 Aude Langlois has a Bachelor of Arts in European Studies and Spanish from King’s College London, and is undertaking a MSc in Gender, Development and Globalisation. Alongside her studies, she is working for All Survivors Project, an international organisation that conducts research and advocacy on the topic of male survivors of conflict-related sexual violence. She is currently working on a dissertation on Argentina’s feminist movement ‘Ni Una Menos’ as part of her degree.

[1] Gavey & Schmidt (2011) “Trauma of Rape” Discourse: A Double- Edged Template for Everyday Understandings of the Impact of Rape?  In: Violence Against Women, 17: 433 (Sage Publications)

[2] Woodiwiss, J. (2014) Beyond a single story – the importance of separating ‘harm’ from ‘wrongfulness’ and ‘sexual innocence’ from ‘childhood’ in contemporary narratives of childhood sexual abuse. In: Sexualities 17 (1&2) (Sage Publications)

[3] Mary E. Gilfus (1999) The Price of the Ticket. A Survivor-Centered Appraisal of Trauma Theory. In: Violence Against Women, 5: 11 (Sage Publications)

Bad Behavior has blocked 412 access attempts in the last 7 days.