The new episode of anti-gender politics in Turkey

The new episode of anti-gender politics in Turkey 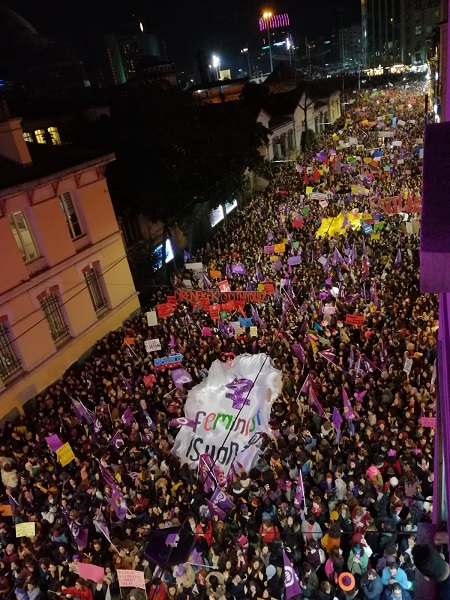 As we approached the 8 March 2019 International Women’s Day, an unexpected and novel occurrence appeared on the horizon of Turkish (anti)gender politics. Something happened, something alarming, which shows the shocking pace with which an anti-gender movement is emerging in tandem with global anti-gender movements. A strong governmental policy to undermine gender equality has already been in force for the last decade, yet it is only recently that anti-gender politics is taking on a populist life of its own out of government control with suggestions of tensions ahead. Interestingly, this new episode seems to borrow much from the narratives of Western anti-gender movements.

Just before the 8 March, an abruptly founded network called The Turkish Family Assembly made an announcement on social media calling people for a press release and for Friday prayers at several mosques in eight big cities on Women’s Day. Their main motto was “Stop the global war on the family”, echoing the exact slogan of the anti-gender mobilisations in Europe and elsewhere.  Among the main demands were the annulment of the İstanbul Convention and the repeal of Act no. 6284, which aims to prevent violence against women. The announcement also said that “the terrorism of gender equality and homosexuality is a crime against humanity”. And other demands followed regarding much debated topics such as child custody, divorce payments and assets distribution in divorce. The document included calls for a ban on alcohol and gambling, restoration of the `head of the family` status in the Civil Code, and lifting the ban on under-age marriages.

Interestingly, no such gathering or protest took place on 8 March, for reasons unknown to us but most probably related to the adverse attitude of the government. Instead, what we witnessed was another shocking reaction to the 8 March demonstrations in Istanbul organized by the feminist movement. On 8 March, thousands of women who gathered in central Istanbul to celebrate Women`s Day were both marching, protesting and booing at the police forces who were trying to block the march. A few days later, when addressing the people at an election rally, President Erdoğan accused the women on the march (who were allegedly led by the two opposition parties) of disrespecting Islam by booing the Islamic call to prayer (ezan). The simple fact that women chanting and booing at police accidentally coincided with the call to prayer from a nearby mosque was transformed, in the hands of Erdoğan and his followers in the media, into a solid sign that the approaching local elections would be a life and death matter in which Islamic and national values were at stake.

These two occurrences could be seen as further examples of an all too familiar election strategy by the national-populist Islamic party in power, AKP, and its leader Erdoğan, who have been fiercely employing a strategy of harsh political polarisation on the abuse of religious and nationalist sentiments in recent years. Yet I think that this would be an over- simplified explanation which disregards the critical role that (anti)gender politics plays in relation to the new authoritarian regime in Turkey.  A more elaborated look would draw our attention to the first signs of the emergence of a novel anti-gender mobilisation in Turkey.

In an earlier piece for this blog, Selin Çağatay evaluated the case of Turkey in terms of the global phenomenon of anti-gender movements, highlighting the importance of a transnational perspective. She rightly pointed to the differences of the Turkish case, “which is mediated through authoritarian and populist ways of governing, institutionalized Islamism and Sunni-Turkish nationalism”. Following on from that, I want to draw attention to another striking peculiarity of the Turkish case, which is the non-existence of popular anti-gender mobilisations until now, despite the growing impact of the harsh anti-gender equality policies implemented by the regime for the last decade. Thus it is only very recently that we have started to witness the genesis of an anti-gender movement for the first time. Certainly some seeds of the movement had already been planted in the last three years, but other crucial components rose to the surface only in 2019. In what follows, I will pinpoint the emerging characteristics of this new phenomenon.

Firstly, we see that a new anti-gender narrative is being formulated by some radical Islamist writers, journalists, academics and NGOs. This narrative is mostly based on the strategic problematization of some critical gender issues regarding family law, such as child custody and divorce maintenance payments, as well as Act no. 6284 for the prevention of violence against women, which has been in force since 2012. In the case of all three topics it has been claimed that the state and the laws unjustly favour women at the expense of men`s rights and wellbeing. This discourse of masculine victimisation and the ensuing male resentment is a real novelty for Turkish gender politics and it resonates strongly with the incitement of resentment and rage which is central to the functioning of the authoritarian-populist regime. With the emergence of this new narrative we are also observing an attempt to establish a firm link between the growing popular masculinist reaction to the fracturing of gender relations in family and wider society and an Islamic-nationalist populist project. We cannot say that a fully-fledged popular movement has yet emerged, with grassroots people ready to mobilize against gender equality, but there are attempts to instigate such a development, as we see in the case of the as yet unsuccessful movement of Divorced Fathers.

Secondly, a new ingredient has been introduced into the anti-gender narrative for the first time, denigrating the concept of gender itself. In February 2019 we observed that some pro-government journalists had suddenly started to write columns condemning the use of the concept of ‘gender’, in order to wipe out the last few remains of a `gender equality` agenda from the state bureaucracy.  Thus the İstanbul Convention is being targeted for embracing the concept of gender and forcing it into Turkish national law, as a Trojan horse aiming to destroy the natural order of the sexes and promoting homosexuality and `perversity`. Moreover, still another wave of attacks on gender equality was launched at the beginning of this year. Following a number of newspaper pieces demanding an end to an (already ended) Gender Equality Project implemented by the Ministry of Education a while ago, not only the Ministry of Education but also KADEM (the most influential women’s GONGO) and the Council of Higher Education condemned the concept of `gender equality` and declared their commitment to `gender justice`, an alternative narrative which has been promoted by government circles for the last few years.

It is important to note that the new narrative, although impregnated with an Islamist world view, still introduces some non-religious elements to the anti-gender discourse in imitation of the typical narratives of anti-gender movements in Europe. Hence it is being argued that the concept of gender is not `scientific`, given that the saliency of biological differences between the sexes is `proven by science`. It is also claimed that `gender` aims to destroy all sex differences, creating a genderless society and promoting homosexuality. Moreover, the concepts of gender and gender equality are targeted for their alleged conspiracy against the future of humanity through the destruction of family, reduction of fertility, genetic engineering and surveillance technology, which all together are hauling humanity into a post-human era. As you can guess, the constitutive outside of this narrative is always `the materialist West`, and the remedy is a return to Islam. Interestingly, this new version of anti-Western narrative is much indebted to or even directly borrows from Western anti-gender movements.

Until very recently, anti-gender politics was in the monopoly of AKP and there was no need and no ground for a popular movement.  But nowadays there are signs that anti-gender politics is escaping the control of government forces and the seeds of a popular movement are being sown. The proponents of the new narrative are becoming more and more critical of the government. I think the cultural and political climate has been prepared for such a development only with the radical authoritarian-populist turn since 2015. The sentiments of hate, rage and resentment inherent in the spirit of ‘New Turkey’ have been deepened and the nationalist-populist divide (us vs them) needs new ingredients to be added to fuel it.  We have yet to see whether the new initiatives will take place under the yoke of the one-man regime or benefit from a limited autonomy; yet in both cases, it will most probably prove that the gender question is the Achilles’ heel for the ‘New Turkey’, leading to new tensions and confrontations. Aggravating its anti-gender politics by further provoking the masculinist reactions would highlight the Islamic character of the new regime and thus risk the delicate balance of forces of the ruling coalition which includes secular-nationalist elements as well.  It would also expose more to the light the ugly fact lurking behind the seemingly pro-family or conservative values: that this regime represents a ruthless performance or display of hyper-masculine power which is motivated by no concern for any values but only the basic instinct to stick to power. Given the resilience and vitality of women’s movement as well as the still resisting secular and democratic forces, the new regime is likely to face with the collapse of its illusions of ruling smoothly. 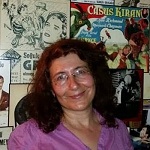 Dr. Alev Özkazanç is a Visiting Scholar at St Antony`s College, University of Oxford. She is an emetitus Professor of Political Science and Gender Studies from Ankara University. Her published books are: The New Right and After: Writings in Political Sociology (2007), Neoliberal Appearances: Citizenship, Crime and Education (2011), Sexuality, Violence and Law (2013), Feminism and Queer Theory (2015). She has been at the editorial boards of academic journals such as Mürekkep, Toplum ve Bilim and at the supervisory committees for Fe Journal: Feminist Critique,  KAOS Q+ Queer Studies, Vira Verita: Interdisciplinary Encounters, and Feminist Tahayyül. As a member of St Antony’s College-SEESOX, she is pursuing research on anti-gender politics in Europe and Turkey with a particular focus on gender violence in authoritarian-populist regimes.

Bad Behavior has blocked 1366 access attempts in the last 7 days.