Sumeyye Erdogan, daughter of Turkish President Recep Tayyip Erdogan, and the vice-chair of pro-government women’s organization KADEM [Kadin ve Demokrasi Dernegi / Women and Democracy Association] said the following during the opening of organization’s branch office in Aksaray: “KADEM bases itself on the wisdom of its own land, principles of its own faith. [As an organization] it questions imposed understandings and serves as a protective shield against those who blame the values of our society for the injustices women suffer.”

As argued earlier by Selin Çağatay on this blog, anti-gender politics in Turkey seem to have different dynamics compared to those in countries where we observe a straightforward attack against gender equality and gender studies. Yet, arguably, despite their lack of an explicit opposition to the term gender or gender studies, the AKP government and KADEM are indeed anti-gender since they reproduce an essentialist gender ideology and marginalize the efforts of feminist organizations, all the while embracing a narrative of women’s rights advocacy. The notion of ‘gender justice’ as promoted by KADEM is simply anti-genderism under a different name.

Scholarly research on AKP’s gender and family policies commonly observe the neoliberal, conservative, Islamist and patriarchal agenda of those policies. The party’s neo-conservative discourse “undermines gender equality by emphasizing the centrality of the family institution by glorifying gender roles” (Acar and Altunok 2013:16). In this heteronormative approach, family, imagined as a “prototype of the nation”, consists of individuals who share the same values, have different responsibilities based on their age and gender, and do not hesitate to put the familial unity before their own well-being. It is from such a conservative familialist perspective that KADEM tries to establish an alternative discourse on women and gender, against the so-called ‘western’ (to be understood as ‘feminist’) one.

With its claim of “breaking the hegemony of certain discourses in women’s studies in Turkey”, KADEM can be read as an attempt of the AKP to challenge the independent feminist movement and institutionalize its own conservative female mobilization. In the Turkish context, secular, Marxist, leftist, Islamist and Kurdish feminist movements proliferated in the 1980s. These independent movements came together, despite their differences, under various platforms to push the government to establish mechanisms against gender-based violence. The efforts of women’s organizations were decisive: by way of example, the Civil Code (2002) and Penal Code (2004) reforms repealed many articles that were against gender equality[i]. These women’s organizations, particularly those that held pro-secular and feminist ideals, were active in the preparation of the Law 6284 on Violence against Women (2012), working closely with the Ministry of Family and Social Policy. They also play an important role in the Inspection Committee for the implementation of the Convention on the Elimination of All Forms of Discrimination against Women (CEDAW) as well as the Group of Experts on Action against Women and Domestic Violence Delegation, which supervises the implementation of the Istanbul Convention (2011). These groups also criticize discriminatory government discourses and policies on gender through public campaigns and mobilizations, hence, exercise pressure over the government.

The argument that KADEM is born out of attempts of institutionalization of pro-government, neoconservative gender ideology is reinforced by the organization’s increasing engagement with the state as women’s representative organization. To name a few examples, KADEM was the host organizer of Women20 Summit in 2015, one of the NGOs to write a Shadow Report in 2016 on the implementation of CEDAW, and it worked closely with the government during the workshop on Istanbul Convention in 2015.

In 2010, Erdogan introduced the idea that gender equality could be opened up to discussion in the political sphere, when he declared (during a meeting with women’s organizations) that he didn’t believe in equality between men and women: “Women can only be equal to women. Otherwise, it is against nature.’’ He has been repeating this statement over the years, reinforcing KADEM’s conservative anti-gender ideology.

KADEM’s former President, Sare Aydin Yilmaz (who is now an AKP deputy) brought a systematic explanation to the idea, in her article entitled “A New Momentum: Gender Justice in the Women’s Movement.” Taking equality and difference as dichotomous terms, the article argues that universalist/feminist demands on equal rights and ‘liabilities’ bring more harm than good for populations with different needs. The idea is based on an interpretation of Islam which considers male and female nature (fitrat) as different and complementary to each other; with men and women undertaking different social functions and duties. Hence, “gender justice will provide fair and proper sharing of roles in favor of women”. While Yilmaz is not clear on how these roles will be shared, one can rest assured that all these discussions on gender justice amount to nothing less than anti-genderism. 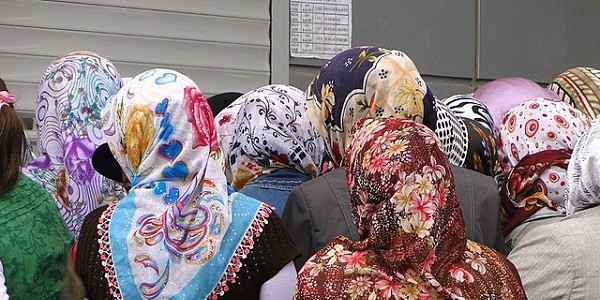 Gender-based Violence or “Be a man first!”

Like other women’s organizations in Turkey, KADEM also actively supports policies aiming to protect women from violence, but it does so by taking gender-appropriate roles and hegemonic masculinity as granted. It tries to combat violence against women by supporting the family rather than empowering women as individuals. Consequently, it offers a “patriarchal bargain” in which women are meant to perform their foremost task as mothers and wives, and men work to “control” their anger and refrain from violent behaviours.

KADEM organizes public campaigns on November 25, International Day for the Elimination of Violence Against Women, using public service and newspaper advertisements as well as billboard banners. In 2013, their campaign title was “If you are a man, overcome your anger”. This expression has sexist connotations in Turkish society, linking courage and being ready to show force with manhood. KADEM thus understands anger as an inherent aspect of manhood, and calls on men to control it.

The following year, in 2014, their campaign built on this logic, was entitled “Be a man first”. The slogan was “Whoever lays a hand on a woman is not a man”. In the public service advertisement broadcasted as part of the campaign, we see a man walking in the neighborhood while all the other men turn their heads away as he passes, because he is abusing his wife (note the very marked absence of women in the advert). Rather than being openly and legally contested, male violence becomes “a secret that is disapproved of and that everyone knows but no one in the neighborhood talks about.” (Akyüz and Sayan-Cengiz 2016:1). Essentialized as inherently passive vis-à-vis inherently aggressive men, women and their agency is completely out of the picture.

Anti-genderism in Turkey has also manifested through recent political economic transformation. Indeed, the Turkish welfare regime has been undergoing important transformations since 2002 with changes in social security and health care, flexibility in the labor market and privatizations. The new social security law (2008), opposed fiercely by labor organizations, decreased government contribution in wages, pensions and health care and increased minimum age for retirement. Flexible/part time employment of civil servants was introduced through these new regulations. Privatization of state-owned enterprises, a phenomenon dating back to 1980s in Turkey, was accelerated under AKP governance, leaving thousands unemployed as a result.

As the state withdraws from social-assistance programs, charities and the family emerge as institutions responsible for ‘care’. These changes affect women’s lives on a greater scale, who are already in a more vulnerable position in the labour market, compared to men. The social security reforms restrict women’s retirement conditions and their right to benefit from their father’s health insurance has been repealed, increasing their dependence on their husbands. Female labour force participation rests around 30% whereas women’s involvement in informal work has been on the rise. As Sonmez noted in 2013, 53% of all female workers worked informally, without any kind of social security. The gender gap in education (unequal access to education for girls) and political representation (women make only 17% of the Turkish Parliament) remain pervasive in the country, as well as the high rates of domestic violence.

What KADEM advocates for female employment, is flexible working hours, micro-credits for home-based work, and other kinds of arrangements which will not interrupt women’s primary role as wives and mothers. Consistent with neoliberal government policies, it encourages women’s labor force participation as secondary to men. However, familialist policies serving male hegemony might find support among women when they are implemented in a context where the state is either incapable or reluctant to empower women. In Turkey, structural problems, together with cultural conservatism and gender discriminative policies, render female labor participation difficult. Under these circumstances, some women may be expected to buy the “bargain” KADEM offers them.

But the dilemma here is that women are mostly exposed to male violence in the family. To resist familial control and related forms of violence by divorce may translate for women, who are already deprived of power in labour market and politics, into losing the only opportunity they have in reaching the state’s support, in terms of social security or stipends. On the other hand, looking at numbers on violence against women, the anti-gender policies of opposing violence within the family by ‘convincing men to control their anger’ are clearly ineffective: in 2017, for instance, at least 290 women were murdered, mostly by their husbands. What women need are policies that empower them as individuals – not as components of family institution – policies that address structural inequalities between men and women.

Ultimately, KADEM engages in a sneaky, hence dangerous, form of anti-genderism. Like the government itself, it presents its work as progressive and against domestic violence (other forms of gender-based violence such as violence against LGBTQ individuals are of course mostly ignored) and has constructed an institutional infrastructure to prove the point. Yet, the gender ideology it disseminates is one that essentializes both women and men, ignoring the social construction of both masculinity and femininity. KADEM hinders the work of other feminist organizations which challenge those conservative ideals, and is at its core, entirely anti-gender. 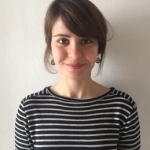 Tutku Ayhan is a Ph.D. candidate in Security Studies at the University of Central Florida. She is mainly interested in gender-based violence, women’s security and political violence in the Middle East. Her dissertation project focuses on post-genocide gender dynamics among the Yezidi community.

[i] To give some examples, with 2002 Turkish Civil Code Reforms, husband is no longer ‘the head of the family’; both spouses have the right to represent the family; custody of children is decided among two parties; and women no longer have to ask for their husband’s permission to work. The new Penal Code (2004) requires judicial decision for virginity tests; does not use the word ‘girl child’ to address unmarried women (a language which used to imply virginity for unmarried women); no longer defines sexual assault as crime against family but as crime against the individual; and it has brought regulation for sexual harassment in the workplace.

Bad Behavior has blocked 181 access attempts in the last 7 days.