‘What really draws men to war?’ Masculinity and conflict in the work of Tim Hetherington

‘What really draws men to war?’ Masculinity and conflict in the work of Tim Hetherington

On 20 April 2011, photojournalist Tim Hetherington was killed while on assignment in Libya, amid government forces’ shelling of the besieged city of Misrata. Having spent many years covering global conflicts, including in Liberia, Afghanistan, and Sri Lanka, Hetherington had become widely renowned as a war photographer – although this was a label he rejected. He instead described the contemporary world as ‘post-photographic’, viewing photography as a medium with limited potential for authentic representation in an era of mass communication. “I am interested in visually representing something in as many ways as possible,” he said, “exploiting as many different forms as possible, to reach as many people as possible.” Hetherington left a portfolio spanning visual media, including photo essays, documentary films, books, art installations and multimedia exhibitions. This cross-disciplinary approach reflected his desire not only to escape the confines of traditional war reporting, but also to engage creatively with the social and political issues driving the conflicts he witnessed. Over time, he increasingly focused his attention on one question in particular: “What is it about war that really draws men?” In attempting to provide answers to this question, the role of notions of masculinity became central.

In conversation with collaborator Stephen Mayes, Hetherington explained that the starting point for much of his work was an understanding of warfare as “a particularly male preoccupation, wrapped up with aggression and masculinity.”[1] He viewed the process of ‘defining masculinity’ as part of the process of going to war, especially for young men, saying: “Young men are instrumentalised by the state using their energy and aggression, and that energy is about defining themselves as men. And they’re willing to risk a lot to define themselves as men. And how does society deal with representations of that?” He saw these gendered dynamics as requiring critical reflection from those responsible for producing the imagery of war, yet felt that this was something which was often overlooked.

One of the works in which these themes are most clearly addressed is Hetherington’s 2008 photo series, ‘Sleeping Soldiers’. This set of intimate portraits was captured during a period of ten months which he spent embedded with a U.S. Army platoon in the Korengal Valley, Afghanistan. Subverting orthodox portrayals of ‘men at war’, he presents his subjects in a state of peaceful vulnerability, saying: “They always look so tough, but when they’re asleep they look like little boys. They look the way their mothers probably remember them.” In a video installation of the same title, he overlays the images with footage from their waking reality of intense combat experiences. His explanation of the sudden insight which inspired this project was later adopted as the title of one of his major UK exhibitions: ‘You Never See Them Like This’.

Sleeping Soldiers from Vessel on Vimeo.

Hetherington was also keen to capture a sense of the emotional relationships between the combatants he lived alongside. This is evident in his 2010 documentary film Restrepo (also filmed in the Korengal Valley, and co-directed together with Sebastian Junger) in which some of the most evocative footage is drawn from everyday conversations and interactions at the platoon base. He observed the powerful bonding processes facilitated in such spaces, illustrated in the documentary by scenes of the men joking around, singing, wrestling and playing poker. “Put a group of men together in extreme circumstances and get them to bond together”, he said, “and they will kill and be killed for each other.”

It was from this examination of the depth of these bonds that some of Hetherington’s most direct statements on the underlying gender dynamics emerged. “War is one of the very few places where men can express love for each other without inhibition”, he said. This perspective presents a link between the altered dynamics of conflict settings and the constraints of rigid gender norms in civilian life. According to Mayes, “Tim was looking for what it is that contains men and prevents them from being more expressive.” Mayes singles out Hetherington’s ‘Man Eden’ image – a pastoral scene of a group of soldiers filling sandbags at the Korengal outpost – as his ‘pivotal picture’, for its suggestion as to the significance of war away from the fighting.

These efforts to understand the complex interactions between masculinity and conflict had first originated during Hetherington’s coverage of the Liberian civil war, in the early 2000s. While in Liberia, he observed young rebel fighters, many of whom were only teenagers, re-enacting scenes from Hollywood films, appearing to be “utterly enamoured with the theatrics of war.” This led him to articulate the idea of a mimetic process, which he referred to as ‘the feedback loop’, operating between mass media and conflict and mediated via masculinity. Junger describes this as “the idea that young men in combat act in ways that emulate images they’ve seen – movies, photographs – of other men in other wars, other battles”, leading to the feedback loop “between the world of images and the world of men”. Hetherington would later refer to this as the constituting the ‘software’ of the war machine:

The truth is that the war machine is the software, as much as the hardware. The software runs it and the software is young men and that’s really what my work is about. And in some ways I’m part of the software; I was a young man once, I’m not so young any more but I get it, I get the operating system.

Through his work and accompanying interviews, Hetherington was clearly in the process of developing increasingly sophisticated conceptions of the role of masculinity in conflict. In this respect, his work can be read in connection to the existing discourse around ‘military masculinities’ developed by feminist scholars, particularly in the field of feminist international relations.[2] The study of military masculinities broadly concerns analysis of the relationships between militarism, varying forms of masculinity and gendered institutional power. (Elsewhere on the Engenderings blog, Amanda Chisholm and Joanna Tidy introduce a collection of recent critical contributions to the area). Within this scholarship, Raewyn Connell’s examination of the hierarchical relations between masculinities through the concept of ‘hegemonic masculinity’, wherein one idealised form is culturally exalted, and others subordinated, has been highly influential.

In her cultural history, Emotion, Touch and Masculinity in the Crimean War, Holly Furneaux draws on examples from Hetherington’s writing on Afghanistan, and situates these directly within the military masculinities discourse. Furneaux notes his attention to the plurality of soldiers’ affective experiences, encompassing “moments of aggression, grieving, machismo, vulnerability and strategies of home-making.” She describes his project as comparable to her own: rejecting stereotypically macho masculinities, and instead placing emphasis on soldiers’ emotional and tactile experience. Taking this together with Connell’s concept of hegemonic masculinity, then, Hetherington’s approach might be distinguished from mainstream conflict photography by its representation of often unseen military masculinities, beyond dominant hegemonic ideals.

Yet as well as constituting an intellectual and artistic project, Hetherington’s drive to understand these dynamics was also highly personal, as he explained in his last interview:

My examination of young men and violence, or of young men and this kind of dramatic energy in war was also me trying to understand my own fascination with violence. It was as much a journey about my identity as it was about those soldiers.

Using the vehicle of visual media, Hetherington was able to communicate his exploration of military masculinities in a form which was immediately accessible to viewers far from the frontlines. This resulted in what Mayes refers to as “an astonishing body of work that became a study of men in uniform but emotionally naked.” At the time of his death, Hetherington is said to have been planning a new film project focusing on this study. But James Brabazon, another close collaborator, believes his ideas can still continue to develop, saying: “Tim’s work is an unfinished project. There was an important period after his death when we remembered his work; now we need to interpret his work. We need to engage with it, discuss it, and then we need to turn towards the future. If we can do that, we will be able to build on the conversation that Tim started.” 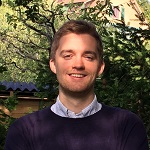 [1] This post takes a narrow focus in following the theme of masculinity as articulated in this quote, while acknowledging the much wider literature on themes of gender in conflict, as well as the range of other topics which Hetherington worked on.

[2] I would like to thank Callum Watson for his generous advice in directing me towards this literature.