On the 17th of November, 2018 at approximately four o’clock in the morning, I was physically assaulted and robbed at knifepoint by three unidentified men on Golden Jubilee Footbridge in Central London, just southeast of Charing Cross and Embankment stations. I was leaving my first night out at the famed Heaven Nightclub, just metres away from the footbridge and an eight-minute walk to home. Without a phone or a wallet, I immediately reported the incident at Charing Cross police station. There I was met with statements such as, “You don’t look hurt” and, before inquiring about my injuries, questions like, “What colour were the men who assaulted you?” The officers refused to let me make an international call to my family and even dialled the wrong number for deactivating my British debit card. What the officers didn’t know and didn’t appear to care about is that I’m a young, gay foreigner and that I ran home that night after they failed to offer me a ride home. But what the police do know is that the area surrounding Heaven Nightclub has been a hotspot for attacks on vulnerable queer people since the 1980s, that over 2,000 anti-LGBT hate crimes were reported in London in 2016 alone (a 15 per cent increase from the year prior), and that maybe the location of my assault wasn’t exactly an inexplicable coincidence. The xenophobia surrounding Brexit and the 2016 U.S. presidential election, the austerity measures dismantling the social safety net, and the pre-existing standardisations of heterosexism and transphobia continue to play a role in these statistics. But my experience begged the questions: what are the police and the media actually doing about this and how does their combined negligence affect more vulnerable members of the LGBT community?

So, I got to researching.

Recent history of crime in London reveals the Metropolitan Police Service’s failure to attend to the protection-based needs of the LGBT community and a consistent overlooking of hate-motivated violence against queer residents. Take, for example, the disturbing phenomenon in which serial killer rapist Stephen Port, now known as the Grindr Killer, raped multiple men he connected with on the Grindr app and murdered at least four with a psychoactive chemical. The BBC estimate that dozens of other Londoners have been raped and killed with the same chemical because the Metropolitan Police Service neglected to forensically analyse criminal evidence and interview crucial witnesses in the Grindr Killer case, even dismissing the link between bodies found buried in the same location and notifying victims’ family members of what they deemed suicide.

While stories like mine and the Grindr Killer case offer a range of extremity, they only partially illustrate the inherent limitations of law enforcement in combating crimes against members of the LGBT community in London. The experiences of trans*[1] people, in particular trans* people of colour, demonstrate the inseparability of police inaction and media manipulation. According to a 2018 report conducted by the British LGBT rights charity Stonewall, “…two in five trans people … experienced a hate crime or incident because of their gender identity [in 2018]”. These statistics need to be located in the current context of hate crime reporting (and lack thereof), as an estimated 79 per cent of trans* victims in the UK do not report hate crimes to the police due to feelings of disillusionment with police negligence and fear of further discrimination by officers and medical professionals alike. It is also essential to note that the news media’s problematic treatment of transphobic violence acts as a contributing factor to the unwillingness of trans* people to speak out about the violence they face and seek help. Unusually similar to the shortcomings of police action, news outlets tend to de-emphasise the severity of crimes, delay reporting and publishing, misgender victims, and consistently let down the greater community. As an anonymous media spokesperson states in Stonewall’s news forum, “Where the media do write about trans people affected by violence, the depressing truth is that the coverage is likely to be harmful and offensive”. The unholy alliance of police inaction and media manipulation seeks to silence and de-legitimise the experiences of trans* victims, an epistemic violence that ensures the existence of physical violence in the form of transphobic hate crimes.

The coverage of trans woman of colour and North London native Naomi Hersi’s murder in March 2018 exemplifies the media’s troubling treatment of transphobic violence in the UK. After contacting 36-year-old Naomi Hersi on a dating website in March 2018 and having sex with her over a three-day period, 25-year-old white, male, LSE dropout Jesse McDonald drugged and stabbed Hersi about 40 times at a hotel near Heathrow Airport. Naomi’s death was reported three days after the incident and picked up by a small number of mainstream news outlets such as the BBC and the Independent. Most reporting centred around the murderer’s academic excellence, sensationalising the staunch contrast between his achievements and his calculating criminal behaviour. Take an article from the Independent, for example, literally titled, “‘Cold and calculating’: Former grade A student murdered transgender woman after three-day drugs binge.” The press also frequently linked Hersi’s murder to the hot-button issues of chemsex and knife crime in London, comparing her tragic story to a uniformly male list of victims. Many of the reports continuously deadnamed and misgendered Naomi, with one actually avoiding her name and her gender altogether, repeatedly referring to her as ‘the victim’ or ‘the 36-year-old’. This dehumanisation is not unique to the media coverage of Naomi Hersi’s murder. It finds its way from crime reports to the headlines through a complete disregard for a victim’s heritage, professional or academic pursuits, community impact, and relationships with loved ones or neighbours. Several of Hersi’s neighbours, for example, described her as a ‘fun’ and ‘lovely’ person, a detail rarely accounted for by the news.

The dehumanisation of people of colour, in particular trans* people of colour, essentially marries the ubiquitous failures of the criminal justice system with the toxicity of the press. Perhaps inspired by the work of postcolonial theorists like Frantz Fanon, Judith Butler states, “…when some group of people comes to represent a threat to the cultural conditions of humanization and of citizenship, then the rationale for their torture and their death is secured” (p. 18). Trans* people of colour like Naomi Hersi are seen as a threat to the UK’s cultural conditions of humanisation − a threat that eliminates their right to full citizenship.

In general, what do these findings say about trans* citizenship in the UK? According to social psychologist and sexuality scholar Darren Langdridge, belonging acts as an essential element of citizenship, one rooted in responsibility, respect and acceptance by a greater community. But, as critical race and trans studies scholars Nael Bhanji and Alyosxa Tudor would argue, trans* subjects often have a uniquely complex relationship to belonging. Bhanji states, “‘Home’ is a location of dislocation and desire” (p. 160). Bhanji and Tudor claim that we need to move away from metaphors of border crossing, travelling and homecoming when theorising trans* belonging. These figurative interpretations often depoliticise the trans* experience and offer only monolithic approaches to transgender. This promotes a ‘politics of home’ related to the normalisation of being unambiguously at home in one’s body and being able to call a nation home. Bhanji suggests that ‘trans politics,’ on the other hand, requires close attention to intersectional oppressions rooted in citizenship, race and nationality in order to queer traditional notions of belonging. This careful appreciation of the trans* experience could offer the news media as well as law enforcement richer characterisations of the victims of systemic violence and other injustices.

My own experiences as well as my research on transphobic violence have taught me that today’s mainstream media coverage of anti-LGBT hate crimes almost always offers adulterated accounts of the violence faced by queer people and, in particular, trans* people of colour. The media seem to mirror the carelessness of law enforcement rather than reflect the diverse needs and realities of trans* subjects. On a positive note, smaller, LGBT-focused media outlets such as PinkNews are actually doing great work in covering queerphobic violence in Britain, work that mainstream news outlets should certainly take time to understand. Writers at PinkNews have been celebrated for a more intersectional, human portrayal of the Naomi Hersi case. Similarly, PinkNews reporters predicted the existence of the Grindr Killer months before Met police decided it was a case worth investigating.

I would like to conclude by stating that transphobic violence is not something that defines the trans* community, but the entirety of our cisnormative society. As feminist advocates like Sonia Corrêa point out, single-story characterisations of victimhood activate saviour complexes that reinforce hegemonic conceptions of social status. However, so long as the cis majority in the UK − myself included − neglect to hold the police, the press and politicians accountable for transphobic violence, they inevitably, and even perhaps unknowingly, play a role in these ongoing injustices. 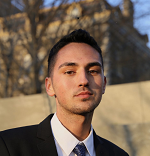 Sean Cartwright is pursuing the MSc Gender, Development & Globalisation at the LSE with interest in the convergence of postcolonialism and queer theory. His preferred pronouns are he/him/his. He is originally from the suburbs of New York City and received his undergraduate degree from Cornell University. His focus in Media Studies at Cornell’s Department of Communication inspired him to research media portrayals of transphobic violence for this post. As for future endeavours, he’s keeping an open mind.

[1]Here the term trans* seeks to include various forms of gender identity and expression beyond cisgender man and woman.

Bad Behavior has blocked 743 access attempts in the last 7 days.