Silence of the Indian sex-workers: Dissecting the eternally suppressed perspective

Silence of the Indian sex-workers: Dissecting the eternally suppressed perspective

The dreadful condition of sex-workers in India has always been a burning issue. While gender equality and human rights movements in India are at an all time high, the condition of sex workers keep deteriorating. Central to this, is the silencing of sex workers’ voices in public. It is an injustice when the views of the main stakeholders are rejected while legislation and moralism threaten their existence. Firstly, there is suppression of sex-workers’ demands and secondly the shadow of morality that keeps the sex-workers in the darkness without the ability to get their issues heard. Without knowing the problem, a solution cannot be achieved.

Testament of truth: A cruel law?

The complication arises when there is a repeated attempt to legislate law for sex-workers which criminalises their profession without consulting them which in turn results in victimisation of the sex-workers under the pretext of protecting them and ignoring their demand for legalisation. 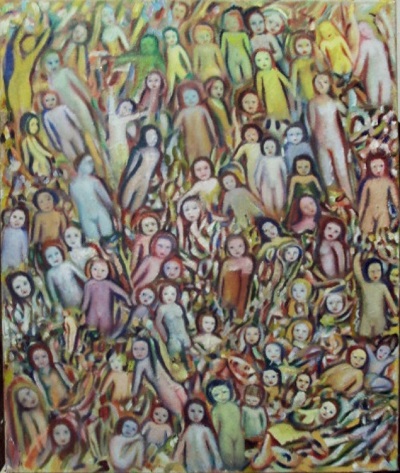 In the Colonial era, sex-work was regulated mainly by Cantonment Act, 1864, Cantonment Act, 1895 and Contagious Diseases Acts and was accepted as a necessary evil. The central  post-colonial era law which prohibited and criminalised sex-work was the Suppression of Immoral Traffic in Women and Girls Act (SITA) Act, 1956. The Government could not provide alternative means of income yet successfully restricted their only source. Sex workers’ lives were marred with police violence, torture and exploitation with no legal remedies available as their very existence attracted criminal provisions. However, when the state regulated policing reached an inhumane level, a series of protests took place which clearly showed their dissent for the law. When SITA was amended nearly 13,000 sex-workers in Calcutta threatened to launch a hunger strike if the government didn’t provide them with an alternative solution for sustaining their existence , they were outraged with the cosmetic nature of this amendment .

In 2005 the Department of Women and Child Development (WCD) proposed certain changes(eg. Introduction of a new section 5c which penalised the brothel visitors) which further drove the sex-workers underground. The WCD didn’t consult any sex-workers in this process. By this time, ignoring the sex-workers’ voice was becoming a common practice for the government. But before the Parliament heard the proposed amendments nearly 4,000 sex-workers protested in the National capital, Delhi to draw political and public attention to their appeal to the government. The National Network of sex-workers submitted a letter of protest to WCD terming it as a ‘direct attack on their livelihood’.

By 2009 the Judiciary finally went out of its usual slumber and tried to intervene. A Supreme Court bench formed by Justices Dalveer Bhandari and A.K Patnaik suggested the then Solicitor General Gopal Subramaniam to legalize sex-work:

When you say it is the world’s oldest profession and when you are not able to curb it by laws, why don’t you legalize it, you can then monitor the trade, rehabilitate and provide medical aid to those involved.

This caused a massive retort from the government and ended in rejection, leading to a spat between the government and the judiciary. In 2012, Additional Solicitor General P. P. Malhotra representing the Centre, told the special bench of Justices Altamas Kabir and G.S.Mishra that such endorsement by the apex court would be in contradiction to the current law which bans sex-work.  The next demand was even shocking when he stated:

He also wanted the bench to remove the Durbar Mahila Samanwaya Committee(DMSC) from the panel constituted by the apex court as the organisation was championing the cause of sex workers and had also filed a writ petition before the Calcutta High Court in support of prostitution.

This was an open attack on the DMSC whose crime was to demand legalisation and thus not follow the government. The government not only wanted to ignore them but actively crush them through this revolting move, showing their hostility to sex workers’ voices.

At the 58th Convention on the Elimination of All Forms of Discrimination Against Women (CEDAW) Session with the Indian Government on July 3, 2014, the Committee highlighted certain pertinent questions to the delegation on its treaty obligations under Article 6 and Article 12. “In the absence of adequate monitoring of Immoral Traffic Prevention Act(ITPA)[1], what is being done to ensure that ITPA is not used to violate the rights of or to harass sex workers who are adult consenting women? “What efforts have been made to provide sex workers access to occupational health services?” asked Niklas Brunn, CEDAW Committee Member. The government delegation did not respond to either of these questions.

Under this crisis situation various organizations of sex-workers were created which tried to perform the functions that the government was supposed to play. The government not only denied support to such organizations but also actively looked out to harass and disregard their pleas and petitions. One such organization is the DMSC. The DMSC is a forum of nearly 40,000 sex workers in the state of West Bengal.  They severely object to the ‘stereotyping of sex workers as either “immoral” or “fallen” women in need of rescue and rehabilitation’. The DMSC emphasizes that sex-work should be decriminalized in order to demand better working conditions, right to health care and freedom from violence. The above mentioned agendas should be the very foundational part of policies of a welfare state like India which it catastrophically lacks.

Law’s loyalty to the harsh society: A sociological view

The narrative till now has been that of an evidence recording one, where I have elaborated on the state’s pursuit in ignoring and suppressing the voice of the Indian sex-workers. One of the major causes is morally driven legislations. Since, morality and law are both social constructs and are inter-twined with each other, a sociological analysis is of the utmost importance.

This oppression of sex-workers follows Roscoe Pound’s sociological jurisprudence, which describes the “lag” between social change and legal change. It is imperative to realize that law does not supersede society but it’s the other way around i.e., law is a subset of society and it is severely affected by prevailing societal conditions. Law has limited autonomy from social practices which dilutes it’s power when a radical social change is proposed through legal routes e.g., attempting to eliminate an age-old social stigma. This forms the foundation of the Indian society’s negligence towards sex-workers.

The solution can only be reached when the real problem has been acknowledged. Here we see complete suppression of sex-workers opinions as their views are considered as less valuable as they are considered as outcast of the patriarchal society which associates negative attributes and declares their opinions as inadmissible, essentially otherizing them.

In a sex-worker’s interview we hear how the society limits her freedom. Asked if she ever wanted to lead a “normal” life, she replies: “Even if I leave this place where will I go? The society will always label me as a prostitute.”

In another interview, a young female sex worker says that not only was she sexually assaulted but also was the regular victim of physical assault, torture etc. She says: “I woke up thinking, there’s no point in living”, “If I died, at least I’d be free of this prison”.

A young girl who deserves education and basic rights wakes up thinking, rather knowing, that in death lies her liberation from the shackles of our society. These are the voices that the government and the other state organs are ignoring on a daily basis.

It is pertinent to observe that morality in the form of social stigma associated with sex-work which the society believes to be immoral and gender discrimination together are used as tools of oppression against the sex-workers. It is essentially Kimberlé Crenshaw’s Intersectionality at play, where morality magnifies the gender discrimination causing further suffering to women who struggle to survive.

Feminism: Frankenstein for the sex-workers?

The dominant feminist movement, rather than supporting sex-workers, instead rallies against the legalization of the trade as predicted by Rosen and Walkowitz. The morality which ‘otherizes’ women to a secondary class influences the same judgement based on moral highgrounds due to which “most feminists find the prostitute’s work morally and politically objectionable”. This feminism effectively upholds the Madonna-Whore dichotomy and in practice turn a blind eye to the sex-workers living and working conditions. Thus it has been rightly said that radical feminists or ‘sex work exclusionary feminists (SWERFs)’   currently pose the single largest threat to sex workers. Identifying these are just the beginning of the cause which has led to such severe conditions of women who strive to support their families in a supposed welfare state controlled by legislation which  claims to protect them through criminalizing their only source of income. 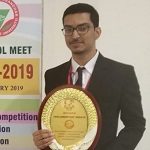 Priyadarshee Mukhopadhyay is a second-year law student at National Law University, Odisha. He is an editorial board member of the NLUO Student Law Journal and NLUO Human Rights Law Journal. He was part of the Decoders Team under Troll Patrol India Project conducted by Amnesty International India in association with Twitter. He has presented his research paper on Gender Equality and Human Rights in 1st National Seminar on Human Rights organized by Amity Law School, Kolkata. His areas of interests are Gender Studies, Sociology, Philosophy, Psychology and Indian and European Competition Law. His inspiration for this piece derives from his strong inclination towards highlighting the current legal status of sex-workers in India.

[1]The current law that bans sex-work in India.

Bad Behavior has blocked 712 access attempts in the last 7 days.