What you want to see is what you get: realities, representations, and reputations of sex tourism in Bangkok

What you want to see is what you get: realities, representations, and reputations of sex tourism in Bangkok

If I ask you to picture Thailand, what do you see?

I guarantee at least half of you are picturing a bustling nightlife: cheap drinks, neon lights, flamboyant performances, and women in minimal clothing – sometimes with number stickers plastered across their chests.

I don’t blame you. Thailand possesses the reputation of a country with a thriving, unconfined landscape of sexual exploration, especially in the West. Scholars even report that the sex industry contributes an estimated 10-12% to Thailand’s overall GDP.

A sex tourist walks into a bar. He drinks, he dances, he receives the sexual attention he has come to expect and been conditioned to desire. Sound like the beginning of a bad joke? I wish it were. 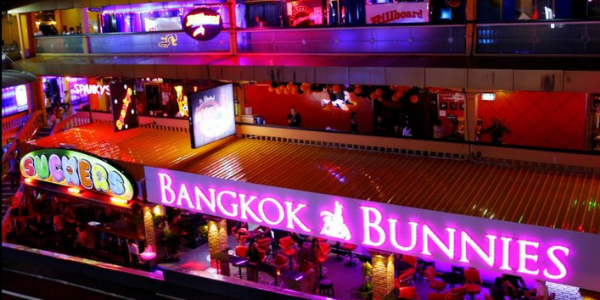 In Western popular culture, Bangkok is continuously equated with prostitution and sexual adventures. In the film Hangover 2, female sex workers are portrayed as one-dimensional; seemingly static and voiceless, they are mere bodies to accompany a hetero-masculine narrative despite the film completely surrounding its plot with Bangkok’s nightlife. In BBC’s sitcom Miranda, a recurring middle-aged white male character is nicknamed Ping Pong Charlie after an adventurous night out in Bangkok. The viewer immediately knows that he has attended one of the city’s infamous ping pong shows. Sex workers in this television series are not even seen (at least they are seen in Hangover 2), but are rather talked about and alluded to, despite having become a crucial component of Charlie’s social identity.

The lived experiences of sex workers are unfortunately very different, ruled by impoverishment, exploitation, and a lack of protection from state authorities. What brings a majority of Thai girls to the industry is a mixture of interlinked factors: poverty, familial cultural expectations, and a need for a stable income. Traditionally, the figure of the Thai daughter is that of a self-sacrificing female, whose income is used to care for, and uphold, domestic and family stability (Muecke, 1992). Families will often persuade their daughters to migrate to urbanized areas such as Bangkok to work as sex workers, where income is higher than average minimum-wage occupations such as waitressing. Thai sex workers working in areas such as Patpong, Nana, and Asok are usually from a lower socio-economic background, with families residing in the Northeast provinces – a region adversely affected by poverty and poor government policies toward agriculture. Sex workers fundamentally carry two economic systems on their shoulders: the rural Thai family and the very nation these families inhabit.

In an academic study, Bishop and Ryan’s interview with sex worker Nong revealed that she was once almost strangled by a customer, ending the conversation with declarations that she had dreams to own a bookstore. While there are organizations such as the EMPOWER foundation that are successfully changing the dialogue surrounding shame, violence, and gender equality – many sex workers are still caught in webs of vulnerability such as HIV/AIDS, sexual violence, and manipulation.

Just as the tourist rests in a liminal space between host country and home, the sex industry also resides in a space between legal and illegal. Sex workers do not receive protection from state infrastructures, nor the authorities that are meant to uphold the law. Prostitution is illegal under national law, but authorities are often complicit in the operations of local sex establishments. The passage of the Entertainment Act of 1966 effectively legitimized the sex trade. Businesses such as karaoke bars, bath and tea houses, massage parlours, and other such venues were deemed legal by the Royal Thai Government, despite common knowledge that these establishments are infamous for employing, and providing, commercial sex services. The passing of this law also means that owners of sex establishments disguised as entertainment ones are not vulnerable to arrests, though sex workers working within such establishments are. The sex industry is not immune to the plague of Thai corruption, which infects all areas of socio-economic life.

What is more, a common tactic used in domestic tourism adverts is language that actively emphasizes these exotic sexual escapades can happen nowhere else except for Thailand. As articulated by scholar Andrew Alan Johnson, The Tourism Authority’s 2004 campaign “Unseen Paradise / Unseen Thailand” featuring a topless woman was particularly unique because the caption for Western tourists read: “heaven is now possible and right here within your grasp,” different to the one available for Thai tourists. Here, the tourism board is guilty of purposefully manipulating an orientalized and sexualized depiction of what Thailand and its women can “offer” in order to attract foreign consumers. Typing the word “Bangkok” into the Youtube search bar also reveals an array of videos focusing on sex and nighlife, made by owners of establishments in the red light district or Youtubers attracting viewers to their channel.

It seems it is not just Western financial institutions who are complicit in a process of exploitation, but also the Thai state and the people who promote it, drawing tourists into an exotic land based on imaginary fantasies that have not just been historically constructed, but also widely distributed throughout popular culture and consumed on a global scale. What you want to see, it seems, becomes exactly what you get.

For a lot of these women however, the current quick fix is not empowerment, but escape. It is difficult to imagine a scenario where sex workers can be, or feel, empowered when faced with a sexual system beyond their control, one that is still reducing them to exoticised bodies where profits can be derived. As cogs in an economic machine fueled in part by Western white hetero-male sexual fantasy, conditions can only improve if sex is not intertwined with orientalism, and especially if sex is no longer imbued in a state-sponsored narrative which claims that illegal sex work is vital to the survival of Thailand’s economy. 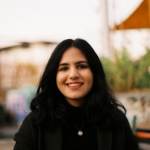 Angana Narula is a Bangkok-ian living in London. She has an MSc in Human Rights from the London School of Economics and Political Science (LSE), and a BA Hons in English Literature and History from Durham University. She has previously worked on TEDxBangkok’s editorial team and spends time being a professional feminist at Pratthanadee Foundation, Thailand. Currently, she works as co-founder of the jfa human rights journal, editing op-ed and photography submissions. You can find the jfa on Twitter and Instagram @jfa_mag.

Bad Behavior has blocked 597 access attempts in the last 7 days.