Awareness of increasing (and increasingly politicised) sentiment against so-called ‘gender ideology’ is spreading, and no longer merely confined to academic and activist circles. Indeed, while her work is considered notoriously inaccessible to those outside academe, Judith Butler, one of the icons of gender and queer theory since the publication of Gender Trouble (1990), enraged far right Christian groups in Brazil enough to have them produce and then burn effigies of her as a witch while she visited São Paulo in 2017. Protesters accused her of calling for the destruction of gender identities, and warned of the harm to children that could ensue. While this is a wilful misreading of her work, the focus of protesters on the protection of children from physical and psychological risk is worth paying closer attention to.

The Birmingham school protests about inclusivity lessons are just one instance of how child safety is becoming a particularly powerful, contentious issue always at risk of being taken over by ideologues who find ways of ‘smuggling’ anti-LGBTQ and anti-feminist claims into mainstream media. It is through the rhetoric of child vulnerability and protection that certain ideas that question or openly oppose gender and sexual equality are finding their way into mainstream political discourse. In fact, resistance to reproductive freedoms and LGBTQ rights can no longer be confined to certain countries or contexts, to the undemocratic or fundamentalist ‘other’ – evoking the spectre of potential harm to the child makes the questioning of seemingly entrenched rights and freedoms admissible across Europe, and beyond. 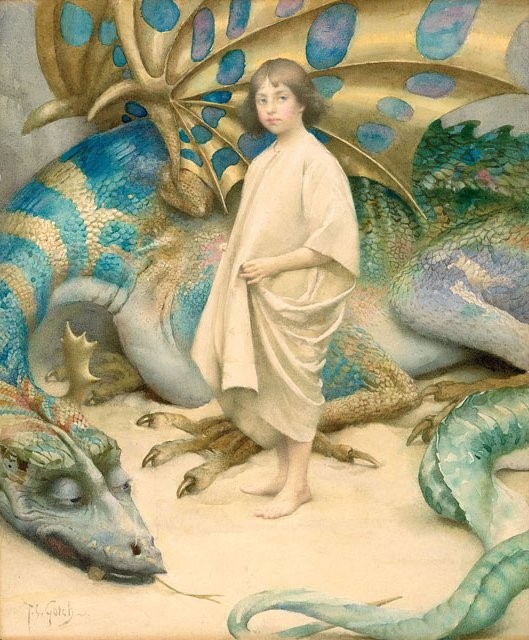 What is the anti-gender movement?

However, first a brief explanatory detour: the ideas and movements referred to as anti-gender or heteroactivist have gained an ever-increasing momentum since the 1990s. A strong influence is to be found among Catholic counter-strategies against the UN’s increasing emphasis on gender equality and sexual and reproductive rights since the mid-1990s, when the narrative of ‘gender ideology’ was first formulated following the 1994 UN Conference on Population and Development in Cairo and the UN Fourth Conference on Women in Beijing in 1995. The term ‘gender’ was described as an ideological threat or ‘Trojan horse’, which could lead to a normalisation of abortion and homosexuality on an international scale. The founding of the ‘World Congress of Families’ in 1997 should be regarded as another key date and site of right wing Christian resistance. While Christian groups still represent a major force behind the anti-gender or heteroactivist movement, it is in fact composed of multiple transnational actors and coalitions, including far-right secular groups and fringe players such as men’s groups.

In Europe, a return to the nuclear, heterosexual family is usually presented as a last defence against a perceived infiltration of the most intimate settings by governments and supra-national bodies such as the EU. This line of argumentation often cites migration as an additional major cause of disruption and harm, at times combining it with a critique of neoliberalism and capitalism. A telling example of the melange of arguments against the ‘gender agenda’ comes from Gabriele Kuby, one of the doyennes of the Christian movement against LGBTQ rights, gender studies, and feminist thought more generally:

The crisis ensuing from the uncontrolled mass immigration to Europe since autumn 2015, mainly of young muslim men and primarily to Germany, will reveal the gender agenda to be the delusion of a decadent society and put us back on the solid ground of human reality – man and woman, father, mother, and children. It is the family that sustains human life, especially in times of crisis. The victory of evil only sets the stage for the triumph of good. (2015: 280)

Beyond the biblical evocation of the forces of good and evil, it is the focus on the heterosexual family as a last bastion against the destructiveness of modern society that characterises much of the argumentation of this movement. One recurrent argument against an incorporation of (some aspects of) gender theory into sex education used by right-wing groups – Christian ideologues but also more secular parents’ groups – is the possibility of it opening ‘the floodgates’ to the abuse of children by paedophiles, via their ‘premature sexualisation’ – an argument that precedes the recent adoption by anti-gender ideologues. Another common strategy is to question the scientific basis of gender equality politics, and to argue that gender equality harms women and children by forcing them to act against their innate nature. More recently, there is strong opposition to adoption and surrogacy outside of the heterosexual nuclear family, as well as promulgation of the idea that children can be coaxed into questioning their gender identity or sexual orientation through early exposure.

The child as symbol of innocence

Central to all these discourses is the child as symbol of the power of innocence, a blank slate that can only truly flourish within the safe haven of the heterosexual, traditional family and with as little intervention as possible from the state. Moral panics around child safety and especially children and sexuality are of course not a recent phenomenon, but certain factors, including the increasing understanding of human beings in psychological terms as well as how childhood trauma informs a person’s selfhood long-term – in themselves positive developments – have exacerbated parents’ fears. Erica Burman’s work on how childhood is increasingly framed as a time of risk and vulnerability is particularly useful to understand how affect-laden representations of children and the increasing investment (both emotional and financial) in children have come to shape public discourses as well as legislation. Parents and caregivers are confronted with a multitude of at times conflicting messages on what is best for the child, of which initiatives that evoke the spectre of potential harm to children allegedly being suppressed by authorities, such as the anti-vaccination movement, is perhaps another example. In terms of queer politics, Lee Edelman examines how the ‘Child whose innocence solicits our defense’ becomes the linchpin of a ‘reproductive futurism,’ which is put in opposition to the figure of the queer who represents a non-reproductive symbol of the death drive.

Looking at Europe, there is often an unconscious link made between the legacy of socialism and a vulnerability to conservative, authoritarian populism, with Poland and Hungary given as prime examples. Additionally, Russia is often given a symbolic value in anti-gender and heteroactivist rhetoric as a state which actively promotes conservative values. Indeed, the importance of protecting and/or re-introducing traditional family values has effectively become state policy in the country, exemplified by the 2013 passing of the ‘Dima Yakovlev Law’ outlawing foreign adoptions of Russian children, and the ‘anti-gay propaganda law’ which claims to protect minors from exposure to content ‘advertising’ ‘sexual minorities’ to children. Russian intellectuals and religious leaders have also been important for the establishment of transnational anti-gender networks with organizations such as the aforementioned World Congress of Families. However, ‘traditional family values’ as an ultimate good are no longer simply aligned with specific sides of the Iron Curtain, or the degree of religiosity of a country. In Germany, for example, the last parliamentary elections in 2017 saw the AfD reach up to 35.5% of votes in their most successful regional result. Importantly, the party’s 10-point electoral programme contained two points devoted to protecting children from long-term psychological damage by demanding the removal of references to LGBTQ rights from education, and calls for strengthening traditional ‘family values’ by highlighting the primacy of the heterosexual family unit. Similarly, the conservative Christlich Demokratische Union (CDU) appointed Jens Spahn as Germany’s Minister of Health. He advocates ‘family mainstreaming over endless gender mainstreaming.’

Child protection-via-traditional values has also gained prominent advocates in Spain, France and Sweden to name just a few countries. One of the strengths of such arguments and the political actors that propagate them is their ability to align themselves with local concerns and contextual factors. In the UK and Ireland for example, where expressions of openly anti-LGBTQ sentiment are less admissible, ‘[t]he arguments are increasingly framed as claims for freedom of religion or freedom of speech to counter accusations of bigotry. The result is a new tactic that moves away from directly attacking LGBT individuals and cloaking criticism in more nebulous, faceless, and ideological arguments.’

One type of ‘nebulous’ argumentation that is proving increasingly successful is the notion of needing to safeguard children from what are presented as the ravages of modern society, with LGBTQ persons, feminists or gender scholars identified as convenient manifestations of the ills of democracy. Defending the innocence of children in order to cloak conservative, heterosexist and illiberal thought must be revealed for what it is. More needs to be done to debunk such claims and to ensure that these arguments are not treated as having similar legitimacy to those advocating gender and sexual equality.

This blog post is part of a series of posts on transnational anti-gender politics jointly called by the LSE Department of Gender Studies and Engenderings with the aim of discussing how we can make sense of and resist the current attacks on gender studies, ‘gender ideology’ and individuals working within the field. This post is also available on the Euro Crisis in the Press blog. 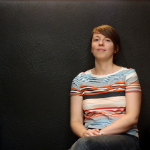 Maria Brock’s research examines the psychosocial dynamics of transitional and post-transitional societies focusing on the former Eastern Bloc, and the former GDR and Russia in particular. Previous and upcoming publications have looked at negative societal mobilisation in response to Pussy Riot, at the vicissitudes of queer (in)visibility, and at memory and nationhood. Her publications are listed here: https://www.researchgate.net/profile/Maria_Brock. She is also co-editor of EuroCrisis in the Press.

Bad Behavior has blocked 743 access attempts in the last 7 days.