There is a consensus that war and conflict bring pain and despair, and simultaneously solicit destructive social change. In Yemen’s conflict, where men are giving up their traditional role as the breadwinner to fight on different frontlines in the current conflict, women are taking over this responsibility alongside their traditional role as caregivers. The dual responsibility of women has ramifications on women’s well-being and increases their vulnerability in a country inherently governed by traditions and tribal rules. Indeed, gender inequality has been one of the main factors that hinder sustainable development in Yemen even before the conflict escalation in 2015. In recent years, there has been an influx of funds to the Yemeni government which was meant to advance gender-responsive development interventions and women’s empowerment. Furthermore, Yemen has also hosted hundreds of international staff and experts from INGOs tasked with supporting the government in decreasing the Gender Index gap. In spite of all these efforts, the impact on gender equality and women’s active involvement in decision making has been minimal. In fact, Yemen remained behind on its gender development goals during peace times, and the situation during conflict became even worse.

In 2011, before the start of the Yemen conflict, Yemen ranked last out of 135 countries in the Global Gender Index, and after the escalation of the war in Yemen starting in 2015, Yemen still ranked last out of 149 countries in the 2018 Gender Index Report.  Indeed, the decades of development projects in Yemen not only failed to bring enough women into decision-making positions at different levels but also failed to achieve greater gender equality. In fact, women have been largely repressed, a situation that has only gotten worse with the onset of war in Yemen. However, in spite of this, donors and civil society organizations including INGOs are still pursuing women empowerment and equal access to all forms of humanitarian assistance ranging from emergency assistance to longer-term recovery intervention.  Within these frameworks, achieving gender equality is essential for creating a society capable of adapting to the harrowing conditions of war. 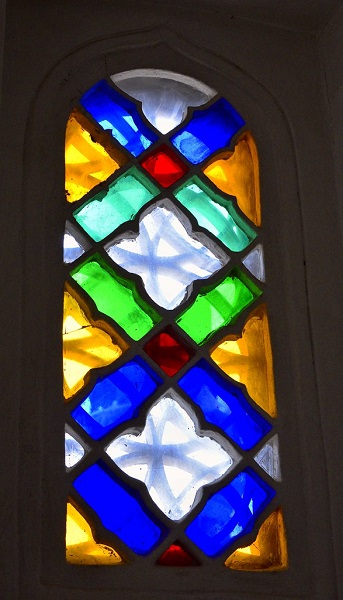 I personally believe that the dominance of patriarchal values has a significant impact on the agenda for women’s empowerment. However, there are positive examples of women-led initiatives taking place across Yemen. In 2018, I was working with the Food and Agriculture Organization (FAO) and witnessed both the effects of patriarchal values in practice, as well as the potential for female-led development in Yemen. For example, in one of the remote tribal villages in the north of Yemen, there was a dam called Al-Malakah in Bani Hareth district. For almost eight years, there was conflict in these villages over the use of water from the Al-Malakah dam. After much bloodshed and conflict, the tribal sheiks in these villages released a tribal decree prohibiting all village residents from using the dam’s water. Women bear the heaviest brunt of this decision because fetching water is part of their role in the rural community in the northern part of Yemen. As a result, women have had to pass the filled dam and fetch the water from distant places which have become an added burden to their role as caregivers. With the recent conflict escalation in 2015 and the Saudi Arabian military coalition intervention, many men have joined the fighting on the frontlines, including many male residents from the villages in Bani Hareth. As a result, these villages were almost exclusively inhabited by women who have had to take over the breadwinner’s responsibility in addition to their roles as caregivers and continue to fetch water from a distance. This new change had urged women to reexamine the issue of the dam and present the problem to the working organizations and local authorities in the district. A group of female villagers approached the Water Users Association that was established by the FAO and requested ideas to facilitate the use of the water dam without breaching the tribal decree. The technical team in the association suggested extending pipes from the dam to new shallow wells. In this way, the surrounding villages would benefit from the water without breaching the tribal decree. The female group decided to adopt the initiative with the support of the Water Users Association, and the FAO funded this project. In addition, some of these women became members of the association. When men returned to their villages from the frontlines, they supported the women’s quest and the new idea.

This episode is certainly a success story in which women were able to resolve an 8-year-old conflict that had a significant negative impact on women’s well-being. Furthermore, this is not the first or only case in which  Yemeni women have taken on a leading role in resolving local conflict. However, despite women’s increased involvement in development initiatives, the efforts are seldom recognized. Furthermore, on many occasions, the conservative social context in Yemen continues to act as a barrier to women’s active engagement in local conflict resolution. In the case of the Bani Hareth village, there were vital factors that contributed to women’s ability to charter a solution to the water crisis. Primarily, the departure of most of the men from the villages to the frontlines created an opportunity for the women of the village to speak up and resolve this water-related conflict. This enabled women to actualize their inner power and their capability to peacefully resolve what men could not. This case presents a great example of genuine women’s empowerment because the development initiative originated from the villages without outside imposition.

Indeed, empowerment is the self-realization of the individual capacities to lead change in the community. However, without the support of the community and the approval of the gatekeepers, it is difficult for women to actively engage and participate. Without challenging the patriarchal norms, there may be a temporary improvement in living conditions, but no genuine and lasting empowerment can take place. For this reason, any intervention that aims to empower women must understand the context and prevalent cultural norms to determine the best entry points to encourage the community to value women’s engagement in the community. 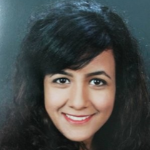 Ghaidaa Motahar is a doctoral candidate at Malaya University in Kuala Lumpur, Malaysia. Most recently, Motahar held the position of social cohesion specialist for UNDP, and prior to that worked with Oxfam as Gender Programme Manager and Gender Justice Project Manager. She also worked with International Committee of Red Cross (ICRC) in Yemen. On Twitter: @GhaidaaMotahar

Bad Behavior has blocked 292 access attempts in the last 7 days.