In labour and in love: Privacy through a gendered lens

In labour and in love: Privacy through a gendered lens

by Aastha Malhotra and Arshia Roy

Recently, there has been an increased emphasis on an individual’s right to privacy, with more and more nations jumping into adopting privacy legislations and safeguards for their citizens. This comes in the context of a severe threat to our informational and decision-making privacy.

Rarely ever, however, are any aspects of privacy viewed from a gendered lens, even when the impacts of this common problem are often disproportionate on women. The gendered impacts of privacy can include severe infringements on the right to bodily autonomy (in terms of forced declarations of one’s sex, gender, or even sexual orientation in documents required by the government or at work), or protection from abusive partners, which remain unlegislated in most parts of the world. Through the course of this post, we will attempt to understand the linkages between intimate-partner violence meted out using advanced forms of technology, often with impunity, and the lack of legal safeguards to protect the various ways in which the privacy of individuals is infringed, especially women in abusive domestic partnerships. Here, it becomes important to note that the nature of the violator of privacy has also evolved. It is no longer only the State collecting information for the purposes or surveillance or other formal institutions misusing information for profit, but also finds manifestation in the loved one. The lives of women, unfortunately, are now threatened by both the lack of privacy and its presence in undesirable situations, all at the hands of an intimate aggressor.

For many decades, the idea of privacy that has come to the mainstream has often been detrimental to women’s interests. Anita Allen, in How Privacy Got its Gender, discusses how the law on issues of privacy is heavily influenced by male hegemony, and written from male perspectives. Feminist theorists like Catherine MacKinnon have also criticised the strict separation of private and public spheres of women’s lives, for it often has a detrimental impact on their well being. This exists in the form of lack of state intervention in issues that have been previously considered too intimate to share. Examples include domestic abuse, or even marital rape in countries like India, where non-consensual intercourse with one’s wife does not constitute a criminal offence. In the modern day, this separation manifests itself in the form of safeguards extended to protect the identities of anonymous users online who often misuse their anonymity to attack gender-diverse individuals on the internet. The complexities in creating a balance between protection of online identities and preventing online bullying, unfortunately, results in a lack of legislation in States like the United Kingdom, or the outlawing of provisions that created safeguards against said bullying in States like India.  The separation of the public and the private, thus, left these privacy violations in relationships- romantic, or otherwise- often unexplored, and insufficiently managed. It also gave privacy rights to attackers in order to grant them impunity from legal prosecution. How privacy is perceived and contextualised, especially for women, is thus crucial to any legislative framework or policy. A gendered approach is must. 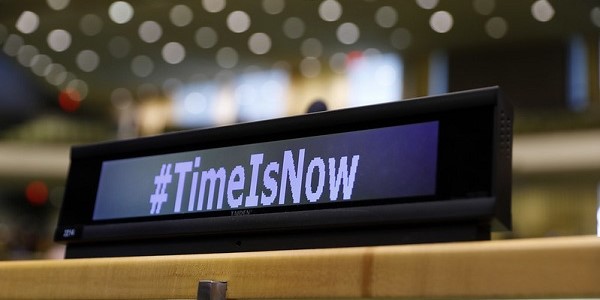 In the 21st century, especially with the advent of sophisticated methods of technology, we are faced with unique issues that seek to threaten women’s right to privacy. Many homes across the globe now have smart technology enabled to control things like the temperature of their house, the alarm systems, televisions, and even locks or windows. A consequence of this is that that hacking into, or simply manipulating these smart homes and controlling how women live has become a tactic adopted by domestic abusers. These abusers enjoy the sense of control that comes with being able to both monitor and regulate the lifestyle of their victim, and especially when the regulation can happen at such intimate levels. While it is unclear if this tactic of abuse is one that is preferred to traditional forms of non-tech enabled forms of abuse, the ease with which it can be carried out and the level of disruption it has the potential to cause, both have contributed to its increased usage. Many victims of this form of domestic abuse often find themselves confused, anxious, and feeling unsafe in the confines of their own homes. The level of intrusion that comes as a result of this is pervasive and all encompassing. Gaslighting becomes common as it may be significantly easier for the abuser to make their victim believe that the technology is experiencing glitches, or that its misuse is a figment of their imagination. For their loved ones to also understand that the technology inside their own home is being modified to conspire against them may be a difficult conversation.

What is odd, however, is the inability of the law to deal with situations like these. The harassers in these situations, are more often than not, former or current partners of the victim. If the harasser is still living in a shared home, there is little scope for any remedial action to take place since the harasser adopts the rather convenient defence of having lawful authority to control their own home. Further, since the impact of this form of abuse is more mental than physical, immediate intervention by law enforcement authorities becomes nearly impossible. The use and subsequent abuse of this technology, also, generally falls outside the purview of restraining orders, or no-contact orders, as the mechanism exists today.

In an attempt to tackle this, the police and other law enforcement agencies must be sensitised to the unique ways in which technology can be used as a tool of domestic abuse. This sensitisation must be extended to social workers working in rehabilitative capacities as well. Personnel must also be educated and trained in hacker identification. Furthermore, awareness on the subject will go a long way in ensuring that women currently facing this form of abuse do not spin into downward spirals, and can instead put a finger on the circumstances that surround them. These safeguards require attention not only in penal statutes or frameworks controlling domestic abuse, but must also extend to regulations on the protection of privacy. Recognition of tech-enabled abuse as a violation of one’s privacy may yield higher degrees of punishment or even compensation in jurisdictions where the right to privacy is recognised as a fundamental right, whereas punishment of domestic abuse is only a criminal provision. Further, tech companies and manufacturers should be encouraged to develop more socially aware products. Suggestions include prevention of manipulation for multi-user devices unless authorised by all users, compulsory two-factor authentication, and the maintenance of a log of all actions carried out on the device to be stored on the device itself.

Newer age technology also allows domestic abuse to happen via cyberstalking using location monitoring apps. Often, the victim does not enjoy enough power in a relationship to reject the proposition of having their location monitored by the abuser at all. Abusers may also constantly monitor the victim’s phone, leaving them in a state of uncertainty and fear at all points in time. This results in constant surveillance, followed by constantly trying to discipline oneself to ensure that their behaviour aligns with what the abuser seeks. The threat of negative consequences, or punishment drives behavioural patterns to a very large extent. Often, women and young girls will submit to their locations being monitored either as a result of emotional coercion or just the fear of physical punishment. Location monitoring applications like Family Locator and mSpy that function within the law make the job of those seeking to keep tabs on their partners or family members significantly easier, especially with their increased access and wide reaching appeal.

The fact that women have been disproportionately impacted by issues like poverty, or even climate change is indisputable. This disproportionate impact has also percolated to ineffective exercise of women’s right to privacy. An approach based on gender mainstreaming while developing policy on privacy rights may be the right way forward, as it will help in identification of some unique concerns that often have the potential of disproportionately impacting people across the gender-spectrum. Subsequently, tools adopted to address these concerns must also be specifically catered to tend to gendered needs. This may involve the inclusion of women at the stage of policymaking in effective decision-making roles, having gender-specific provisions in privacy frameworks, allocating larger shares of funding to tackle the aforementioned unique concerns, among other methods. Sensitisation at all levels- from the receipt of the complaint to the care provided to the complainant after all proceedings are over- is also crucial. States, law enforcement authorities, and civil society organisations must take note that without gendered policies dictating privacy protection and regulation, women and gender diverse individuals across the globe will continue to suffer, and gender-blind legislations will only create a façade of protection. 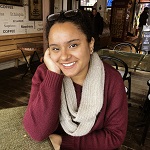 Aastha Malhotra is an undergraduate student reading Law at the West Bengal National University of Juridical Sciences, Kolkata on the Aditya Birla Scholarship. She is a Senior Associate Member of the NUJS Law Review. As part of her association with the Law Review, she is currently in the process of co-authoring research on the biomedical ethics of assistive reproductive technologies. Her academic interests lie in the intersections of the law with gender, policy, issues of intellectual property, and corporate regulations. In pursuance of her interests, she has previously interned with Hon’ble Justice AK Sikri, former Judge of the Supreme Court of India, the Alternative Law Forum in Bangalore, AZB & Partners in Delhi, and Advocates in the High Courts of Bombay, Delhi, and Punjab and Haryana. 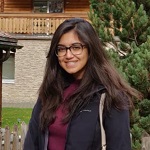 Arshia Roy is a second year student at the West Bengal National University of Juridical Sciences, pursuing an undergraduate degree in law. Her desire to actively engage in the workings of law finds weight in her internships under Delhi High Court Senior Advocate JP Sengh, the Delhi High Court Mediation Centre and Criminal Law Advocate Aditya Wadhwa. Presently, she is also a member of the NUJS Law Review, seeking to engage in contemporary policy considerations surrounding women’s rights.