On 27th May 2014, two Dalit girls, aged 14 and 15, out for open defecation were allegedly kidnapped, gang raped, killed and hung from a mango tree in the Badaun district of Uttar Pradesh. The same month the BBC reported on why India’s sanitation crisis kills women with evidence suggesting that the absence of toilets at home led to the abuse of women who practiced open defecation. In a similar vein, leading advocates of the sanitation campaign in India, too, argued how a simple access to toilets could prevent rapes, ensure the safety of women and lead to their ‘empowerment’.

In the process of highlighting toilets as the ultimate solution to the safety needs of women, such debates, however, depoliticised violence. In other words, they failed to analyse the privileged position of the men who often resort to violence against women; the social and economic position of the women affected by it and the continual politics of asserting masculine power through a feminine body. This was amply evident in the manner in which the bodies of the two underprivileged teenaged girls from Badaun were violated and discarded for the entire village to see. Instead, some police officials argued that women could ‘escape’ rapes if they had access to toilets at home so that they didn’t have to go out in the dark to defecate at odd hours.

In this article, I dwell on how the subject — woman — is produced by sanitation discourse in India. In particular, I examine the language used in the government’s welfare campaign on sanitation, Swachh Bharat Abhiyan, to create awareness about toilets and menstruation hygiene for women. I argue that by imagining some women to be ill-informed and in perpetual crisis the swachhta (cleanliness) campaign identifies abuse of women outside the domestic space and also interprets feminine bodies as unhygienic thereby perpetuating gender and racial prejudices.

Are sanitation and rape linked?

There is no denying that there is a need for sanitation facilities for women, yet the regular invocation of the term ‘izzat’ (honour) conjures superior men as messiahs for protecting the feminine body from dishonour. For instance, upholding the vision of the swachhta campaign, the prime minister of India in 2017 reiterated that the ‘best gift to a woman would be toilets’ to protect her honour. In 2019, he went so far as to call himself the ‘chowkidar (custodian) of toilets’ who takes pride in safeguarding the ‘izzat of crores of women who have to run out before sunrise and wait till sunset for their ablutions.’

Furthermore, this logic roots the safety of women in private toilets, away from the dark. A compelling study by the U.S. based Michigan University researcher, Apoorva Jadhav, for example, showed that open defecation puts women to higher risk of non-partner sexual violence (NPSV). The research that claimed to provide rationale to Indian government’s campaign on sanitation argued that toilet facilities through infrastructural improvement can lead to fewer cases of NPSV thereby projecting violence as a repercussion of ‘women having to leave their homes for open defecation’.

The point to note here is how the subject — woman is constructed, and the male subject’s presence qualified under the swachhta campaign. There is no linear correlation between violence against women and access to private toilets, and there is little data to prove that violence reduces if women use toilets. Most crimes against women are committed in the home or at work, a known space. The massive increase in domestic abuse complaints since the nationwide lockdown due to Covid-19 pandemic is a striking example. But those endorsing sanitation presume that women’s safety is in private toilets, away from the dark. This reproduces stereotypes related to the restriction on women’s movement and conveniently ignores questions related to who is ‘naturally’ entitled to access public spaces at odd hours.

Scholars Assa Doron and Ira Raja argue that in doing so the swachhta campaign has ignored the limited agency traditionally exercised by rural women through performing collective tasks, such as fetching water from the common well for household purposes and even defecating in the open fields. They highlight that these practices of visiting communal spaces in the villages have inadvertently allowed rural women to liberally socialise with each other outside the domestic space. This in no way implies that women do not need toilets. However, by making simplistic links between sanitation for women and the ‘rape crisis’, the swachhta campaign has reinforced the public-private distinctions that promote gender inequality. It is also crucial to note that the campaign has failed to be critical of the cultural and political context within which rural women have to go out to defecate. Instead, the ‘rural’ has become the recurring backdrop against which feminine bodies are produced as subjects of the sanitation campaign. 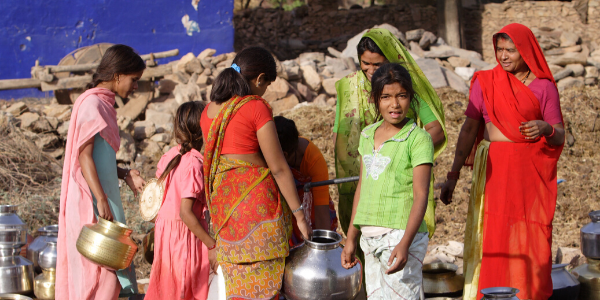 The image of a menstruating woman

The other idea that deserves careful scrutiny in the government’s sanitation campaign is its continual usage of the image of a menstruating woman to promote ideas of cleanliness and hygiene as markers of her dignity and self-esteem. The menstrual hygiene awareness programme of Swachh Bharat Mission, Raipur — under department of panchayat and rural development — is an interesting case in point. Their webpage has a picture of a young girl in school uniform standing behind closed bars — demonstrating school absenteeism among adolescent girls as a major concern during menstruation. The campaign rightly recognises taboos and socio-cultural restrictions as responsible for preventing adolescent girls from talking about their menstrual needs. However, like most of the advertisement campaigns on menstruation it goes on to establish the need for period hygiene with the consumption of sanitary products and greater awareness on hygiene among adolescent girls.

Several things are problematic here notwithstanding the description of menstruation ‘hygiene’ as a matter of a woman’s self-esteem and dignity: it automatically assumes her ‘unhygienic’ status while she is having her periods as undignified. In doing so, it diverts attention away from the social practices that make women susceptible to undignified treatment due to the supposed lack of hygiene during menstruation. Said differently, keeping an adolescent girl from attending school and  baring a woman from entering certain sections of her home, such as kitchen, and temple during her periods are not issues relating to her personal hygiene but caste norms based on ideas of purity and pollution. Therefore, by extension, they cannot be treated as individualistic problems of a woman’s low self-esteem and dignity without considering the societal discomforts with the image of a menstruating woman that lead to discrimination. It is then crucial to understand what counts as menstrual hygiene across cultures and why.

Further, the narrative of hygiene awareness requiring the use of cleaner sanitary products locates cleanliness in the market. It relies on ‘better’ consumption practices seldom recognising that local non-market practices may not necessarily be unhygienic. For instance, the use of ‘sand, ash and unhygienic cloths’ is often cited to establish the absolute necessity for consuming sanitary products. It is crucial to note that such references are loaded with racial and political connotations in the sense that they create images of ‘backwardness’ while evading responsibility for any outward bias against cultures. In such a  discourse on menstruation awareness the marginalised women who use ‘unsanitary’ products are imagined as culturally less knowledgeable about periods against their privileged — urbanised in their consumption pattern — counterparts. A marginalised woman then serves as the perfect site of ‘primitiveness’ making a compelling case for the sanitation campaign.

This isn’t to suggest that menstruation and sanitation are not cognate elements but to emphasise that any discussion about it should avoid slipping into known historical trope of a culturally naïve woman unaware of her menstrual health and in need of saving (see Khoja-Moolji). At the same time being romantic of women’s agentive sensibility — as evident in the social media # yes I bleed campaign endorsed by Union ministers — is on the edge of patronising womanhood because a particular type of social bias gets highlighted more so than the others. For instance, the use of sanitary products that encourage more consumption gets hyper-visibility whereas we are yet to discover what the government has to say about spiritual leaders and politically influential godmen — who enjoy massive support — endorsing restriction on women during periods.

In this article I examine what counts as a concern about women’s sanitation and what gets ignored in the process. By highlighting the central role of Indian government’s swachhta campaign in constructing women through the use of private toilets and sanitary products, I show how the racialised feminine body based on misplaced notions of honour and dignity is promoted. I argue that these stereotypes when reinforced through the logic for sanitation not only depoliticize gender-based violence but also normalise its unquestioned presence through state-led welfare interventions. Finally, I propose that any campaign on sanitation for women by the Indian government should be mindful about not reproducing these gender biases while claiming to reject it. 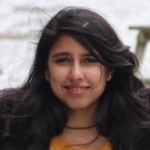 Saumya Pandey, a journalist with The Telegraph, Calcutta, is a graduate in social anthropology from the University of Oxford.