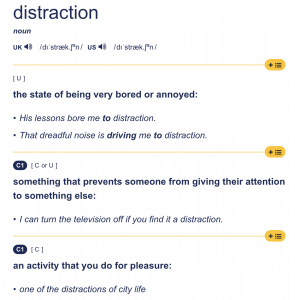 When I hear the word ‘cunt’ (or in German, the word ‘Fotze’ for that matter) as a slur it hits me. It is one of the forms of verbal abuse that gets to me. In the UK, ‘cunt’ is widely used as a misogynist term for women and other non-guys, but also it seems to be used for male politicians (Jeremy Hunt for example) and as an expression of political disagreement. Whatever the use, it hurts me when I hear people using ‘cunt’ as a slur against others, it hurts me when it is used against me, it makes me shiver, it makes me feel attacked.

And then, ‘cunt’ is a very dear word to me. I use it for a possible body part a lover of any gender can have. Having a cunt or not having a cunt does not say anything about a person’s gender.

I have seen on social media that transphobic feminists are being called bitches and cunts. I disagree with using slurs with a misogynist history. For example, I detest Margret Thatcher’s politics, I think she is responsible for a lot of evil, she is a despicable political enemy, but I didn’t appreciate ‘The bitch is dead’ banners.

This brings me to JK Rowling’s essay in which she defends her transphobic tweets. “I was transphobic, I was a cunt, a bitch, a TERF”, she complains. It was “trans activists” who called her that, she states.

I don’t appreciate any of the verbal abuse. But just to be clear, I don’t consider ‘TERF’ to be a slur – it is simply a term that describes a political position: that of a feminist who believes that ‘biological sex’ determines who a person is. We could also rephrase that position as ‘Women are women because they have cunts. (If you don’t have a cunt, you are not a woman)’. And this is how Rowlings’s latest Twitter escapade started. She intervened in an article that uses the inclusive phrase “people who menstruate”: “I’m sure there used to be a word for those people. Someone help me out. Wumben? Wimpund? Woomud?”

But after having been distracted by cunts now for quite a bit what I actually want to get to is that terfism is white distraction. Jones makes clear that he is “disgusted” that Rowling “has chosen now in the height of the Black lives matter movement to be transphobic”. Molly Fleming similarly remarks that “[in]n the middle of the global resurgence of the Black Lives Matter (BLM) movement” JK Rowling was “stoking the fires of hate for trans people under the guise of protecting women, lesbians in particular”. And Amrou Al-Khadhi observes: During “the most significant anti-racism demonstrations in generations” and “against the backdrop of a global pandemic that has disproportionately killed BAME people […] JK Rowling instead devoted her enormous Twitter platform to discussing the use of gender-neutral terms.”

Already before Rowling started her latest attack, Jacob Breslow wrote a piece on transphobic legislation being passed during the pandemic while people are concerned with surviving. Reflecting on the timing to raise these issues, Breslow opens with the thought that in a moment, “when there are so many lives to grieve, and when hundreds of millions of people globally are desperate for vital medical and financial support” that people might feel that “it is not an appropriate time to ‘politicize’ allegedly ‘non-essential’ issues like transgender rights”. However, as he explains, this is exactly the reason why governments in the UK, the US, and Hungary chose this moment to severely diminish trans rights. In the US, the Trump administration tried to erase in a time of a global health crisis that specifically kills people affected by anti-Black racism vital transgender civil rights protections in health care and with this does not only attack trans people in general but trans people in the Black community in particular. In the UK, after years of transphobic shitstorms during the process of a public consultation on the changes to the Gender Recognition Act (GRA), the government just now announced to ignore the pro-trans results of the consultation and scrapped the plan to allow trans people to self-identify [click].

Unlikely that Rowling’s timing was a coincidence. In her essay, Rowling goes on to explain herself, making things worse, clarifying that she’d done a lot of research on trans issues, that she’d talked to a lesbian cancer patient who happened to be a believer in biological sex, that she herself had experienced sexual and domestic abuse etc. She expresses concern about ‘lesbian’ disappearing as an identity and about ‘gay’ children who apparently need her protection from making the mistake to think they are trans. All these strands knit together are to underwrite one claim: women need protection, lesbians need protection, children need protection from trans people and ‘trans influence’. Rowling’s claim to women’s disempowerment and vulnerability can be seen as an attempt to gain more power (at the expense of trans people), as complex politics of negotiating vulnerability to secure a privileged discursive standpoint.

Fleming brings Rowling’s sudden interest in lesbians to the point: “It’s a curious stance given there isn’t a single lesbian character in the 4,224 pages of the Harry Potter series.” In a moving open letter, the advocacy group for trans children Mermaids made clear that they were in solidarity with Rowling as a survivor of sexual violence: “Reading your moving and honest account, we felt a connection to your pain.” The important message they give to Rowling is: “If you haven’t listened to trans children, don’t speak about them.”

Distraction. – the state of being very bored or annoyed

How bored and annoyed must JK Rowling be that she thinks the perfect moment in which she can reheat her transphobic comments is the height of Black Lives Matter?

Distraction. – something that prevents someone from giving their attention to something else

Do Rowling and other TERFs really believe that trans people and trans women in particular are a danger, a menace, a threat to others? Or is it more likely that they choose that kind of politics to prevent themselves and their followers to give their attention to something else?

Distraction. – an activity that you do for pleasure

In the end, while people put their lives on the line in the streets, protesting institutional and state racism, especially anti-Black racism, Rowling, a white super-rich woman, a self-proclaimed feminist, a wannabe lesbian-protector and women’s defender, chose exactly this moment for her tweets because terfism is an activity people do for pleasure. A luxury because there is no need for other politics for them.

Rowling says she has ‘researched’. If she was any good at researching, she would have easily found out who is vulnerable at this specific moment in time and who has been vulnerable for centuries. Terfism as something that prevents someone from giving their attention to something else.

Meanwhile, white supremacists and fascists are marching in the streets of London, giving Nazi salutes in order to ‘protect’ statues of slavers and of Winston Churchill from the BLM protest. The connection between the Nazi salute and Churchill, the big Nazi defeater, appears only paradox to the ones who don’t understand how white supremacy, racism, imperialism, and nationalism in this country work.

Rahul Rao explains how at Oxford University activists demanded to remove the statue of Cecil Rhodes from the façade of Oriel College as part of a movement to decolonise the curriculum. At British universities, a mostly student-led movement has started to emerge that fights for decolonizing higher education. This intervention gets transnational inspiration from Rhodes/Fees must fall student activism in South Africa [click, click] and calls for challenging racist, colonialist, nationalist, and neoliberal paradigms in knowledge production by addressing both issues of epistemology and access to higher education. In 2018, the SOAS student group Radical Residency, squatted an empty building of the British Museum, only a few blocks away from SOAS, and converted it temporally into a social centre. They also made the connection with the decolonising the curriculum movement and explain that while the British Museum represents stolen goods as neutral objects and detach their stories from the violence of colonial conquest, the failure to decolonize universities privileges knowledge productions that normalize these violent pasts and presents (see also this more recently in relation to BLM).

Al-Khadi traces Britain’s colonial past through to the transphobic feminism of today. Riley Snorton (2017) shows that medical knowledge on biological sex is based on chattel slavery and “sex and gender are effects of racial science” (p. 41). The history of gynecology is a history of Black suffering. It becomes clear, the resignification of ‘cunt’ is not straightforward. Therefore my resistance to pussy activism.

What is striking is that the decolonising the curriculum movement, BLM activism around statues, emancipatory academic fields like gender studies and the mere existence of trans people get distorted as violence and looting, as hiding the ‘truth’ about history or the biological body, as harming the family and the nation. It is through this backlash that it becomes evident, of course, there is no thinking about the question of what gender, or indeed, a woman, is without investigating the role of racism, colonialism, and nationalism for the emergence of gender.

The nexus family/nation is indeed a key moment that links these attacks – the mere panic that getting rid of white and binary gendered narratives will undo the foundations of the Western nation state. In the best case, as I want to stress, emancipatory fields of knowledge like gender and decolonial studies do exactly that: they are not projects of nationalist respectability. What if the worst conservative/right-wing nightmare is true, and trans, queer and feminist theories are out to eliminate the heterosexist proprietary family; undo, question and change the categories of men and women; celebrate gendered and sexual pleasure and tear down racist nationalisms? Applying these claims to my own knowledge production and teaching, it becomes clear that we need to decolonise trans/gender studies if we want to begin to learn to understand what their subject even is. Moreover, with their insights that question the foundations of nationalist and colonialist narratives, anti-racist gender studies and queer- and transfeminist approaches can give the decolonising movement an important theoretical foundation.

Terfism, however, is white distraction. The feminism of these people is a feminism in which Harry gets to be the hero. The world is full of mediocre average white dudes who think that they are the chosen ones and they are supported by an armada of hobby gender and trans experts who spend their leisure time identifying trans people as the problem. Terfism is a distraction – an activity you do for pleasure. 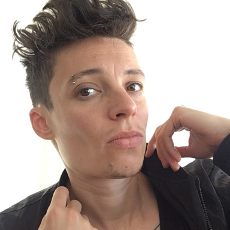 Alyosxa Tudor is Senior Lecturer (Associate Prof) at the Centre for Gender Studies at SOAS, University of London. Their work connects trans and queer feminist approaches with transnational feminism and migration and diaspora studies. Alyosxa has an article on Decolonizing Trans/Gender Studies: Teaching Gender, Race and Sexuality in Times of the Rise of the Global Right forthcoming with Transgender Studies Quarterly in which they argue that a decolonial perspective on ‘gender’ means conceptualising it as always already trans. In order to discuss what decolonizing trans/gender studies in Europe could mean, Alyosxa aims to bring different strands together that have been held apart so far: resistance against global attacks on gender studies, resistance against transphobic feminism, and the ‘decolonising the curriculum’ movement in the UK.

Bad Behavior has blocked 562 access attempts in the last 7 days.