When COVID-19 Becomes a Political Ally: Poland’s Law on Abortion

When COVID-19 Becomes a Political Ally: Poland’s Law on Abortion

On April 15, the Polish Parliament enacted the “Stop Abortion” bill. However, the Sejm decided to redirect the bill for further review in parliamentary committees. Although the bill was not a primary project of the Polish Government, the governing Law and Justice Party (Prawo i Sprawiedliwość) was criticized for taking advantage of COVID-19 restrictive measures by trying to pass the law during the pandemic. The situation of Polish women regarding access to abortion was already arduous and critical before the outbreak of the pandemic due to current abortion legislation. Therefore, NGOs and women’s rights activists came together through social networks to report that women’s rights have suffered a blow during the confinement period. They specifically denounce the Polish government for making use of these confinement measures by trying to pass a controversial law, again decreasing women’s access to abortion.

Since the outbreak of COVID-19, in addition to the danger to public health, there is another threat caused by the pandemic due to the way in which extraordinary powers are an origin of temptation for politicians. Even though current debates are focused on the ability of crisis management regarding public health, how far leaders can go to preserve their power despite democracy and human rights is another crucial point we should focus on in this moment of crisis. Due to the pandemic, all countries are being required to take excessive measures to prevent the spread of the virus. Precautions against the pandemic are unprecedented such as country-wide lockdowns and curfews, reinforced with extended powers of the executive. However, these extraordinary measures were utilized by some governments to maintain their special way of hollowing out democracy, such as Poland and Hungary.

The influence of COVID-19 is not identical on everyone’s lives, therefore, there are groups that are at a disadvantage and their rights must be talked about in order to raise awareness of their vulnerable positions. This is particularly true when attempts are made to actively roll these rights back. It is both significant and strategic to pay attention to how the impact of the pandemic is gendered as women have been affected negatively by COVID-19. They are more likely to experience intimate partner violence and the pandemic locks them in their houses with abusive partners. They might face an increase in their workloads, as caring responsibilities fall disproportionately on their shoulders. Their access to abortion and emergency contraception might be also restricted during the pandemic.

Abortion law in Poland is already one of the strictest in the European Union. It was not always so. Abortion was legalized in 1956. It soon became widely available through the national health service. After the fall of socialism, however, Poland passed a new abortion law in 1993 which made abortion illegal with some exceptions. Currently, the procedure is only allowed when the mother’s health is at risk, there is a fetal abnormality, or when pregnancy results from rape or incest. Still, it is stated that even if a woman is in one of these exceptional circumstances, finding a doctor willing to assist women in abortion is extremely hard. Although technically women can order pills for medical abortions from other countries – and abortion drugs are part of the WTO’s essential medicines list – Polish women stated that the packages are sometimes held up by customs. Hence, even before the pandemic, the situation was difficult for women. In 2016 and 2018, there were efforts to propose further restrictions to the abortion law in Poland. However, to prevent this, people came together to protest the bill, with international attention and support. Nevertheless, Poland is now facing the possibility of more restrictive laws during the pandemic when the movement of people is restricted by the government.

On April 16, 2020, parliament sent the Stop Abortion bill to a committee for further discussion. Since the bill was not rejected and further consideration has been delayed indefinitely, the anti-abortion bill could potentially be reintroduced in the future. It should however be noted that the actual debate in parliament regarding this abortion bill is the result of a citizens’ initiative. According to the Polish constitution, parliament is obligated to review a citizens’ initiative when it is signed by more than 100,000 Polish citizens. Kaja Godek as a prominent anti-abortion activist submitted a proposal to ban ‘eugenic abortions’ to parliament with the backing of 830,000 signatures in November 2017. However, the protests caused a delay of the bill until the end of the parliamentary term in 2019. That is why the timing of the anti-abortion bill intersected with the pandemic.

Even though it is unclear if the ruling party supports the bill, President Andrzej Duda had declared his support by saying that

“I am a strong opponent of eugenic abortion and I believe that killing children with disabilities is frankly murder. If the plan finds itself on my desk, I will in all certainty sign it.”

The PiS has courted a conservative and Catholic voter base with right-wing discourses against access to abortion. That is why even if the bill is the result of the popular initiative, the government has been blamed for utilizing the pandemic. Despite the legal obligation to debate citizens’ initiatives, the timing of the bill is convenient for the strategy of the Polish government. As a result of social distancing rules, mass protests could not take place. Consequently, the opposition and women’s rights activists criticized the timing of the bill as an opportunistic move to bypass democratic scrutiny. It appeared that the Polish government tried to reassure its conservative voters and ensure support from the Catholic Church before the Presidential election on May 10 2020, which has since been postponed to June 28.

Furthermore, the timing of the bill posed a serious challenge to human rights campaigners and women’s rights activists that want to make a mass gathering to protest. In the past, Poland experienced protests called Black Monday against the anti-abortion bill. Black Monday are pro-choice marches that took place in 2016 and 2018, with international support and attention. Since public gatherings were banned, Black Monday demonstrations could not be repeated. That is why, this time, the protesters used alternative ways to raise their voices such as blocking the roads by their vehicles and shouting slogans against the citizen’s bill. There were also cyclists wearing face masks, with posters saying, “Hell for women”, “I have a right to choose”, “Abortion is OK”, “My body is my business” attached to their bicycles. Protesters also received support from people staying at home by posting posters in their windows and on balconies. Besides, online platforms were used to share pictures of women in black and carrying pills for abortion by using hashtags #ProtestAtHome, #blackprotests”, #womenshell, #CzarnyProstest (#BlackProtest), #StrajkKobiet (#WomenStrike), and  #PiekłoKobiet (#HellForWomen). 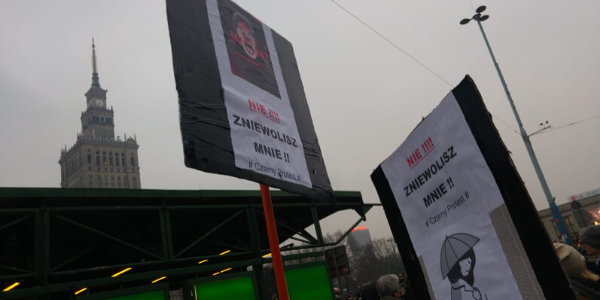 So how can and should we interpret all these developments in regards to Polish democracy? Despite the timing, anti-abortion discussions are not unconstitutional due to the format of the citizens’ initiative and the collected signatures. Yet, the situation is better understood through what Varol calls “stealth authoritarianism” where the fundamental aim is undemocratic while the process follows the democratic system. There is neither violent pressure on the opposition, such as police using excessive force against citizens or jailing protesters, nor the application of repressive practices according to law. Still, the authoritarian tendency in Poland opportunistically pushes rights-limiting initiatives at the a time of crisis and it can be considered as “stealth authoritarianism”. In this way, the pandemic has become one of the significant and strategic tools of authoritarian growth. The Polish government has been extending its power over the opposition and the authoritarian tendency is gradually increasing in the country. Since the Stop Abortion bill did not pass, it does not exemplify the stealth authoritarianism completely. However, Poland experiences democratic backsliding in other aspects that confirm Varol’s term. For instance, the law on the judiciary, in force since February 2020, erodes the independence of Polish judges while it is also discordant with the priority of the laws of the EU. The attempts of the ruling party to take direct control over the judiciary can be depicted as stealth authoritarianism in Poland.

Overall, although coping with the pandemic requires lockdown globally, human rights, especially women’s rights, and their autonomy should not and cannot be locked down by governments. Women’s rights and their bodily integrity are under a major threat during the current pandemic. We should understand the severity and significance of the situation and pay attention to how the situation in Poland develops under and beyond the current crisis. 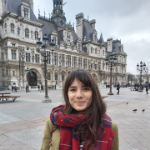 Bad Behavior has blocked 416 access attempts in the last 7 days.