Policing the borders of sex/gender in Kuwait: on transmisogyny and state-mediated violence

Policing the borders of sex/gender in Kuwait: on transmisogyny and state-mediated violence 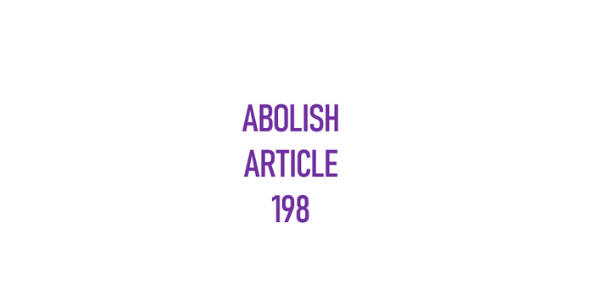 Designed by Nour Almazidi for this blogpost

“Have you heard about Maha?”

On June 5, 2020, I woke up to a flood of messages asking if I have seen the series of Snapchat videos that Maha Al-Mutairi, a Kuwaiti transgender woman publicly posted while she drove to a detention centre to be arrested and jailed under Article 198 for ‘imitating women’. All of Maha’s videos detailed how she had been repeatedly arrested and jailed in men’s prison cells where she was raped, tortured, physically and sexually assaulted by the police. While fearful of having to go back to jail, Maha said that she was no longer afraid of being “the first transgender person in Kuwait to publicly announce that she is a woman” and to openly speak about transwomen’s experiences with the police. Indeed, Maha’s experience of such systemic transphobia, and more specifically, transmisogyny that is facilitated by Article 198 of Kuwait’s Penal Code is neither surprising nor a rare or isolated event, yet her videos mark a generative moment in public discourse on the ‘tabooed’ realm of trans issues and police violence specifically, and on gender, sex and sexuality more broadly. Kuwait’s Cybercrime Law allows persecution of what the state considers to be political and social dissent widely shared on internet platforms. What this means is that being publicly critical of the police’s transmisogynistic systemic abuses of power requires a careful treading, and comes with an expectation that doing so can result in arrest and persecution. Given current conditions caused by COVID-19 pandemic, these conversations mainly took place on online platforms like Twitter, Instagram and Zoom. While much of the initial discussion demonstrated a conflation of transness with homosexuality, and later focused on ‘gender identity disorder’ that pathologised trans people, they also, importantly, demanded abolition of Article 198, and investigation of police’s practices and sexual abuse in prisons. This piece is an attempt to unpack the binary logics policing sex/gender and the transphobic violence mediated by Article 198.

Unlike Article 193’s rootedness in the 20th century British colonial legislations, which states that consensual sexual intercourse between two men over the age of 21 shall be punished with imprisonment of up to seven years, Article 198 of the penal code is home-grown. In 2007, Kuwait’s National Assembly voted to amend Article 198, which primarily dealt with public decency, to include that ‘imitation of the opposite sex’ shall be punished by imprisonment up to one year, a 1,000 Kuwaiti dinar fine, or both. Informed by his engagement with a committee for the Study of Negative Phenomena Alien to Kuwaiti Society that was established in 2006, lawmaker Waleed Al-Tabtabaei proposed the amendment to Legislative and Legal Affairs in the midst of allegations of monetary corruption against several cabinet ministers and repetitive dissolution of parliament. In the familiar supra-national and displacive language that is “shared in transphobic, Islamophobic, migratist and racist debates” as Alyosxa Tudor notes; a language that frequently saturates national political fictions, the naming of the ‘negative phenomena’ committee itself is indicative of how discourses around non-normative gender and sexualities are externalised onto the ‘foreign’ and ‘alien’. This externalisation operates in a double sense. First, it works through the state’s ahistorical disavowal of non-normative sexualities and genders in the region, and their various local articulations, to instead produce a reading of any deviation from the naturalised heterosexual gender binary as a Western imposition that can only ever materialise in the foreign language of LGBTQI+ categories. Second, the repeated invocation of queerness in relation to the foreign can be seen in the number of arrests reported in the Kuwaiti media that focus on queer migrants and non-Kuwaiti residents who are subsequently deported. This conveniently allows for furthering nationalist narratives of the racialised migrant who increasingly damages the ‘pure’ Kuwaiti society with their ‘perverse’ sexuality thus, deepening the state’s violent anti-migrant discourses and policies. 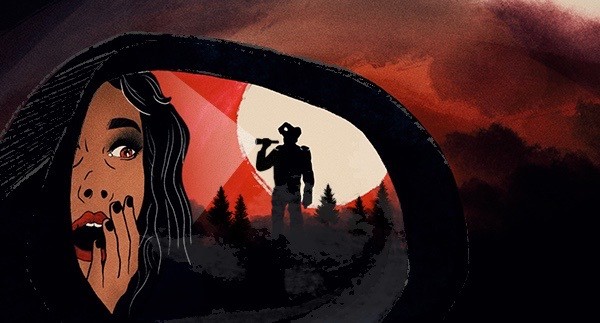 ‘Police Encounters’, illustrated by Bader Almenayes for this blogpost

During many of the collaborative conversations that took place in queer[i] convivial spaces and through queer networks over the course of several years, both within and beyond contexts of my fieldwork research, I have grappled with thinking about gendered and sexed life that is, in its intersectional modes of existence, subjected to the ramifications of Article 198 and 193’s state-mediated legislative violence. In my desire to move beyond liberal sexual rights frameworks and their normative deployments, I problematised the links that are often made between queerness, visibility, recognition, and sexual liberation. I looked for different ways of understanding queer subjectivities, intimacies, and queerness more broadly by centring an exploration of the constellation of spaces that emerge through gender and sexually non-normative social relations. I wanted to explore these sites while bearing in mind, as I do now, that sex/gender/sexuality nexus in the Kuwaiti context cannot and should not be mapped onto the universalised, Western conceptual terrain of identity politics and queer critical theory that distinguishes between gender, sex, and sexuality in ways that can disentangle overlapping articulations of gender and sexual non-normativity. Instead, I find it productive to consider the different Kuwaiti-specific terminologies and articulations of gender and sexual non-normativity, the linguistic contours of sex and gender and their epistemological resonances, and how these resonances are intimately linked with state and societal regulations of gender/sex/sexuality. In doing so, it becomes clear that investments in a heteronormative binary sex/gender system that relies on an insistence of its naturalisations, its value for the traditional family and the nation writ large, often operate through a usage of sex, ‘Jins’, in its adjectival form for differentiating man from woman (ikhtilaf jinsi), and framing their distinctions as opposite and complementary sexes. In this sense, any deviation from a naturalised heterosexuality is measured against established gender and sexual norms that distinguish between men and women. This, in turn, marks gender and sexual non-normativity ‘readable’ as such through an aesthetical performativity of femininity and masculinity, and this is evident in both societal discourses, whether in the form of media representations, talk shows, or otherwise, and in the framing of Article 198 as mentioned above. Although intended to advocate against Article 198’s criminalisation of trans people, the pathologising discussions that followed Maha’s videos proposed a medicalisation of trans livelihood so that it could conveniently map onto this heteronormative binary logic of a naturalised alignment of sex/gender. This could potentially inspire new legislations that might result in making the process of obtaining gender recognition, acknowledgment and care a flawed and difficult one.

Despite my navigation of different languages of recognition for gender and sexually non-normative life in Kuwait, the law, in its silences, ambivalences, and punishments, remained an inescapable presence. It is clear that Article 198 has produced systemic forms of violence in which the police are given the authority to determine what counts as ‘transgressions’ of the boundaries of sex/gender/sexuality based on physical appearance. In a 63-page long report, Human Rights Watch has documented how the amendment to Article 198 has led to arbitrary detainment, procedural violations, torture, sexual harassment and abuse of transwomen by the police and at times other civilians. Detailing similar experiences of this violence that is further exacerbated by one’s positionality of citizenship, statelessness, class, and race, my interviewees spoke about the anxieties, harassment and abuse that unfolds in encounters with the police; whether at the site of police checkpoints that are spread out through the country, or during airport immigration and travel procedures. In light of Maha’s videos, I revisited these conversations and continued new ones with other transwomen in Kuwait. While Article 198 can affect anyone who is gender non-normative, it is transmisogyny that interpellates transwomen as the main punishable subjects, and it is a patriarchal abjection of femininity that shapes the modes through which transmisogynistic violence is articulated. Transwomen arrested under Article 198 frequently experience physical and sexual abuse aimed at ‘re-masculinisation’ through shaving hair and other violent means. Transmisogny does not only shape forms of physical and sexual abuse by the police but also in preventing access to healthcare, job opportunities and security. Mariam shares her experience:

After the law passed, it became very difficult for us to go to government hospitals because of the risk that the workers would call the police on us and the treatment changed from being professional medical workers to outright refusing to treat us because we are trans, even though the treatment we are seeking can be anything from a regular check-up, a flu or dental treatment; not necessarily trans-specific treatment.[ii]

When we spoke about Maha’s case, Mariam recalled several instances of police harassment, especially whenever she travels through Kuwait’s airport:

Police harassment and exploitation are endless. At checkpoints, at the airport, or when you are detained and they know where you live they will constantly show up in the area to try to arrest you again. They ask for your number and they harass you and call you non-stop and threaten to arrest you if you don’t show up at their private apartment for sex, if you don’t send nude photos; and subsequently blackmail you with those too. It’s endless. I remember once, at the airport, the police officer took my passport and started harassing me, asking to take my number or he will arrest me. I stood my ground, refused and snatched my passport from him and started walking. He grabbed me by my arm and said how dare you take your passport and walk away while I’m talking to you? I said, you don’t have the right to do what you are doing, you checked my identity and verified it, that’s all you’re here to do. He got mad and took me to the investigation room where other officers were there. They started harassing me and instilling fear in me like ‘oh yeah now they will send you to prison’ and such things.

The threat of arrest under Article 198 allows for both the police and other civilians to not only surveil and restrict the disciplinary borders of sex/gender through criminalising, reporting on, and blackmailing non-normative genders and sexualities, particularly transwomen and transmen, but it also specifically sanctions transmisogynistic violence towards transwomen through verbal, physical and sexual abuse. Perhaps in a long time, Maha’s videos sparked significant conversations about the necessity to abolish Article 198, to investigate the police’s violent practices, and to consider how anti-trans discourses are mired in attachments to the gender binary. While I am in conversation with many who are engaged in holding and expanding on this moment for its potential in producing transformative changes in how we understand and police gender/sex/sexuality in Kuwait, I am wary of the different forms of transphobic pushback that is surely to come next. 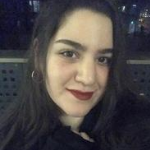 Nour Almazidi is a PhD researcher at the Department of Gender Studies, LSE. Her research examines gender, sexuality, statelessness and political subjectivation.

[i] Although I use terms such as ‘queer’ and ‘transwomen’ throughout this post, many people with non-normative sexualities and genders in Kuwait, and in the region more broadly, do not necessarily identify with LGBTQI categories and there are a variety of different local articulations and terminologies that are beyond the scope of this piece. For an in-depth analysis on this, see Nof Nasser-Eddin, Nour Abu-Assab & Aydan Greatrick on reconceptualising and contextualising sexual rights in the MENA region here.

[ii] This interview is anonymised and shared with consent of the interviewee.