Work From Home and Masculinity in a Pandemic World

Work From Home and Masculinity in a Pandemic World

Can unpaid (domestic and care) work culture in India change under COVID?

With the onset of the pandemic, the amount of unpaid work needed at home has increased, further intensifying the workload for girls and women. Can the current push for working from home, also be accompanied by a push for working at home? As we are living in unprecedented times, can we welcome this moment as a reset button, an opportunity like no other to review the ‘normal’ domestic gender norms? And how can boys and men contribute to this shift towards a ‘new normal’ at home? 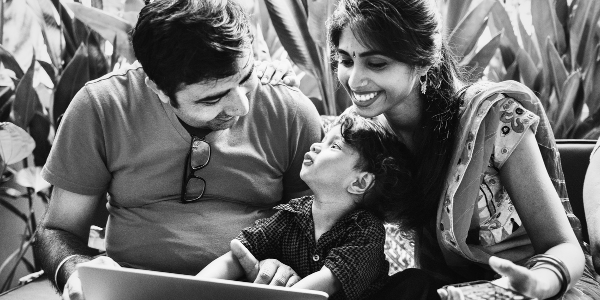 COVID-19 has laid bare the realities of how Indian households are sustained – by the unpaid and invisible care and domestic roles disproportionately performed by girls and women. Across the globe, the impact of the pandemic in terms of health, economic and security parameters has been exacerbated for girls and women due to persisting gender inequality. As children attend classes online and adults work from home, there are heightened care needs; the impacts of the pandemic are amplified for girls and women who are expected to contribute toward unpaid work at home even more than before. A pre-COVID national survey on time use was published this month by the Ministry of Statistics and Programme Implementation. In its comprehensive coverage of 138,799 households across India (rural: 60% and urban: 40%), it reported that only 27% of men were involved in any unpaid domestic work, while only 14% participated in unpaid caregiving responsibilities. In an earlier global comparative report on the issue, it was found that women in India spend about 300 minutes every day on unpaid work, 10 times more than men who only spend 30 minutes. This is comparable to the South Asian neighbour, Pakistan – divided by borders, united by the unequal allocation of unpaid work. What disappears in this gap of 40% where women perform more than the equal share of total unpaid work? An abysmal amount of women’s productive time, labour, mental and physical health, and economic progress. There have often been discussions on this – what can the government, employers or even mothers do in terms of policies or norms, but fewer have focused on how boys and men can change the ways unpaid work is devalued or feminized.

Homes are far from being gender-neutral spaces, which in turn means that children’s upbringing also leads to gender role perceptions from an early age. Parental gender socialisation leads to different expectations from boys and girls, which are reinforced by the work fathers and mothers perform themselves. Women often bear the maximum burden of household work and childcare; therefore, children grow up with the same ideas. As the pandemic has halted lives around the world, parents can pause and reflect on not only their lives but also those of the next generation. Equal division of labour amongst children of different genders can be one way that Indian families can start creating a small change. However, the burden of changing these norms cannot fall solely on the shoulders of the mothers who are essentially responsible for bringing up their children – a far greater shift is needed to create a more cohesive system. One of the avenues towards change can be starting from home, and then transcending the private-public boundaries. Even as men perform more unpaid work around the house during the pandemic, the lingo is still of ‘helping’ instead of ‘sharing’. The shift has to be in terms of taking initiative and not waiting for directions.

It is common knowledge that a habit takes 21 days to form – but how many days (and years) will it need when misplaced machismo acts as a barrier? Boys and men who perform care work often face stigmatization: friends telling them that they are spending time on unimportant and essentially feminized work, implying a weakening of masculinity. Thus, the change has to transcend homes and be visible in how we conduct our lives – interact with friends, talk to colleagues and view the world. This is essential because the ugly truth of gender inequality is that it is an interwoven web with multiple sexist underpinnings. One way the pandemic can be an impetus in changing this discourse is if office managers and staff interacting over online platforms, talk freely about the housework they are performing in their daily check-in. For instance, “I just finished cooking lunch” is a common thing for female colleagues to say. But the pandemic has taken away such assumptions, as women and men alike operate from home. These structures of division of labour can change if men too started talking about those same things – this can play a huge part in creating examples of empathetic masculinities. Men need to start recounting their time spent in domestic and care roles and set a precedent for ‘what a real man looks like’. Furthermore, in a time marked by this crisis, organisational heads, who are mostly men, can also be allies by nurturing a culture that champions for a good work-life balance and taking active steps to minimise gender bias. In all these examples, men as fathers, friends, and colleagues can bring a genuine cultural shift away from the assumption of unpaid roles at home as essentially feminine, and possibly start to overturn years of social conditioning.

The media have also started to foster a positive space for boys and men to step in and seize more responsibility – Share The Load, a P&G campaign for detergent focused on men doing household chores and sons performing domestic work. These ideas and norms define our cultural expectations of how men and women should behave, and can shift over time through repeated interactions with others who are taking the lead to create more equal households. Hence, if men actively work on changing the norms of division of work at home – especially now due to a change in lifestyle and advocate for it openly – the pandemic can  alleviate, rather than exacerbate unequal unpaid work. This will lead to women having the time and energy to gain strong social capital, focus on individual growth, better family life and even contribute to the nation’s economic progress.

According to the International Labour Organization, unpaid work has been recognised as the main barrier to women’s labour force participation, which means if men step up to share the work, it could lead to a massive increase in the female labour force participation rate (at present it is at a historic low of 20%, much lower than Pakistan and Afghanistan), and subsequently boost the GDP (at less than 18% of GDP, the present economic contribution of Indian women is less than half the global average, and one of the lowest in the world. According to research by McKinsey & Company, advancing gender parity could contribute $770 billion to India’s GDP by 2025). It would also translate to more girls accessing education, and not dropping out to engage solely in domestic responsibilities. For men, recognising, reducing and redistributing unpaid work can be equally rewarding. Equality in domestic work and childcare can have far reaching consequences for boys and men – from becoming more self-reliant and better multitaskers (often seen as the domain of women), to more organised and involved fathers. Additionally, research suggests that in households where men perform equal unpaid work, children are more likely to believe in gender equality; boys grow up to share the work, and girls are more empowered. Men also benefit from greater engagement in caregiving, including improved physical, mental, and sexual health and reduced risk-taking.

As we mould our lives to fit the world we live in, increasingly so in the pandemic, shifting the unpaid work culture has to be a priority. If not, the split between the public and private spheres will intensify to a point where the choice to even engage in paid work will cease to exist for millions of women. To accelerate progress for gender equality, Indian men and women don’t just have to work together, but also more equally. 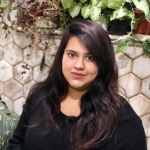 Ria works in the field of communications and knowledge management in the development sector. She holds a MSc in International Relations from LSE where her thesis focused on gender and analysing hegemonic masculinities. Her interests lie in advancing gender equality and promoting sustainable and inclusive development.

Bad Behavior has blocked 1545 access attempts in the last 7 days.