The Impact of the Coronavirus Pandemic on Refugee Women and Girls

The Impact of the Coronavirus Pandemic on Refugee Women and Girls

As the COVID-19 pandemic continues to expose power disparities in society, it has become clear that refugees[1] are experiencing a unique set of challenges as a result of the health crisis. Images from refugee camps in Greece and Bangladesh raise questions about how far social distancing is possible for refugees. Further, language barriers and a fear of authorities due to deportation concerns can result in refugees avoiding getting tested.  With social distancing orders in place and limited the access to food rations provided by NGOs and the UNHCR, widespread hunger has been documented in many refugee settlements like those in Jammu.

The pandemic has been particularly bleak for refugees across the world. However, women refugees have been hit with a “triple crisis”: the challenges of COVID-19, displacement, and gender-based violence. The overlapping adversities faced by refugee women mean that a gendered analysis of the global health crisis is urgently needed. 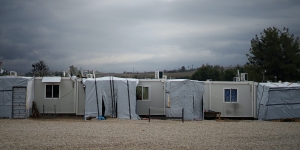 Syrian refugee camp on the outskirts of Athens, Greece. Photo by Julie Ricard on Unsplash

Existing problems like cramped spaces and inadequate water and sanitation worsen during a pandemic. Toilets in refugee settlements, which are not cleaned regularly and which often do not have locks or sufficient lighting, become hotbeds for both infections and sexual assault, as has been the case in several European refugee settlements. Pregnant refugees face additional susceptibility to coronavirus simply by going to the hospital for delivery or check-ups, as was the case for a female refugee in Greece.

Lockdown orders at the beginning of the outbreak have hampered the educational and economic prospects of women refugees. Studies have shown that very few girls, especially among refugees, return to school after dropping out. Discrimination and unequal access to skill acquisition in the past have also restricted women refugees to jobs in the informal sector, which now translates into heightened job insecurity. Increased unemployment and rising financial concerns then result in a spike in prostitution, human trafficking and child marriages, according to reports by Refugees International.

Globally, being quarantined with predatory partners has also led to a skyrocketing increase in rates of Intimate Partner Violence (IPV), especially in humanitarian crises. This phenomenon was also noted in India by the National Commission for Women.

Moreover, the pandemic has intensified the anxiety, fear, loneliness and uncertainty for female refugees who are already fleeing war and conflict. Unfortunately, conversations about mental health remain stigmatised, and access to mental health professionals continue to be limited, particularly in refugee camps.

Therefore, it becomes necessary to find a way to address these difficulties.

Gaps between law and practice

In light of the challenges outlined above, several measures have been put in place to protect women refugees, at both domestic and international levels. However, these suffer from some inadequacies at both the law and policy level, and in implementation.

Several international legal instruments exist to protect refugees, including the 1954 Convention Relating to the Status of Stateless Persons, the 1961 Convention on the Reduction of Statelessness and the 1967 Protocol relating to the Status of Refugees. Together, these delineate the rights of the displaced, as well as the legal obligations on States. Various instruments like the CEDAW, the ICCPR, the ICESCR, the UDHR and the UN Declaration on Violence against Women also protect the rights of women, with the ICESCR also recognising that the right to health should be applicable irrespective of citizenship. In May 2020, the WHO and the UN Refugee Agency signed a new agreement to strengthen public health services for refugees.

However, not all of these international legal instruments have been universally ratified. Therefore, many countries have not incorporated them into their national legal frameworks. For example, India is not a party to the Conventions and Protocol protecting the rights of the displaced, and hence, is not obligated to uphold their provisions. As a result, UNHCR India had to make an appeal to the Indian government to include refugees in national schemes during the pandemic.

Although India has no national refugee law, certain rights are not predicated on citizenship. Equality before the law (Article 14), protection of life or personal liberty (Article 21), equal access to education (Article 21A), and the right to approach the Supreme Court (Article 32) or the High Court (Article 226) for the enforcement of Fundamental Rights are applicable to citizens and non-citizens alike.

Rape and sexual harassment and domestic violence are also criminalised under the Indian Penal Code, 1860, under sections 375, 354A and 498A respectively, with domestic violence also protected against under the Protection of Women from Domestic Violence Act, 2005. In theory, these provisions could be mobilized to protect refugee women who experience sexual violence during the pandemic. However, most women refugees are not aware of any of the above rights and further, due to a lack of resources, legal support, and a fear of the authorities, they are unlikely to exercise them.

The NCW has launched a WhatsApp number to file complaints of sexual and gender-based violence in India. However, it must be kept in mind that most refugee women do not have access to phones and the internet. While refugees in general are denied proper access to communication services due to documentation and Aadhaar card requirements, women in particular face an accessibility gap due to socio-cultural reasons like affordability, literacy and digital skills, a perceived lack of relevance, and security concerns, as revealed by the GSMA Mobile Gender Gap Report, 2019. Therefore, it becomes imperative that shelters and other offline support systems for victims of domestic violence like ‘Sakhi’ (one stop centres) are kept open during lockdowns. Lessons can be learnt from the French government, which opened pop-up counselling centres, and funded the temporary relocation of survivors of domestic violence to hotels. It also urged survivors to walk into stores and ask for “mask-91”, a code that alerts shopkeepers to contact the police and other authorities. Similar offline support systems must also be made available to promote mental health.

Leadership within refugee camps may also affect women’s resilience to the challenges posed by COVID-19. For example, when a  female Congolese refugee was elected Chairperson of a refugee camp, it became clear how women in authority may be more able to understand problems afflicting other women and take action regarding them. During the pandemic, having people in power who women refugees can relate to and look up to may make them more inclined to reach out for information about staying safe during a pandemic.

Many women have taken up mask-making in Kenya, India, etc., and such opportunities must be extended to female refugees as well, with salaries and financial assistance transfers paid directly to the women.

Eventually, when a vaccine is developed, it must be universally administered, regardless of citizenship status.

According to the UN High Commissioner for Refugees Filippo Grandi, “the health of every person is linked to the health of the most marginalized and vulnerable members in a society.” By understanding the gendered problems prevailing among refugees, the pandemic can be leveraged to mitigate the negative effects of adversity, while simultaneously allowing female refugees to become meaningful participants of their host country’s society and economy. Most importantly, we must maintain solidarity with refugees, especially women and girls, not just in times of pandemic, but afterwards as well. For even if they have had citizenship rights taken away, they are still human. 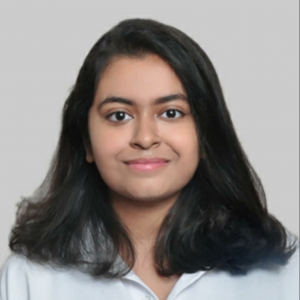 [1] For the purpose of this article, a refugee will be understood as defined by the 1951 Convention Relating to the Status of Refugees: “someone who is unable or unwilling to return to their country of origin owing to a well-founded fear of being persecuted for reasons of race, religion, nationality, membership of a particular social group, or political opinion.

Bad Behavior has blocked 713 access attempts in the last 7 days.