LGBTQ+ issues as Electoral Fuel: Insights from a Polarized Poland

LGBTQ+ issues as Electoral Fuel: Insights from a Polarized Poland

As the COVID-19 pandemic restrained the traditional June Pride march, which had to move from the streets to social media, the debate on LGBTQ+ rights became the key battlefield in the Polish presidential election. Since the conservative Polish President Andrzej Duda targeted the LGBTQ+ community in his political agenda, LGBTQ+ politics became the most critical issue at the end of the electoral campaign. The re-election of Duda angered and terrified members of the Polish LGBTQ+ community, particularly his statements on LGBTQ+ equality as a dangerous “ideology” that threatens the traditional structure of the Polish family and Christianity. 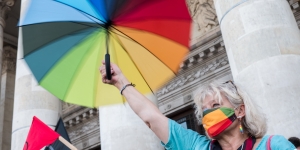 The rise of populist leaders within the European Union such as Andrzej Duda from Poland and Viktor Orbán from Hungary has led to a democratic backsliding in these states. They criticise the EU as “anti-democratic”, question its legitimacy and bring back debates on national sovereignty into the European political scene. To be a part of the EU and subject to its mutual benefits, states have agreed to follow the regulations set by the EU and to give up on their complete sovereignty. Despite this agreement, values such as human rights, equality, and non-discrimination are in danger in Poland, where incumbents and leaders of the ruling Law and Justice Party in Poland have been actively speaking against LGBTQ+ rights since they came to power.

In 2019, a new trend against LGBTQ+ has begun as a result of various provinces and municipalities introducing “LGBTQ+ Ideology-Free-Zones” in Poland. Duda has promised not to allow same-sex marriage and gay adoption in Poland in his electoral campaign. Therefore, the need for the EU’s intervention grew in parallel with LGBTQ+ people facing discrimination. The European Commission has pointed out that Poland violated the rights of their residents and threatened to cease EU funding. However, although AllOut, a LGBTQ+ group, and the Polish Campaign Against Homophobia collected more than 330.000 signatures to push the EU for immediate action regarding the recent policies, the reaction from the European Commission did not bring an effective solution to cease the “LGBTQ+ Ideology-Free-Zones”.

Violating the fundamental values of human rights, populist leaders like the Polish President are demonizing marginal groups of the society to create enemies and mobilize their supporters. They employ polarizing language and depict their opposition as the enemy of the nation. A key example of this in Poland are the statements by Jaroslaw Kaczynski’s, the leader of the ruling PiS. During the Syrian refugee crisis of 2015, he made refugees scapegoats, depicting them as “all sorts of parasites and protozoa, which … while not dangerous in the organisms of these people, could be dangerous here.”

Next to migration, LGBTQ+ issues are increasingly used as the new adversary of the PiS to excite their voter base, especially during the electoral campaign for the presidency. Kaczynski positioned LGBTQ+ people as a threat coming to the country from Western Europe arguing that having “two mommies or two daddies” is detrimental to the traditional Polish family. Duda further stated that “the LGBT ideology is more destructive than communism”, adding that while “they are trying to tell us that it’s people, … it is simply an ideology”. The head of Duda’s campaign crew, Joachim Brudziński tweeted that “Poland is the most beautiful without LGBT” and PiS MP Przemysław Czarnek stated that “Gay people aren’t equal to normal people“. In all of these cases, the LGBTQ+ community is positioned as a key threat to Poland and Polish values.

LGBTQ+ rights are one of the areas that were influenced by the democratic backsliding in the country because of the close relations between the ruling party and the Catholic Church in Poland. Highlighting the strong coalition between the Catholic Church and the Polish government, the archbishop of Krakowstated that Poland is not affected by the red plague anymore, yet, is under siege from a “rainbow plague”. The Catholic Church played a major role in democratization during the communist era in Poland and their reference to the red plague is utilized to remind Polish people of this history and to prevent ‘the spread of LGBTQ+ ideology’ in the country.

Based on an index published by ILGA-Europe, Poland is the worst performing country among the European Union regarding LGBTQ+ rights. Since the electoral success of the ruling party PiS in 2015, Poland has seen incremental democratic backsliding. The outbreak of the pandemic has displayed the route that Poland has adopted more clearly and has heightened some aspects of human rights’ violations regarding, for instance, the discourses and actions against LGBTQ+ people and women’s reproductive rights. Nevertheless, the ruling Law and Justice Party remains popular with its voter base consisting of conservative, nationalist and Catholic voters. As a part of their populist strategy, the party also uses anti-elitism and welfare state reforms that are mostly concentrated on child benefits, support for housing and free health care for older people.

During the presidential electoral campaign, Duda targeted various actors and topics in order to receive and improve the attention from his conservative and religious supporters regarding the anti-abortion law, anti-Semitism and xenophobia. Among his statements, he also targeted LGBTQ+ rights with references to communism, arguing that LGBTQ+ is more dangerous than communism in the country. Duda also signed a “Family Charter” as part of his election proposal. The charter was meant to take a clear conservative stance against same sex marriage and adoption by gay couples. The Charter also included the prohibition of “LGBTQ+ ideology propaganda” in public corporations and schools.

Duda’s political opponent, Rafał Trzaskowski, the liberal mayor of Warsaw, employed the opposite stance regarding the LGBTQ+ rights. While many voters supported his support of LGBTQ+ rights, Duda might also have benefited from Trzaskowski stance and depicted him as Europe’s abettor. Trzaskowski also participated at Pride in Warsaw, the first mayor of the capital to do so. As he result, he  was labelled as an “anti-Polish radical” and “the extremist candidate” by right-wing commentators who depicted the election as a choice between “a red-and-white Poland” with Duda and “rainbow one” with Trzaskowski. Given these attacks, Trzaskowski became increasingly quiet about the LGBTQ+ rights at the end of his campaign and failed to further scrutinize Duda’s discourse. While Trzaskowski performed strongly and the outcome was split almost evenly, Duda ultimately won the election.

The confinement process and self-isolation owing to the COVID19 has been challenging and daunting to those who are vulnerable in the society since these measures have restricted street demonstrations. Nevertheless, since the opposition for LGBTQ+ equality has been used as a tool by the ruling party and pro-government media organs, newspapers and TV channels, LGBTQ+ and pro-LGBTQ+ groups protested have the president and his charter. They held demonstrations in front of the Presidential Palace in Warsaw, organized a “silent disco” and warned politicians from the opposition not to allow the pro-government media to use propaganda on behalf of PiS’ electoral campaign. As a result, protesters of pro-LGBTQ+ were attacked by anti-LGBTQ+ groups in the Białystok to promote their opinions and the police force had to intervene.

The erosion of human rights and the ongoing democratic backsliding in the country has directly impacted the situation of LGBTQ+ people. Even though perceptions of homosexuality are improving, same sex marriage is still prohibited and taboo in Polish society. Discriminative statements by politicians have intensified polarization in society and caused violence against LGBTQ+ people, who are beaten up in the streets and are subject to bullying in schools and workplaces. Here we can see how the democratic backsliding and populist strategies go beyond electoral outcomes and lead to direct violations of human rights. Therefore, to defend human rights in Poland, the sustained LGBTQ+ activism in Poland needs to be supported by active involvement of the European Commission. 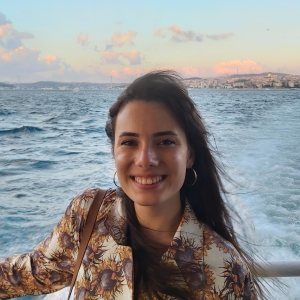 Selen Eşençay is an MA candidate and a Research Assistant at the Department of International Relations, at Bilkent University. Her research focuses on foreign policy of the European Union with a focus on Central and Eastern European countries regarding the right-wing populist leaders and democratic backsliding. Selen holds a BA in Political Science and Public Administrations from the Bilkent University with a focus on securitization and instrumentalization of the Syrian refugee crisis. She tweets @sesencayy.

Bad Behavior has blocked 646 access attempts in the last 7 days.