The Hidden Masculinization and Militarization of the Canadian Citizenship Guide

The Hidden Masculinization and Militarization of the Canadian Citizenship Guide

The Canadian Citizenship Guide seeks to characterise Canada by its ideals of peace and gender equality. However, its language, imagery and layout paint a different picture. In this post, Sarah Chudleigh explores how the guide reinforces the masculinised and militarist values it seeks to oppose. 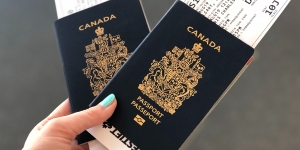 Photo by Jaimie Harmsen on Unsplash

For aspiring Canadian citizens, the current citizenship guide, Discover Canada: The Rights and Responsibilities of Canadian Citize­nship, sends mixed messages. Though it emphasizes the national importance of peace and gender equality, these ideas are counteracted by the rhetorical power of its masculinised and militarised language and imagery.

Discover Canada was released to the public in 2011 under Prime Minister Stephen Harper’s second government. It shares an overview of Canadian history, government, values, and the responsibilities of being a citizen. The guide is the main pedagogical resource for residents preparing for the citizenship test; it holds an immense amount of power, as explained by Foucault’s notion of power relations: “Power relations are exercised, to an exceedingly important extent, through the production and exchange of signs; and they are scarcely separable from goal-directed activities that permit the exercise of a power (such as training techniques, processes of domination, the means by which obedience is obtained)”.

The citizenship guide is a collection of signs oriented towards the goal of attaining Canadian citizenship. Parts of the guide suggest a peace-filled country of gender equality, but many of its ‘signs’ – including layout and word choice – communicate otherwise.

The guide seeks to position Canada as a peaceful country protecting itself from the violence of others. One section reads, “Some Canadians immigrate from places where they have experienced warfare or conflict. Such experiences do not justify bringing to Canada violent, extreme or hateful prejudices”; as though war and violence are only borne outside of Canada.

However, despite the heavy emphasis on Canada as a peaceful country (“our institutions uphold a commitment to peace”), the newest guide added more content on war and violence than A Look at Canada, the previous guide from 1995. The 2011 update introduced the First World War, Remembrance Day, the Second World War, the War of 1812, and the 1837-38 rebellions as necessary knowledge for new Canadian citizens. The focus on Canada’s military efforts intertwines with its heavy masculinization. Tens of images of men in uniform paint a masculinized image of the military. Most prominently, 91% of the individuals recognized as ‘heroes’ in the guide are men, usually for military achievements.

The 2011 guide also introduced a section on the equality of men and women. However, the section is only three sentences, in contrast to the two-page spread on WWI and Remembrance Day. There exists a clear spatial priority to military endeavors over gender equality. As for the section itself, The Equality of Men and Women reads: “In Canada, men and women are equal under the law. Canada’s openness and generosity do not extend to barbaric cultural practices that tolerate spousal abuse, “honour killings,” female genital mutilation, forced marriage or other gender-based violence. Those guilty of these crimes are severely punished under Canada’s criminal laws”.

Most of the text is spent condemning gender-based violence outside of Canada, and it includes one of the only mentions of the private sphere in the guide. It asserts sexist assumptions of women existing within the private sphere (and men within the public sphere of war). It then goes further to paint women as victims of violence within this sphere. Both the xenophobic assertion that violence against women in Canada originates from the ‘barbaric cultural practices’ of other countries, and the idea that women exist in the private sphere, reinforce stereotyped gender binaries that call for masculine military protection.

Gender-based violence is a problem in Canada, despite the guide’s suggestion that it only exists elsewhere. Those who listen to the audio version of the guide are directed by a link marked “Listen: Notable Canadians read the Discover Canada”. These ten ‘notable Canadians’ include Soulpepper Theatre co-founder Albert Schultz. Four civil lawsuits were filed against Schultz in early January of 2018 for sexual battery and harassment over 13 years, including flagrant abuse of his power over female actors. To mark a man repeatedly accused of sexual assault as a ‘Notable Canadian’ is to either ignore or condone the violence against women caused by his actions. His presence in the guide shows readers that violence against women, when enacted by ‘notable’ Canadians, is not a notable problem. The guide cannot claim to promote gender equality when it ignores or accepts real instances of gender-based violence.

The guide further erases less privileged women from its text. The largest section on women is comprised of three paragraphs on the suffrage movement titled Women Get the Vote. It concludes by saying in 1918, most female citizens over 21 could vote. While it correctly identifies that not all women had the vote, the section does not mention Asian or Indigenous women – those who were still without voting rights after 1918. It shows a generalized view of Canadian women that marginalizes these women of colour. In fact, the women erased in the suffrage section are both groups who have been actively harmed by the military on Canadian soil via internment camps and residential schools.

The dual emphasis on men and military in the citizenship guide is not a coincidence, as militarization and masculinization perpetuate one another. Maya Eichler explains, “Feminist scholars argue that the gendered dichotomy of masculine protectors and feminine protected helps legitimize unequal gender relations as well as the use of military force”. The framing of men in the guide as militarized, public-sphere occupying individuals contrasted with the victimized, private-sphere role of women creates Eichler’s ‘gendered dichotomy’.  Through reproducing masculinized and militarized values, the citizenship guide counters its stated claims to promote the ideals of peace and gender equality. 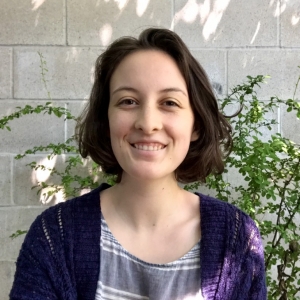 Sarah Chudleigh is an MSc Candidate in International Social and Public Policy at LSE. She previously completed a liberal arts degree from Quest University Canada. She is interested in interdisciplinary research on migration, race, and gender.

Bad Behavior has blocked 546 access attempts in the last 7 days.