Women’s Policy Interests in the Public and Why They Matter

Women’s Policy Interests in the Public and Why They Matter

Since Hanna Pitkin’s seminal work on representation, political theorists have long questioned the extent to which women’s policy interests and concerns can be represented by male politicians in legislatures. Due to women’s shared experiences and perspectives within the broader public, the argument goes on, electing more women to legislatures might further the substantive representation of women. While this is a highly intuitive conclusion that flows from a number of empirically well-supported premises – such as the observation that women in legislatures differ considerably from men in policy preferences and priorities, a recent body of work argued that a priori assumptions about the nature of women as a group do not do justice to the question of women’s representation, especially because it neglects gender’s intersection with race and partisanship in forming policy priorities and preferences.[1] At the core of this argument lie the observations that women are heterogeneous as a group and that certain subgroups of women may hold distinct policy priorities due to their unique experiences in society. As Hardy-Fanta and collaborators once wrote[2], “race and gender, whether alone or in interaction, are not simply demographic classifications or identity markers, but rather factors that interact in dynamic ways with historical and structural political conditions”. This implies that the conceptualization of ‘women’s interests’ is a difficult task.

In a recent article published in the British Journal of Political Science, I take up this challenge by analysing as many as 700 public opinion surveys conducted with nearly a million Americans from 1939 to 2015. Specifically, I examined the extent to which women differ from men in the prioritisation of a wide range of policy areas, as well as whether certain gender-race and gender-partisan categories, such as White women or Republican women, hold distinct policy priorities. I ask the following questions: What are women’s policy priorities? Are women in the broader population more likely to share policy priorities with other women than with their male counterparts of the same race or partisan background? These questions are of great normative importance, as their answers will shed further light into the link between descriptive and substantive representation. 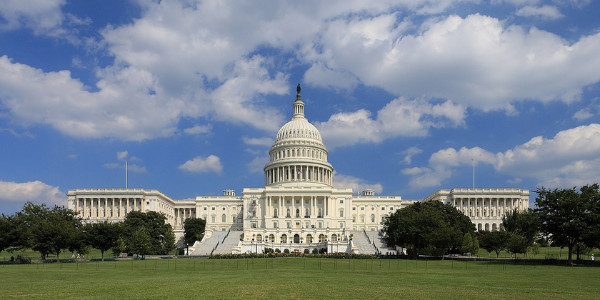 My analysis of policy priorities over the past seven decades suggests that both sides, the socialisation perspective that builds on women’s shared experiences, and the intersectionality perspective that highlights women’s heterogeneity as a group, have merits, as well as important limitations. I show that women differ from men in the prioritisation of a large number of policy areas: women were more likely than men to mention issues related to health policy, family and children, poverty, welfare, housing, education policy, and war, and less likely than men to mention globalization, industrial policy, corruption, immigration, foreign aid and energy as the most important problem facing the country. While these gendered patterns in the prioritisation of policy areas fit well with past scholarship’s characterisation of policies as “women’s issues” and “men’s issues” (or stereotypically called “feminine” vs. “masculine” issue areas), I also show in the paper that the failure to consider gender’s intersectionality with other important identities would render the picture incomplete at best, and inaccurate at worst. That is, even though women, on average, are more or less likely than men to prioritize certain policy areas, this does not take into account the role of intersectional identities.

The second part of the paper suggests that a considerable number of women do not fit in the above characterization; namely, that there are policy interests and priorities that women share in common. In other words, there are some important deviations from the “shared experiences” perspective. Although women are more likely than men to prioritize issues related to poverty, crime, and civil liberties, there are also considerable differences within the group of women, most importantly, that women of color are more likely than White women to mention issues related to poverty, crime, and civil liberties as the most important problem facing the country. Stated differently, certain groups of women have diverging policy priorities, due to distinct experiences and perspectives.

As for gender-partisan categories, the most striking example is the issue of immigration. While women were, on average, less likely than men to prioritize issues related to immigration as the most important problem, Republican women diverge significantly from other women in the prioritisation of immigration. In a similar way, Republican women were more similar to their male co-partisans than other women in issues related to poverty, civil liberties, and health policy.

A key takeaway from my study is that while women tend to prioritise a distinct set of policy issues, there are considerable differences among women as a group that need to be taken into account. For one thing, even though gender differences in policy concerns are considerable, it is misleading to paint the policy concerns of different race-gender and partisan-gender categories with the same brush. What are the implications of these results for women’s group representation in politics? Given the considerable gender gap in priorities, women’s numerical representation in legislatures is key to representation of women’s interests. That is, women are the best candidates to represent the policy priorities of women within the broader public.[3] However, simply electing more women is not sufficient. One way to foster women’s substantive representation is to elect not only a larger group of women, but also a more diverse group of women in terms of partisanship, race, and social class. While the idea of electing a more diverse group of women in terms of social class seems unrealistic in the short-run due to structural barriers that keep working-class women out of office, there are good reasons to be hopeful about racial and partisan diversity among women in representative institutions. 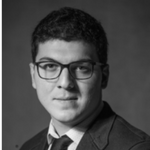 [1] Since Pitkin’s influential study, The Concept of Representation, race and gender have been at the core of the literature on descriptive representation. As Parent et al. (2013, 639) argue, gender and race “represent some of the social identities afforded meaning in terms of relative sociocultural power and privilege”. In a recent interview with political scientists (Dittmar et al. 2018, 165), Delegate Stacey Plaskett (D-VI) said that said that the policy priorities of congresswomen of color are “very different than White women’s issues…because our experiences in America have been enormously different than theirs”. Parent, MC, DeBlaere, C and Moradi, B (2013) Approaches to research on intersectionality: perspectives on gender, LGBT, and racial/ethnic identities. Sex Roles 68(11–12), 639–645. Dittmar, K, Sanbonmatsu, K and Carroll, SJ (2018) A Seat at the Table: Congresswomen’s Perspectives on why Their Presence Matters. Oxford: Oxford University Press.

Bad Behavior has blocked 339 access attempts in the last 7 days.