No safe space for women: The rise in digital surveillance in South Asia

No safe space for women: The rise in digital surveillance in South Asia

Social media and modern-day technologies have made it simpler for women to share their opinions on important issues. However, the policed and politicised character of the digital environment in South Asia offers very little room for women to exist without negative consequences.

In my conversation on the increased use of digital means to communicate, agitate and reorganise certain policy measures with other journalists and activists around the region, one prominent problem has come to light: the problem of digital surveillance. In a discussion within the UN women program on “Shrinking Democratic Spaces in Asia for Women”, a senior journalist from Bangladesh complained that a certain email consisting of details of a possible story has been deleted from her email account one day. What she initially presumed to be a technical issue turned out to be a case of state censorship – any correspondence regarding that story, which challenged the state, continued to be mysteriously deleted.

This incident does not stand in isolation. Women journalists across the region have faced similar and often more extreme forms of oppression from the state, including verbal harassment and death threats. Journalism, particularly when it questions the status quo, is still fraught with danger in South Asia particularly and this holds true in the digital world as well. Among these threats to women journalists are: surveillance, location monitoring and facial recognition software, source disclosure, and hacking without the target’s awareness.

Digital surveillance is increasingly practised by states on female dissidents as a means to silence them. Recently, many journalists and human rights defenders in India were privy to surveillance from spyware called Pegasus.  Pegasus, developed by Israeli tech firm NSO, transforms a mobile phone into a surveillance device, accessing and exporting texts, photographs, and emails without the user’s knowledge.

With the help of Pegasus, governments all around the world have allegedly targeted and harassed a number of high-profile journalists and activists. According to computer experts and victims, dozens of women in India, the Middle East, and North Africa who were presumably targeted for monitoring by governments using Pegasus spyware are now at a higher risk of being blackmailed or harassed.

However, countries with low privacy protections, limited freedom of expression, and generally conservative communities could put women human rights defenders at risk. Further, foreign governments are said to have obtained private images from the phones of female journalists and activists using NSO’s Pegasus spyware and other similar technologies. 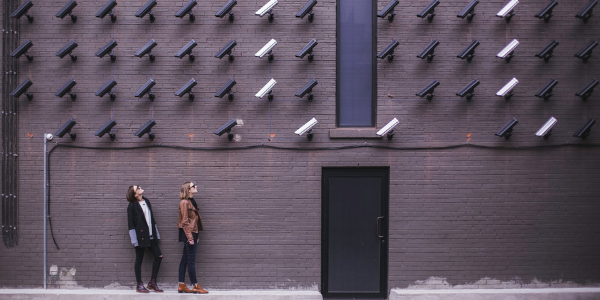 Photo by Burst from Pexels

Earlier in 2021, police in Lucknow, India, announced that they will install cameras with emotion recognition technology to spot harassed women, while police in Pakistan have devised a mobile safety app in the aftermath of a gang rape. However, without proper privacy laws in patriarchal states such as these, women rights advocates are concerned that increased surveillance would harm women even more.

Presently, Article 17 of the International Covenant on Civil and Political Rights (ICCPR) provides firm guidelines on the matter, stating that: “No one shall be subjected to arbitrary or unlawful interference with his privacy, family, home or correspondence, nor to unlawful attacks on his honour and reputation” and that: “Everyone has the right to the protection of the law against such interference or attacks.”

The ICCPR charter is officially binding. However, often the lack of international accountability, especially within the South Asian region, gives the states the power to overlook this principle.

Identity is important in the surveillance culture. Surveillance techniques have been identified as racist, classist, and gendered, including certain facial recognition systems. In regions like South Asia which are governed by identity and communal politics, surveillance is often used as a tactic to troll and send threats to women based on their religious and communal identities. Muslim woman journalists in India are often targeted by right wing extremist Hindu groups on online platforms where their personal pictures and confidential information are regularly shared.

Another imperative aspect of journalism that is jeopardised due to constant surveillance is the confidentiality of source. Journalists regularly rely on source protection to gather and review information in the public interest from confidential sources. So while the protective international or national legislation and journalistic dedication preserve sources’ identities, in the age of digital reporting, mass monitoring, obligatory data retention, and third-party disclosure, this conventional shield can be lost.

Anti-terrorism or national security legislation has become increasingly restrictive at the state level in recent decades, sometimes bypassing existing legal protections such as shield laws. States are increasingly attempting to battle anonymity programmes such as TOR, Proxy, and VPN by banning access to them and requiring SIM card registration. Such actions could jeopardise efforts to protect confidential information.

Digital attacks against women are increasingly being normalised by states that want them to be silent witnesses of their subjugation. Meanwhile, the growing sense of hyper-nationalism and the lack of regional cohesion in South Asia prohibits activists and journalists from neighbouring countries being able to speak out collectively against such wrongdoings due to the fear that stringent actions might be taken by their respective governments against them.

It is imperative for global governance organisations and state courts to ask the states to adopt digital privacy laws to establish online safety for everyone. To tackle this, the internet and telecommunications firms should establish safe facilities at the intermediary level to protect journalists’ data from hackers.

In addition, internet and telecommunications companies should have a clear, transparent, and reasonable policy regarding the release of private data to law enforcement agencies and others. Employers and media organisations, on the other hand, should provide software and equipment to its journalists that allows them to protect their communications. Finally, female journalists must be aware of digital threats and take the appropriate countermeasures in their daily work. 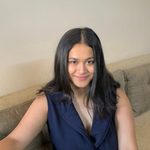 Kashvi Chandok (she/her) is a researcher and writer with demonstrated history in exploring the issues of International Relations, Women’s Rights and Climate Change. She’s largely interested in understanding the role of governance organisation in influencing the local legal trajectories in the Global South. Currently, she’s participating as a Young Changemaker in the UNHCR Youth Focus group where she’s highlighting certain problems that refugees face in South Asia. She have previously worked as a researcher with the ASEAN youth organisation, UNOY,  SDSN Youth amongst others.