This June, this author had the pleasure of being asked to present at LSE’s Interdisciplinary Knowledge Beyond Boundaries conference; the following is a written piece based on her presentation.

The turn to the human rights approach by the refugee regime in recent decades has been received critically by refugee scholars. However, their arguments remain under-developed when compared to the broad body of thought that is critical of the human rights approach from feminist scholars. This review will lay out three major areas that refugee scholars can learn from feminist critiques.

From securitization to human rights.

The ‘refugee regime’ is the organization of legal frameworks, norms, principles which direct the behaviour of international institutions (including refugee lawyers, NGOs, and the UN’s refugee agency UNHCR) that regulate refugee flows. In the 1990s, the regime’s approach was largely centred on presenting refugees as a security threat to the international community, commonly known as a securitization approach. This aimed to gain the attention of states by drawing attention to issues like recruitment of extremists in camps in order to capture their time and funding for projects.

However, recent years have seen the regime shift away from securitization towards a softer human rights approach, drawing on the moral and political duties of states as signatories to human rights conventions to protect refugees’ individual human rights. Securitized approaches are still very much present in state responses. However, UNHCR has adopted a rights-based approach by expanding its original mandate from the 1951 Convention, and definition of ‘protection’ to assume responsibility for not just legally-recognised refugees but Internally-Displaced Persons, stateless people and ‘persons of concern’ to ensure that they are able to enjoy human rights and fundamental freedoms (Türk, 2013). Human rights law has also become key to refugee protection at the national level, with states beginning to adopt jurisprudence that interpret key criteria of the refugee definition in light of human rights principles. At first glance, this may seem an effective solution to the securitization of refugees which justified hostile state asylum policies. What can be wrong with protecting human rights?

The critiques by refugee scholars of this turn to human rights are extremely varied, but were divided into the following two categories for the purposes of this review:

First: it places refugee rights in competition with other state agendas.

Refugee scholars, like Stevens (2016), argue that human rights law is limited in protecting refugees because the human rights agenda is placed in competition with other state agendas. This can be seen in the fallout of the 2008 European financial crisis which brought with it anti-foreigner sentiment, later linked to the creation of discourse around a European ‘refugee crisis’. For many British politicians, immigrants became an easy scapegoat for the job losses resulting from the financial crisis, drawing attention to a fictional immigration crisis became a key strategy for Brexit campaign groups (Centre for Economic Performance, 2016). Immigrants’ rights to economic prosperity and free movement are fictitiously placed in competition with citizens’ rights to job security. In this way, the human rights agenda is highly susceptible to being placed in competition with domestic agendas. This is especially true in regions with high levels of displacement and resettlement, where states’ own resources are under pressure and they struggle to realise rights for their own citizens.

Second: it is technically and functionally inefficient.

Human rights law is often not specific or sufficiently detailed enough to rely on to protect refugee rights. For example, it does not specifically prohibit the administrative detention of asylum seekers and other violations against refugees. In this way, Human Rights law is not appropriate to protect refugees due to its function as opposed to refugee law’s function. While Human Rights are standards meant to codify what should happen in a functioning society, Refugee Laws, namely the 1951 Convention and 1967 Protocol, are intended to protect a specific category of people who are not protected by a functioning society – not necessarily victims of violence or other human rights violations by a specific perpetrator – but the inability of a government to protect them. Hannah Arendt famously draws attention to the fact that human rights are directly linked to citizenship rights and can only be protected by the state. Ironically, it is impossible for the very refugees that have lost the protection that citizenship offers to rely on state protection. 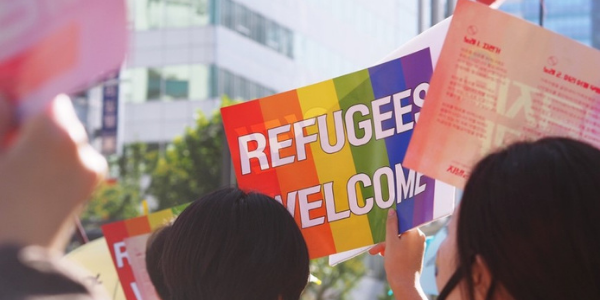 Feminist theory’s observations can be used to supplement these observations of refugee scholars. For the purposes of this research, these findings were divided into three categories which are broadly structured around major pillars of feminist thought.

First: the over reliance on human rights empowers the state.

An anti-statist feminist scholar would identify that relying on human rights to protect refugees empowers the State, because rights are mediated by the State. The non-discrimination principle in the Refugee Convention means that a state law must be discriminatory in order to be persecutory. Many Chinese nationals attempted to seek refuge from their government’s restrictive population policy which included abuses like coerced abortions and involuntary sterilisation. In many cases, refuge was not granted to people who experienced these human rights abuses due to the law of general application;  the law may be persecutory but it is not discrimination against any one group, it is not a human rights violation. However, restricting fertility is an act which may impact women more than men; producing children is inherently tied to women’s worth in many families (Parmar, 2003). In this way, the rights approach could empower states to implement laws that are abusive but still technically abide by the letter of human rights laws.

Spivak is famously quoted as saying that rights are ‘that which we cannot not want’, as they have become the only way for marginalised groups to mobilize, but are deeply flawed for the reason that they empower the state, which is often the very party that has abused these groups in the first place. Anti-statist feminist theory can supplement refugee scholars’ critiques of human rights by drawing attention to how they empower abusive states, often in a way that is specifically gendered.

Second: the private/public divide in rights.

Refugee scholars’ findings can be supplemented by feminist observations about how this approach is more functionally inefficient for gender-based violences. Feminist scholars focus on what rights exclude, such as violations in the private, social or cultural realm like violence against women in the home. Feminists draw attention to how rights were largely written by white Western men who were concerned with what they needed protections from, such as public, economic or political rights from state intervention. This helps to explain why violations based on asylum seekers’ gender are not prioritised in affording refugee status. Gender-based violence is not one of the five categories of protection under which people can seek asylum in the 1951 Convention (race, religion, nationality, membership of a particular social group or political opinion).

Crawley (2000) argues that persecution as a result of refusing to engage with gender-based discriminatory social mores, including refusing to veil, refused forced marriage and providing unsatisfactory dowry, are largely considered to be within the domestic purview of the state and as private rights – so not within the refugee regime’s protection mandate; many of these rights abuses affect women are gender-based. In this way, feminist observations can add to refugee scholars’ observations about how human rights are functionally inefficient due to their origin and subscription to a public/private, domestic/political binary.

Finally: Refugee scholars’ observations can be supplemented by intersectional feminist theoretical observations about how identity politics interact with the State.

Brown highlights that identity-based rights “lock us into the identity” that purportedly caused the rights violation and indeed “enhance it” (2002, p. 232). This reifies socially constructed categories such as race and sexuality, meaning they are identity-fixing, and regulatory of social structures. Identity-based rights claims are often appropriated for political purposes by the state. For example, in domestic discourses around migration in Europe, the rights of white women citizens were placed in competition to the rights of refugee men to seek refuge in the country, after the New Years’ Eve attacks in Cologne in 2015 where over 1,200 women were sexually assaulted. Here, in media and political discourses, the white German woman was portrayed as the victim of these attacks, and the foreign refugee man was portrayed as the perpetrator, despite the national identities of the victims and perpetrators being hugely varied (Sager & Mulinari, 2018). This event justified more anti-migrant domestic discourses in Germany and throughout Europe. Intersectional feminist scholars show that these rights discourses exist in conversation with one another, interact with patriarchy and racism at the state level, and further empower the state as the mediator of rights.

Intersectional feminist scholars would problematize the very term ‘refugee’ as one that is excluding of undocumented migrants, refused asylum seekers and those who’s forms of persecution don’t fit under the narrow scope of the UN Convention, such as victims of sexual and gender-based violence or are aren’t read as such by state asylum determination processes.

Intersectional feminist scholarship (Crenshaw, 1989) highlights that rights law makes it hard for victims to draw attention to more than one form of social power that their discrimination was based on. In the context of civil rights abuses, plaintiffs must choose only one source of injury upon which their discrimination occurred (Brown, 2000). In the context of migration, intersectionality can be used to highlight how asylum seekers can be impacted by oppressions on multiple axes such as sex, race, or sexuality; human rights approaches often fail to account for these intersectional injuries.

For example, Sofia Campos-Guardado was denied asylum in America after being the victim of a politically motivated rape due to her family’s political labour unionising (Sontag, 1993); her discrimination was considered to be gender-based, thus not under the Refugee Convention’s protection mandate (see above). Feminist scholars would see this as an intersection between political and gender-based persecution which requires protection on the basis of both of these forms of oppression combined.

My research identified three ways in which refugee scholars can refine and improve their critiques of the human rights turn of the refugee regime in light of feminist scholarship. These are broadly based around pillars of feminist though, including the oppressive powers of the state, the concept of the private/public divide in rights and how identity-based rights claims of nationals and refugees interact at the domestic level. There is much to be gained if the two disciplines, refugee scholarship and feminist scholarship, talked to each other more about the flaws of the human rights approach, clarifying why human rights approaches to the refugee regime are flawed. 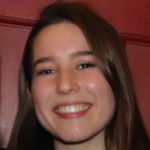 Jenifer Elmslie has recently finished studying for a Master’s in Gender and International Development at the LSE, and is currently working as a Project Manager for COP26 at Cambridge University’s Institute for Sustainability Leadership. Her background is in humanitarian affairs, working at UNOCHA, the United Nations’ humanitarian wing. She is passionate about strengthening the UK’s immigration policies to protect asylum seekers.

Centre for Economic Performance (2016) Brexit and the Impact of Immigration on the UK. London: London School of Economics.

Stevens, Dallal (2016) Rights, needs or assistance? The role of the UNHCR in refugee protection in the Middle East. The International Journal of Human Rights, 20:2.

Bad Behavior has blocked 385 access attempts in the last 7 days.