In a context of growing antagonism between the EU and Russia over their ‘shared neighbourhood’, LGBTQ+ rights in Georgia have increasingly been framed in geopolitical terms. While the ‘European values’ rhetoric may help holding governments accountable, it can also obscure fundamental critiques of the Western liberal human rights agenda.

On July 5, 2021, Georgia’s capital city Tbilisi was shaken by an unprecedented wave of homophobic violence. Faced with the government’s inability (or unwillingness) to protect participants, the Tbilisi Pride organisers called off the planned Dignity March. Meanwhile, homophobic far-right groups tore down the EU flag from the parliament building.

Media and pundits quickly pointed to a ‘geopolitical faultline’ around LGBTQ+ rights in Georgia. According to this interpretation, the homophobic mobs in Tbilisi were part of a Kremlin’s plan to undermine Georgia’s pro-Western foreign policy. This framing has been mobilised for several years now, in a context of growing EU-Russia antagonism over their so-called ‘shared neighbourhood’.

In a recent article, I argue that framing struggles for LGBTQ+ rights in geopolitical terms – which I qualify as geopoliticisation – is not an innocent discursive move. It has double-edged implications for queer communities in the countries ‘in-between’ the EU and Russia.

Looking at the case of Georgia, I show that the geopoliticisation of LGBTQ+ rights provides a strategic discursive framework for activists to advance claims for equality and a particular visibility agenda. At the same time, it obscures fundamental critiques of the Western liberal human rights consensus.

The personal is geo-political

In the past decade, the EU has made the promotion of gender equality and non-discrimination a cornerstone of its human rights policies. ‘LGBT-friendliness’ became synonym with ‘Europeanization’.

In countries like Georgia, aspiring for closer ties with the EU, this conjuncture has allowed domestic advocacy groups to achieve significant legislative improvements regarding LGBTQ+ rights. Notably, a law ‘On the Elimination of All forms of Discrimination’ was adopted in 2014 as part of the EU-Georgia Association Agreement.

Progress in the area of LGBTQ+ rights has helped Georgian politicians to portray the country as ‘European’, thus ‘modern’ and ‘civilised’, in opposition to Russia – the former colonial power from which Tbilisi continues to face military threat.

Nevertheless, LGBTQ+ people still form one of the most vulnerable and socially excluded groups in society.

Simultaneously, social conservatism around questions of gender and sexuality is manipulated by the Georgian Orthodox Church, conservative and, more recently, far-right groups. Closely – but not fully – aligning with the Russian discourse on ‘traditional values’ and ‘Gayropa’, these portray LGBTQ+ issues as a Western conspiracy to destroy Georgian traditions.

Georgian LGBTQ+ politics are enmeshed with colonial legacies, geopolitical rivalries, modernisation projects and attempts to define the country’s place in the world, in-between two competing centres. This imbrication of international and domestic discourses results in the geopoliticization of LGBTQ+ rights.

But how do these processes concretely affect domestic queer lives and activism?

The ‘litmus test’ of Pride

Since recently, the safe handling of Pride marches is considered a ‘litmus test’ for a country’s readiness to join or associate with the EU. In several Eastern European countries, these events became geopolitical-ideological spaces where ‘Europeanness’ could be claimed, as well as (violently) resisted.

In Tbilisi, public space has become a battleground between liberal and conservative groups, with tensions rising high every May 17, the International day against homo-bi-transphobia. The ‘making of’ a first Tbilisi Pride Week, comprising a public Dignity March, in summer 2019 further intensified these struggles.

Thanks to the organisers’ quest for international solidarity, the Tbilisi Pride obtained an unprecedented level of media visibility and political attention at home and abroad. Undoubtedly, Georgia’s geo-political conjuncture contributed to this success.

The holding of a Pride was presented by the organisers and their allies as a test for Georgia’s commitment to ‘European values’. This was a strategy to hold the government accountable, so that it would authorise and protect the march.

Eventually however, due to the government’s reluctance to authorise it and an unexpected political turmoil in Tbilisi that resulted in its postponement, the Pride ended up being a small, guerrilla-style action. Moreover, the queer activist community did not unanimously support the organisers’ approach – and not only due to safety concerns. 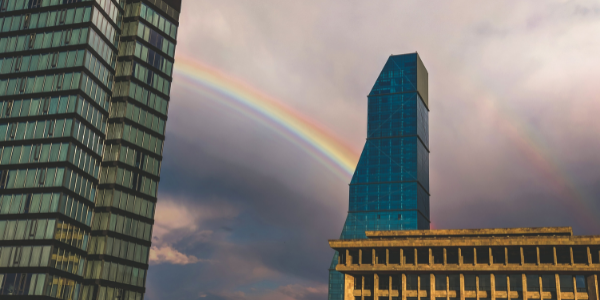 Photo by Kyrylo Kholopkin on Unsplash

Some argued that the focus on internationally-sanctioned visibility practices may divert attention from more locally-relevant conversations – for instance, on queer people’s socio-economic exclusion.

The holding of a Pride was also instrumentalised for geo-political purposes by religious and political forces – which framed it as either a threat to the nation or a matter of pro-European ‘progress’. Simultaneously, the desires and diversity of queer people were sidelined from public discussions.

These insights bring into question Western assumptions that privilege Pride marches as a symbolic response to queer oppression.

Moreover, they shed light on the limits of ‘European values’ as a discursive device to demand equality. On the one hand, it can push governments to adopt LGBT-friendly policies – though lack of implementation and later pushbacks are possible. On the other, it reproduces cultural cleavages between ‘progressive’ and ‘backward’ parts of society – while failing to engage with the economic injustices that feed homophobia.

Indeed, Georgia’s post-Soviet neoliberalism – supported by and enacted in the name of the ‘West’ – has opened up space for conservative actors that produce homophobic discourses; queer people provide easy scapegoats for anxieties generated by economic insecurity.

However, these critiques were downplayed in mainstream media coverage of the Pride – or even dismissed as a consequence of Russia’s disinformation campaigns.

Implications for a ‘geopolitical’ EU

Georgian queer rights NGOs remain largely dependent on Western funding and priorities: these mostly revolve around measurable improvements of the legal framework and visibility-raising in the form of public demonstrations. Reliance on the circuits of global capital limits the space for radical visions of queer emancipation.

Instead of promoting homogenising outcomes, transnational support for LGBTQ+ movements should foster the debate on the types of sexual rights that local communities need in the first place. As laid bare by the covid-19 pandemic, part of the Georgian queer community (particularly, transgender people) lacks access to basic socio-economic rights, including the right to work, housing or healthcare.

Transnational struggles for equality should also re-centre the political economy concerns which are silenced in the Western liberal human rights agenda, and which allow (global) homophobic movements to thrive.

However, by reducing the debate to ‘liberal/pro-EU’ versus ‘illiberal/pro-Russia’ dichotomies, the geopoliticization prevents alternative articulations or leftist critiques of queer rights from being seriously acknowledged.

The dominant (neo-)liberal logic in Georgia expects queer people to exercise their right to freedom of expression, but not criticise the system that fuels social anxieties in the first place. Attempts by Georgian queer groups to build solidarity and intersectional coalitions around shared societal concerns – like poverty, ecology, labour rights, access to healthcare – still remain marginal and fragile.

This also has crucial implications for the EU’s future role in promoting LGBTQ+ rights, at a time when geopolitical fantasies or even civilizational discourses take centre stage in Brussels’ external agenda.

EU officials interviewed for my research claimed that adopting a geopolitical posture means promoting ‘European standards’ elsewhere more strongly. If this is the case, chances are small that the EU will take on board ‘dissenting’ political views and locally-grounded calls for social justice.

Possibly, then, alternative queer politics may only emerge from outside the framework of EU funding and geopoliticised human rights discourses.

This blog piece is based on Laura’s recently published article in Problems of Post-Communism, Where the Personal is (Geo)Political. Performing Queer Visibility in Georgia in the Context of EU Association. 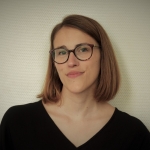 Laura Luciani is a PhD candidate at the Ghent Institute for International and European Studies (Ghent University, Belgium), working at the intersection of critical EU foreign policy and political sociology. Her research examines the European Union’s ‘promotion’ of human rights, gender and LGBTQ+ equality in Georgia, Armenia and Azerbaijan. Inspired by poststructuralist and postcolonial theories, Laura’s dissertation explores how EU paradigms are performed, negotiated and contested by domestic activists and NGOs and the discursive outcomes these multi-scalar processes produce. She tweets @lau_luciani

Bad Behavior has blocked 1108 access attempts in the last 7 days.