Extractivism and the Coloniality of Knowledge Production

Extractivism and the Coloniality of Knowledge Production

The UCU strike has opened up inspiring spaces and conversations on the vital importance of  ‘staff student solidarity’ for making an ‘alternative university possible’. And, it is in this spirit, I want to take you inside our anti-racist, anticolonial, and anti-imperial feminist  classroom where we gather each week to collectively discuss some of these alternatives. Last week, in our ‘Gender, Post/Coloniality and Development: Critical Perspectives and New Directions’ classroom, we collectively read and discussed the structuring logics of extractivism around the globe. This morning as we gather together in solidarity, I want to share some of  our collective feminist readings and thinking on economic, cognitive and financial extractivism with you. 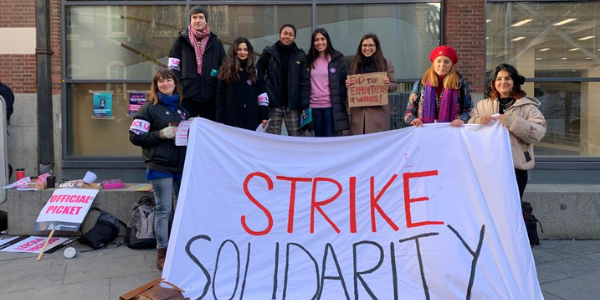 We read Walter Rodney’s magisterial text ‘How Europe Underdeveloped Africa’. Walter Rodney, born in Guyana in 1942 was one of the towering Marxist, Pan Africanist,  anti-capitalist, anti-imperialist thinkers of the 20thc. Many of us here at LSE know that that he gained his PhD from SOAS, just up the road, and for most of his professional academic life taught at the university of Dar-es-Salaam. His scholarship and politics, fiercely critical of middle class elites in Guyana and elsewhere in the Caribbean, led him to be declared persona non grata by the Jamaican govt and he was prevented by the Guyanese government from taking up a Professorship at the University of Guyana. In 1974, he joined the ‘Working People’s Alliance’, a people’s resistance movement against political authoritarianism in Guyana. In 1981, Walter Rodney was assassinated in Georgetown, Guyana. He was 38 years old.

In ‘How Europe Underdeveloped Africa’, Walter Rodney wrote: ‘all of the countries named as “underdeveloped” in the world are exploited by others; and the underdevelopment with which the world is now preoccupied is a product of capitalist, imperialist, and colonialist exploitation’. The true explanation of African underdevelopment, he argued,  lies in the structural ‘relationship of exploitation…of labour and natural resources’, and that this structural relationship is firmly entrenched and kept in place through unfair and exploitative terms of international trade.

We also read  on cognitive and epistemic extractivism.  By ‘cognitive extractivism’, Leanne Betasamosake Simpson, the Michi Saagiig Nishnaabeg scholar, writer and artist, refers to the conversion of Indigenous ideas into economic or symbolic capital without acknowledging the people who produced them but also to how radical critiques of indigenous scholars are depoliticised through ‘assimilation’. Extraction, she argues,

‘removes all of the relationships that give whatever is being extracted meaning. Extracting is taking. Actually, extracting is stealing—it is taking without consent, without thought, care or even knowledge of the impacts that extraction has on the other living things in that environment. That’s always been a part of colonialism and conquest’.

We read Silvia Rivera Cusicanqui, the Aymaran Bolivian feminist anthropologist and social theorist, on the political economy of epistemic extractivism. In her recent book, Ch’ixinakax utxiwa: On Decolonising Practices and Discourses, Cusicanqui powerfully writes: ‘Through the game of who cites whom, hierarchies are structured, and we end up having to consume in a regurgitated form, the very ideas regarding decolonization that we Indigenous people and intellectuals of Bolivia, Peru and Ecuador have produced independently’.

And, finally, as our third text for the week, we read Véronica Gago on financial extractivism. In her 2020 book, Feminist International: How to Change Everything, Véronica Gago, the Argentinian feminist Scholar, writes about the feminist strike as a radical critique of neoliberalism. She links the critique of resource extractivism, labour extractivism, and financial extractivism and connects these to prevailing and ongoing misogynist violence. Financial extractivism operates through the operations of private capital and finance, which have resulted in pervasive general indebtedness,  both ‘generalized  public and private debt’. And, this debt  is directly connected with budget cuts to public services, wage decreases, privatisation/denial of reproductive rights/health care. Women, lesbians, trans and non-binary people are overexploited as workers, domestic workers, sex workers, and are most affected by this pervasive and general condition of indebtedness. She writes: ‘Feminist analysis needs to explain ‘the connections between the territories of the most precarious lives and the abstract apparatus of finance, in order to understand the new forms of exploitation and extraction of value, and in particular the role of women’s and feminized bodies in them’.

Financial and labour extractivism extracts vitality and value from public institutions and infrastructures and turns these into yet another site of exploitation and precarity. And, we see this all around us, not least in the extractivist operations of financial institutions directly extracting profit value and social vitality from universities by forcing through redundancies of academic teaching and professional services staff, and closing departments that don’t rake in ‘profit’. Financial extractivism has turned students into consumers, albeit, severely indebted ones, and knowledge into a ‘marketplace for ideas’, where the market decides which ideas will be taken up.  But make no mistake, this is no free marketplace of ideas; ideas and teaching that threaten to disturb the status quo are swiftly silenced, and removed from protection and duties of institutional care. Extractivism has not only hardwired exploitative practices and relations into all the structures of university life, but has also made the UK university sector among the most prohibitively expensive in the world, bringing thereby, the idea of a public university to its absolute knees. Even as tuition fees have trebled since 2009, precarity and casualisation has become a norm in the sector with nearly 75,000 colleagues on precarious contracts. Over the last decade, the wages of academic staff have been cut by 20%, and the prevailing gender, ethnicity, racial and disability wage gaps together with racialised gender hierarchies exposes the inequality and injustice at the heart of the system. And, if that weren’t enough, university managements want to extract profit and vitality from our pension funds by cutting nearly 40% of their value, and through a wholly dishonest and unaccountable process.

What is unmistakably clear across the three texts we read last week is their identification, recognition and insistence on the coloniality of knowledge production underpinning the structures and practices of extractivism across different sites, which not only normalize extractivist operations but also produce legitimacy for these.

For Walter Rodney, for instance, it is the ‘racist trend’ in European scholarship that fails to recognize exploitational relationships. According to him, Western scholars prefer to moralise and speak of civilizational backwardness and stagist theories of human evolution and development rather than structural exploitation. In Cusicanqui’s writings, it is the knowledge originally produced in Latin America that is now being recycled as something original by star academics in the Global North. But she is also scathing in her censure of scholars who appropriate ideas of thinkers representing those engaged in struggle without engaging politically with the social movements and campaigns of Indigenous and Afro-descendant peoples. But above all, the three texts demand that we cannot rest at producing only critiques of extractivism alone. Critique, although very important, not least because it shines a light on the racial -colonial logics  that inform institutional structures and operations of power, must only ever be the starting point of building an egalitarian university for all.  And, as the most significant anti-capitalist philosopher who lived and worked just over a mile from here at the LSE, once said:

“The philosophers have only interpreted the world, in various ways. The point, however, is to change it!

And, so the crucial intervention by these scholars of economic, epistemic and financial extractivism is that what holds cannot continue to hold any longer. What is urgently required is reconstruction, rebuilding and remaking. And that this work of reconstruction, rebuilding and remaking must begin from a different starting point, and from a starting point that doesn’t assume extractivism and coloniality as the foundation of university and academic life. 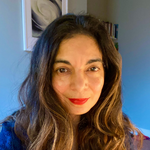 Sumi Madhok is Professor of Political Theory and Gender Studies at the London School of Economics and Political Science. Her most recent book is titled: Vernacular Rights Cultures: The Politics of Origins, Human Rights and Gendered Struggles for Justice ( 2021). She is also the author of Rethinking Agency: Gender, Developmentalism and Rights (2013) and the co-editor of Gender, Agency and Coercion (2013), and The Sage Handbook of Feminist Theory (2014).

Bad Behavior has blocked 397 access attempts in the last 7 days.