In the wake of the 7.0-magnitude earthquake that devastated Haiti on 12 January 2010, the Haiti Gender Shadow Report highlighted the failure to involve women in the disaster management process. I investigated what hindered women’s engagement in the post-earthquake response planning and implementation, what this entailed and how women nevertheless contributed to the relief and reconstruction efforts. To establish whether women’s needs were met, I followed Maxine Molyneux’s definition of practical gender interests – women’s immediate needs – and strategic gender interests – women’s emancipation, political representation, and gender equality.[1] My research [2] found that Haitian women’s organisations never lost sight of strategic gender needs, which are crucial to meet women’s practical, everyday needs.

Women’s contribution to disaster management is often made invisible, undervalued, or relegated to “female tasks”, i.e., domestic and reproductive work. The 2010 Haiti earthquake was no exception. Gender norms and roles appeared as the main hurdle to women’s involvement. Carole, the former leader of a local NGO, made this clear:

Don’t expect people’s mentality to change during disasters. Women will take care of the children, the sick and the elderly, while men will search for survivors trapped under rubble.

Our cameras were off due to an unstable Internet connection, but I could hear Carole smiling as she told me that in the camps for internally displaced persons (IDPs) “women were constantly busy cleaning, washing, looking after children, whereas men played cards or domino – they had very little to do!” Women’s participation was limited to “female tasks”. Although essential and worth of recognition, these not only tend to be devalued and taken for granted precisely because they are typically carried out by women “within the household”, they also take away most of women’s time, leaving managing and decision-making to men. 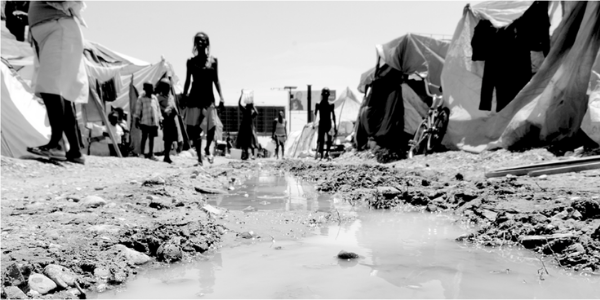 Carole continued her account with a compelling anecdote that perfectly highlights the patriarchal structures underpinning the Haitian society: by registering for aid distribution with their husbands’ or male relatives’ names, women risked being excluded from the redistribution.

My NGO had organised a census of all households living in the nearby camp to distribute a tarpaulin sheet each. However, on the day of the distribution, most women remained empty-handed. “What name did you give?”, we asked them. It turned out that women had given their husbands’ names or even their brothers’ or male relatives’ names – who at times did not even live in Port-au-Prince – since they had been  asked to provide the name of the household head. In their mind, the household head […] must be a man, even if women were the sole breadwinners! [3]

The other interviewees also hinted at gender norms and roles as major hindrances to women’s participation in disaster management. “Men withdrawing or threatening to withdraw resources from women and telling them this is not their place”, said Kate – the former Executive Director of a Haiti-and U.S.-based development organisation – was the main obstacle to women’s engagement. In turn, Claire – a Haitian ethnographer – explained that camps committees were male-dominated “even when the population of the camp was predominantly female”, while Tatiana – a Haitian gender scholar – described women as “very active behind the scenes […] but rarely in position of leadership.”

A male-dominated and male-centred system

Aid distribution and reception is a thorny gendered issue in the planning and implementation of a post-disaster response. When asked about favouritism towards men and boys during the recovery phase, Kate bluntly pointed out that “a disaster played on disaster: not only you have that family practice going on, now you see it on an institutional level!” Eleven years on, and I could still hear the genuine outrage in Kate’s voice as she repeatedly described aid agencies as patriarchal and male- dominated. Claire added more details:

These protocols were generally implemented by men: they were the ones handing out the tickets to access the distribution […] and they could decide without supervision which women could receive them and which couldn’t […]. This led to several cases of abuse, sexual blackmailing and unorthodox exchanges between men and women.

When aid was distributed to women, Carole told me, men would make sure to be in control. However, Suzie – the director of one of Haiti’s major feminist organisations – interestingly pointed out that the earthquake had left many men “in a situation where women generally find themselves in: alone with dependent children.” Thus, the choice of directing food aid to women penalised single men, which clearly shows the importance of adopting a gender lens to establish gender-specific needs.

Gender-based violence: Just a piece of the pie

Gender-based violence (GBV) [4] was another obstacle to women’s participation in disaster management and most interviewees were adamant about the need to include women in the planning and enforcement of the measures to tackle GBV. According to Kate, it was women who mobilised and took things into their own hands. Without their intervention, women’s needs would have been neglected. This view was corroborated by Francine, the Executive Director of a U.S. NGO:

What was happening in the camps [in terms of GBV] was a clear indication of why there needs to be more participation of local women.

Francine seemed convinced that supporting and including local women’s associations in the disaster management would have helped tackle gender-based violence more effectively. Similarly, highlighting the need  to rely on the savoir-faire and knowledge of grassroots women’s movements, Suzie argued that local feminist associations were the best placed to deal with GBV:

[…] feminist organisations are used to doing this kind of work in normal times […] they find it much easier to readjust or adapt as they already have the knowledge of what triggers violence, the knowledge of the strategies normally employed by women.

Suzie explained that local feminist associations attempted to offer both practical, short-term remedies as well as long-term, structural solutions. In other words, they tried to meet practical and strategic gender interests:

We don’t work exclusively on GBV, but also on political participation, health, and access to resources. […] Violence is a problem, but it’s not the only one. The issue of violence also requires that we look at the surrounding environment and that we consider the political reality […], that we examine structural and conjunctural problems. Violence against women is only a moment and it doesn’t define women’s lives, that’s why we talk about survivors and not victims.

Kate shared Suzie’s view and powerfully concluded her argument stating that GBV is “a piece of the pie, not the whole pie!”

While all interviewees agreed on women’s most pressing needs in the earthquake aftermath, I was mostly struck by how they were also adamant in asserting that gender equality and empowerment were equally demanded despite the appalling circumstances. Kate told me confidently: “Women wanted to be more in charge of the decision-making so that these types of things [GBV, appropriation of meal-tickets by men, etc.] wouldn’t happen!” For Carole, women wanted financial autonomy:

We had distributed vouchers so that people could go to the shops and get what they wanted. Certain things had been completely forgotten, like soap and sanitary towels. […] Women were happy to have the choice!

Choice is indeed crucial to meet strategic needs in that empowerment can be defined as “the processes by which those who have been denied the ability to make choices acquire such an ability.” Instead, having limited choice might preclude one from seeing or advancing their own structural interests.

Many women also took literacy classes: “Street vendors always arrived first. One of them was disabled and there she was with her walking stick!” Thus, even in dire circumstances, strategic needs are as important as practical everyday necessities and, perhaps, the latter are only ensured when the former are guaranteed. Let us consider housing. Even when they have a house, Haitian women’s situation is precarious as they tend to have no land rights. Furthermore, many women live in plaçage, a form of cohabitation not legally recognised. Carole told me that her NGO built around 200 houses outside Port-au-Prince:

We had to fight for the houses to belong to both men and women […]. There was a clause stating that if they no longer lived together, the house would go to the woman. [5]

This basic need cannot be fully met if women do not have equal property rights to men. Gender equality is therefore the necessary precondition to guarantee the durable satisfaction of basic interests.

Once again, Suzie brought in the feminist perspective: “Feminist organisations were operating on two different levels: responding to the emergency needs and thinking about long-term, structural needs.” For instance, in May 2010 – after a long battle feminists led together with the Ministry on the Status and Rights of Women – the Haitian Chamber of Deputies ratified the Responsible Paternity Act, making men accountable to children born out of wedlock. Strategic gender interests never ceased to be central.

“We tried to repair the rubble, but we will never be able to rebuild on it.” (Claire)

In the months following the disaster, efforts focused on clearing the debris. However, without getting rid of the debris of violence, classism, economic dependence, and gender inequality, these structural problems will inevitably resurge. Similarly, neglecting strategic gender interests undermines the progress made in terms of practical gender needs. While in the aftermath of the earthquake aid agencies and INGOs mostly focused on the immediate relief, local feminist organisations never lost sight of the more strategic needs that women were themselves expressing: education, empowerment, leadership, equality. Therefore, even after a devastating event, women’s strategic interests do not take a backseat. Rather, they become a necessary pre-condition to guarantee the most basic and pressing needs on a long-term basis. 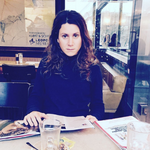 [2] My research was carried out between May and August 2021 and was based on oral and written interviews with six key informants as well as on secondary sources. Carole, Claire and Suzie spoke or wrote in French and when quoted, their words have been translated by me. To guarantee participants’ anonymity, I used pseudonyms.

[4] Given the focus on women of this research, the term GBV is here synonymous with violence against women and girls.

[5] While this might seem excessively unbalanced towards women, it was thought of as a necessary deterrent to prevent men from leaving their partners with no consequences and without having to take any responsibilities for their children.

Bad Behavior has blocked 250 access attempts in the last 7 days.