A lot has been made of the U.S. Republican party’s primary campaign’s descent into a figurative “dick- measuring contest” during candidate events, interviews and even debates. While many have criticized such exchanges, pointing to them as symbolic of a larger problem, a part of the GOP’s identity crisis or the further erosion of civility in politics, it remains to be asked, how do dick jokes figure into ideas of what it means to be president? Why does it matter? This continued use of gendered language by Republican candidates to deride and reduce opponents’ ability to lead vis-à-vis their masculinity only underscores embedded perceptions of politics as a man’s game in which women don’t play. For women, it makes winning political campaigns that much harder.

Before candidates’ genitalia entered so blatantly into the debates, they played a figurative role in the campaign, albeit a more coded one. Early in the 2016 GOP primary season, before former Florida Governor Jeb Bush dropped out, he was plagued by fellow candidate Donald Trump’s mockery of him as a “germophobe” and for being “low energy.” These insults, painting him as a fussy, lethargic imitation of a man, were part of a routine used by Trump to reduce perceptions of Bush as a leader. This repeated insult of Bush’s supposed “low energy” tapped into a broader theme, which has persisted even after Bush’s departure from the race – that of emasculation. Trump’s use of “low energy” connoted a level of impotence, cutting into possible perceptions of Bush as a “strong man,” and encouraging voters to ask themselves if they want a president who will be too tired to perform his duties (double entendre intended). Following this rationale, diminishing your opponent as a man diminishes him as a leader.

As the campaign season progresses, these presumably coded attacks on candidates’ “masculinity” have not subsided. If anything, they have ratcheted up in frequency, boldness and volume. Take, for example, Trump’s continued characterization of Florida Senator Marco Rubio as a little boy, repeatedly calling him “Little Rubio” or “Little Marco.” Calling Rubio “little” may speak overtly and literally to his physical stature (although, we should note Rubio is 5’10”), but what Trump is also doing through such a characterization is infantilizing him. 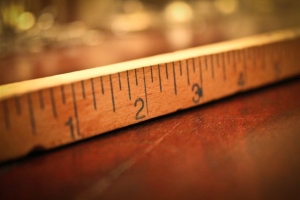 Rubio is a little boy playing a “man’s game.” This reduction of Rubio to a half-man, or man-child emasculates him and, as a result, aims to undercut his authority as both a man and a leader. If Rubio is not a man – a bona fide occupational qualification for the job – he must lack the strength, weight, and stature to be the next president.

As Super Tuesday approached, Rubio fought against language of him as “small” by questioning and casting aspersions on Trump’s virility and heteronormative masculine identity in much less covert language. At a campaign rally in Virginia the night before Super Tuesday, Rubio told the audience, “I’ll admit he’s taller than me, he’s 6’2′′ which is why I don’t understand why he has hands the size of someone who’s 5’2′′. Have you seen his hands? You know what they say about men with small hands. You can’t trust them.” While barbs about the size of Trump’s penis may or may not cast him as a joke among voters, these comments do suggest, even jokingly, that size matters in shaping public perceptions of these candidates as men and as leaders.

But the dick talk didn’t stop there. The Republican debate in Detroit gave voters a chance to reassess the candidates’, specifically Trump’s, “qualifications.” “No one has ever hit my hands. Look at those hands; are those small hands?” said Trump during the debate. “And he [Rubio] referred to my hands as if, if they’re small, something else may be small. I guarantee to you, there’s no problem, I guarantee!”

The continued narrative in which a small penis not only makes a mockery of a candidate but renders him unfit for the position is problematic on a much larger scale, and speaks to the trouble women have when attempting to inhabit the role of candidate. In this case, the Republican candidates tap into existing sociocultural narratives about size, using male genitalia metonymically, or as a symbol of leadership capabilities. The bigger they are, the better they’ll be able to serve the country. But by connecting size – and thus, by default, presence – to the very qualifications necessary to be president, women are left on the outside, abnormal and lacking.

This is not to say women cannot and do not succeed in winning major political races. It’s just harder for them. When women adopt the role of political candidate (or really, any position of leadership), they are likely to face criticism for however they choose to mediate, embody, or adopt what traditionally has been considered the purview of a man. Such criticism, both veiled and overt, often renders these women grotesque, either as a woman or as a candidate; you’re either too much of a woman or not enough. At any rate, women are perceived as acting outside of whatever role to which they aspire. A woman is tough? She’s a bitch. Shows a modicum of emotion? It’s a ploy (e.g. Hillary in NH ’08), or she’s unstable (read: on her period). When I typed “U.S. presidential candidates too ambitious” into Google, the only candidate that appeared in the results was Clinton. Type in “Hillary Clinton ambitious,” and you get “too ambitious,” “pathologically ambitious,” “irrational ambition,” and “ruthless ambitions.” But perform a similar search but for a male candidate, and ambitious isn’t an insult or syndrome – it’s an action. Men have ambitious plans or proposals – not something wrong or diseased in their character. Why? For a woman to act ambitious is unappealing; it’s at odds with normative and entrenched ideas about their gender. But for a man, ambition is part of the job description; it is desired and expected. In a man ambition implies … well, that he has big hands.

The language GOP candidates are using to undermine and, ultimately, emasculate one another continues to conflate masculinity with leadership and men with power until it’s hard to imagine one without the other. While such jabs may make for entertaining TV, it reinforces an embedded and oh-too-slowly eroding narrative: Women are lacking. Women are weak. Women don’t have the balls to be president. So, maybe it’s not only the size that matters

Kimberly Killen holds an MSc Gender, Media, and Culture from the LSE, and a dual undergraduate degree in Political Science and English from Wellesley College. In the fall, she will begin a doctoral program in Political Science at the University of Colorado Boulder. She has a particular interest in constructions of citizenship and nationalism, the construction and application of feminism as a political movement and how this operates in the political sphere, especially in the United States.

Bad Behavior has blocked 247 access attempts in the last 7 days.