Disclosure and exposure in the neoliberal university

Disclosure and exposure in the neoliberal university

This Spring, as part of a collaborative partnership of colleagues from the UK and 5 other European countries, I helped to launch a European Commission-funded project entitled ‘Universities Supporting Victims of Sexual Violence‘. Our main aim is to create university environments in which students can disclose experiences of sexual harassment and assault, through providing ‘first response’ training to key staff. We have committed to training 80 staff in each of our 13 Partner and Associate Partner universities.

As we begin our work, I want to think more deeply about disclosure. The word is loaded, and the act is too: laden with emotion and often perceived as a threat. It means to reveal, to expose, to name something which creates discomfort and shame. Sexual harassment and assault in universities is pushed under the carpet in every national context I have studied, both within Europe and further afield. The 2015 film The Hunting Ground portrayed US university campuses as sites where sexual predators roam with impunity. Although I was not a fan of the film’s restitution-retribution narrative, it relayed powerful testimonies by survivors who described a heartbreaking silence which resounds across national borders.

In both the US and the UK, disclosures are made within institutions shaped by neoliberal and new managerial rationalities. These both force and inhibit speech in a variety of ways. While not over-simplifying neoliberalism and/or over-stating its effects, a key question for our project must be: what does it mean to respond to disclosure in this context?

Silences within the neoliberal institution have been the subject of much discussion. Less often, we explore how HE sector frameworks, practices and cultures are dependent on particular types of disclosures. Evaluation requires information: as Stephen Ball argues, we must make ourselves ‘calculable’ within contemporary performative regimes. The REF demands descriptions of our departmental intellectual homes; the NSS asks students how they feel about our teaching; we represent our ideas and ambitions in particular (or on particular) forms for annual appraisal. Benchmarking exercises such as Athena SWAN and Stonewall Diversity Champions require us to document our successes, admit our failings and promise to fix them. Foucault’s modern confessional comes to mind here: just as we are asked to give up the secrets of our bodies and minds to doctors and psychiatrists, audit culture demands that we give up the secrets of our labour.

Neoliberal rationalities intersect with the gendered cultures of universities. I have written extensively about student ‘lad culture’, contending that within the contemporary university, this often articulates itself through modes of sexual audit. Like other forms of audit, these force particular types of disclosures: ‘conquests’ must be documented and assessed. The notching up of ‘lad points’, Heidi Mirza reminds us, is not restricted to students: retro-sexist masculinities are at play at all levels of the academy, from the bar to the boardroom.

Citing Felly Simmonds, Mirza also reiterates that for those marginalised within academic environments and discourses, legitimacy often depends on disclosing private information. Women of colour, LGBT+ people and others are excluded from the realms of abstract theorising and speech. We are pushed into the personal register, but this position is vulnerable to dismissal and derision. Partly in response, feminism and other resistant political forms have rightly reclaimed the personal as epistemology. However, I have argued that in a neoliberal context in which both knowledge and experience have become capital, personal disclosures can be weaponised within political movements to shore up power and privilege. Disclosure is complex, then, for our engagements with and our resistances against, the neoliberal institution. 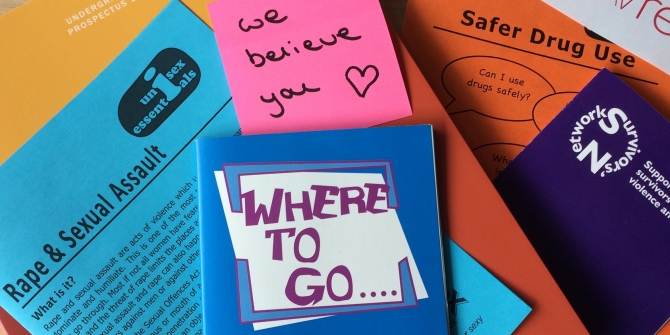 Disclosure is exposure. But exposure for whom? We expose ourselves when we disclose what has happened to us. We also have the potential to expose those who have hurt us, at individual and institutional levels, but this is commonly not realised. We fear exposing ourselves but perhaps even more, we fear exposing them: there will be consequences. This thought is often enough to stop us from disclosing in the first place.

Disclosures are situated within reckonings: for survivors and for the institution. The terms of these are frequently dictated by marketised reputational games. The same systems of monitoring and evaluation which demand some disclosures deny others, insisting that everything is presented with a ‘good spin’. This gives rise to the figure Sara Ahmed has named the ‘institutional killjoy’ (a relative of the feminist killjoy), who ruins everything with their complaints. Like disclosure, complaint is a loaded word. As Whitley and Page remind us, it places the focus on those who complain, rather than those who are complained about. Ahmed puts it like this: ‘those who are damaged become the ones who cause damage. And the institutional response can take the form of: damage limitation.’

Institutionally, disclosure is reckoned up as a market problem. As I have previously suggested, this operates at multiple levels, from departmental micro-politics to the grandiose idea of ‘bringing the university into disrepute.’ Disclosures, rather than the acts of sexual violence they refer to, are what is disreputable because economic values have replaced civic ones. Institutional reckonings around disclosure reduce students and staff to fungible objects within cost-benefit frameworks. This means that disclosures are problematic only inasmuch as they threaten the welfare of the institution.

As a result, as Ahmed contends, complaints often become an injury to the offender: this is especially the case if he (and it is usually, but not always, ‘he’) is seen as an asset. Disclosures can take down star Professors or threaten fraternity endowments and sporting success. Citing Code’s work on testimony, Whitley and Page argue that disclosures can eventually become challenges to hegemonic accounts of what a university is. Spin does not survive long in the face of sustained truth-telling: this is the ultimate reputational risk.

One of the ways power operates is to cover some people up. Some of us are used to revealing ourselves: our bodies are marked as public property; experience is our most legitimate source of knowledge. Others are not to be exposed. Whitley and Page point out that confidentiality, while essential to facilitating disclosures, can also operate as a means to protect high-profile individuals and institutions from damage. The ‘laddish’ disclosures I have documented are made by men, but it is women’s bodies which are laid bare: ‘lad points’ demand that women’s boundaries are crossed, their secrets told. Indeed, when these acts re-appear as women’s disclosures of sexual harassment and assault, they are minimised and denied. When we disclose within such power relations, we only expose ourselves.

In a neoliberal institution, layers of bureaucratic leverage are bundled around the powerful. Whitley and Page highlight how hierarchies between staff and students both enable and conceal abuse; student communities are also characterised by varying degrees of social and institutional privilege, as are relations between staff. The manager who sexually harasses you at the Christmas party also allocates your teaching, conducts your annual appraisal, and assesses your requests for research leave. There are more impersonal bureaucratic controls as well, including stressful and opaque complaints processes which mean it is often easier to keep quiet. As Ahmed points out, the word ‘harass’ derives from the French word for ‘tire’ or ‘vex’, and harassment and bullying succeeds by increasing the costs of fighting against it.

I have argued in the past that audit culture also makes it difficult to look up from our desks to support our students and colleagues who are suffering. This, in turn, normalises harassment and assault and inhibits disclosure. As Whitley and Page put it: ‘If everyone knows what is happening, and yet no one objects to it, then what would reporting it do?’ If boundaries are being crossed in the open, then there is nothing to expose.

It is not surprising, then, that only 4 per cent of UK women students experiencing serious sexual assault report to their universities. This is not just an issue of ‘speaking up’: it is not that simple and it will not be easy to fix. It is about whose speech counts and how, and what kinds of disclosures are elicited and ignored. For our project, there will be a challenge involved in moving beyond the act of disclosure to explore its context. Indeed, disclosure is not just an act: it is an idea and a process which goes to the heart of issues of power and violence in the neoliberal institution.

This post first appeared on genders, bodies, politics website on 18 May 2016, and is reposted here with permission. 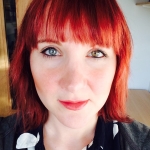 Alison Phipps is a political sociologist focusing on how neoliberalism shapes contemporary higher education institutional cultures and feminist political practice. Her 2014 monograph The Politics of the Body explored how the dominant macropolitical coalition of neoliberalism and neoconservatism frames contemporary feminist rationalities and politics. She is currently leading research at Imperial College London focused on the interactions between neoliberal institutional cultures and issues of equality and diversity. She has written extensively on ‘lad cultures’  amongst students and how these embody neoliberalised modes of sexual audit, and is currently also co-leading a European Commission-funded project providing sexual assault disclosure training to university staff, with an emphasis on obstacles to disclosure in the marketised higher education sector.

Bad Behavior has blocked 275 access attempts in the last 7 days.