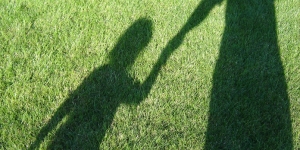 News earlier this year revealed that only a very small proportion of new fathers in the UK have made use of parental leave since the new ‘Shared Parental Leave’ entitlement was introduced in 2015.  While well-designed policy can support shifts in behaviour (Himmelweit and Sigala 2004.), it seems that this particular policy change has done little to address responsibility for care of infants within UK homes.

Equal sharing of parental leave is vital for enabling gender equality and eliminating workplace discrimination, and is mandated by a 2010 EU directive[1].  In addition, new research (Brandth and Kvande 2016; Wall 2014) is beginning to show that changing norms around who cares for children has the potential to ‘undo’ fixed gender roles, pointing to the importance of prioritising social policy that enables sharing of parental leave.

The lack of behaviour change as a result of the ‘Shared Parental Leave’ policy, launched in April 2015, is perhaps unsurprising.  The Shared Parental leave (SPL) policy actually isn’t hugely dissimilar from its predecessor introduced in 2010, ‘Additional Paternity Leave’ (APL).  The key differences are that transfer of leave from the mother to the father can now take place straight after the obligatory two weeks of maternal leave post-birth and greater flexibility in splitting the leave between parents.  It’s also worth noting that the ‘newly designed’ policy did not take on board earlier and more progressive proposals (Department for Business, Innovation and Skills, 2011) aimed at creating greater equality in parental leave use; for example, introducing a non-transferable period of leave for each parent (i.e. creating a ‘daddy quota’) (O’Brien, Koslowski and Daly, 2015).

Research published this year by researchers in Spain, Carmen Castro Garcia and Maria Pazos Moran (2016), shows that non-transferability and payment are key factors in fathers’ use of leave. In the UK, neither of these are the case.  The Shared Parental Leave policy does not mandate a ‘use-it or lose-it’ father-only quota of parental leave beyond two weeks of paternity leave paid at (low) statutory rate (£139.58 per week).  In addition, parental leave entitlement comprises the transferable component of maternity leave, which is not well remunerated in the UK when compared to provisions in other European states.

Castro Garcia and Pazos Moran used 2008-10 data and policy analysis from 21 countries across Europe to construct the ‘Parental Leave Equality Index’: a projection of the total parental leave time that men and women would use in each country, based on existing policy frameworks for each nation.  In this study, the UK obtained the lowest possible score: 0 on a scale of 0-0.5. This is in stark contrast to Iceland, with the highest score of 0.33.  Portugal, Sweden and Norway scored 0.29, 0.18 and 0.17 respectively, demonstrating the lack of enabling environment provided by UK policy for genuine sharing of parental leave[2].

Why care about care?  Or, why do changing parenting roles matter?

Nancy Chodorow’s ‘The Reproduction of Motherhood” (1978) theorised that “the fact that women, and women only, are responsible for child care in the sexual division of labor has led to an entire social organisation of gender inequality and that men as well as women must become primary carers for children if that inequality is to change” (as cited in Rich 2003).  Addressing the gendered division of labour through promoting men’s caregiving and childrearing are part of the ICPD Programme for Action (Chapter 4, Section C).  EU legislation also mandates member states to encourage more equal sharing of caring responsibilities between women and men[3].

Caring responsibilities and unequal division of reproductive labour affects gender equality in all dimensions.  Caring labour can constrain career options and progression, reinforcing male-breadwinner norms. Research by the Institute for Fiscal Studies (IFS) hit the news headlines in August 2016, revealing the entrenched gender pay gap and highlighting the fact that motherhood contributes significantly to the continued wage disparity between men and women (see Independent.co.uk; thecourier.co.uk; thetimes.co.uk (subscriber access only); guardian.co.uk; bbc.co.uk).  Arguably, gendered caring norms area major contributing factor to the gender pay gap, are a central issue in discrimination against women in the labour market (Including pregnancy and maternity-related discrimination), and contribute to the perpetuation of the social devaluation of care work.

It almost goes without saying that social norms are a key factor in making decisions about who does care work.  Nancy Folbre’s seminal 1994 work, Who Pays for the Kids, shows how the division of household and caring labour both affects and is affected by individual choice and circumstances, as well as institutions and social norms.  But how do norms come into being and how are they maintained? Judith Butler understands gender as a “regulated cultural mechanism” (1990) that shapes what counts as normal and ‘abnormal’ in terms of behaviour and responsibilities.  Butler shows how, socially, we come under pressure to conform to what is expected of us, because of our gender.  By doing this, we repeatedly perform an ‘act’ of being a specific gender, and gender is thereby constructed through this repetition of actions. This understanding of gender as “performative” can help us to think about parenting.  Theorists have varying perspectives on parenting as performative.  One argument posits the possibility for radical transformation of gender roles through parenting actions, via repeated acts of subversive repetition (Oh 2009).  Conversely, changes to gendered patterns of primary caregiving can be understood as failing to destabilise gender, since ‘involved fathering’ or lesbian mothering conform to an existing heteronormative framework.  With this way of thinking, disrupting the “normative gendered discourse of parenthood” only becomes possible through the radical establishment of new subject positions (Nentwich 2008).

Norms are sticky and difficult to change.  ‘Undoing gender’, or challenging entrenched gender norms and roles, is hard work that requires sustained subversion and resistance at individual and community level.  It is difficult to theorise radical subject positions when it comes to parenting roles and it doesn’t help that the UK policy discourse reinforces a heteronormative conceptualisation of parenting[4]. However, performative subversion in relation to changes in gendered caring norms opens up possibilities to undermine the gender binary, as well the heteronormative assumptions surrounding parenting policy.

A study published by researcher Karin Wall at the University of Lisbon (2014) discovered that some groups of men in Portugal who used ‘home alone leave’ (i.e. parental leave where they were the primary carer, on their own, for one month or more) found their caring behaviour challenged differentiated gender roles and called the fixity of gendered norms into question.  Research conducted in Norway and published this year (Brandth and Kvande 2016) has also found that ‘engaged fathering’ and caring work has the potential to create new masculinities and thereby reconfigure fixed gender roles. Berit Brandth and Elin Kvande observed that fathers’ primary responsibility for a period of leave provided “indications of a new caring masculinity into which love and affection are integrated”.  They also discovered that fathers were able to think of caring work within the parameters of more traditional constructions of masculinity, though defining caring as ‘hard work’.

Both of these research projects acknowledge that greater research is required to fully understand the processes of change that ‘engaged fathering’ can instigate.  However, preliminary findings do demonstrate that ‘performing’ roles typically denoted as the domain of the opposite sex—subverting gender norms—has the potential to break down differentiated gender roles.  Promoting men’s caregiving, and undoing gender roles in this way, therefore opens up possible spaces for challenging gendered caring norms that maintain the gender wage gap and discrimination against women in the labour market.   It makes sense that the more ‘normal’ it becomes for all parents to share childcare responsibilities, the less incentive there can be for employers to discriminate against hiring women on grounds of care leave.   And if performative subversion of parenting roles can undo gender norms at a household level and alter conceptions of masculinity, and the household is a formative space for gender norms, then there is scope for this to translate into a wider change in societal understanding of gender roles.   If gendered inequality is partially constituted and reproduced through women’s role as mothers in the division of labour, then men sharing equally in primary care responsibility for children, including use of ‘home alone’ leave, is critical for addressing this inequality in society.  A reframing of policy design and discourse away from reinforcing dominant heteronormative assumptions about parenting is also required, in order to support articulation of radical new subject positions—in whatever shape these take.  This would serve to further challenge the gender binary and, crucially, ensure that same sex couples can too access their rights to balance work and family responsibilities and share equitably in reproductive labour.

To set our sights on truly undoing gender and transforming gender relations then we must ask: who does the care work?  Caring norms are foundational in the household and diffuse throughout society. If we seek to eradicate the gender pay gap and promote gender equality at work and at home, then well-designed, or ‘enabling’, government policy is key to creating an environment where all parents can truly share parenting.

[1]Council Directive 2010/18/EU: “To improve the reconciliation of work, private and family life for working parents and equality between men and women with regard to labour market opportunities and treatment at work.”

[2]It is important to note that the scale was constructed using data on policy environment taken from 2008-10, and therefore does not reflect the recent change in UK policy.  However, the material impact of the UK policy change is not substantial, and two of the key criteria on which the PLEI scale is constructed are payment for leave and transferability/nontransferability, which have not been addressed in the new policy.  Accordingly, it is unlikely that the UK score would improve significantly if the scale were revised.

[4]For example, leave designed specifically for the second parent is defined as ‘paternity leave’ rather than partner leave or parenting leave, with significant discursive implications for e.g. lesbian parents.

Jules Allen completed her MSc in Gender Research at LSE’s Gender Institute in 2014. She is especially interested in heteronormativity, gender and postcoloniality and the gendered division of labour. She has worked within the international development, health and social care and higher education sectors and is currently based at the University of Westminster.

Bad Behavior has blocked 1066 access attempts in the last 7 days.